"Kraft shareholders will receive 49% of the stock in the combined entity, plus a special cash dividend of $16.50 a share,'' the companies said in a statement yesterday. 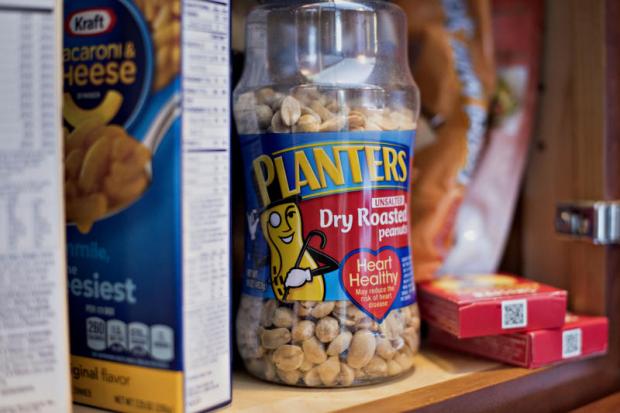 Kraft Foods products are arranged for a photograph in Tiskilwa, Illinois. Bloomberg

Berkshire and 3G will invest $10 billion in the new business, which will be known as Kraft Heinz Co. It will have dual headquarters in Pittsburgh and the Chicago area, with current Heinz chief executive officer Bernardo Hees staying at the helm.

The deal creates a stable of household names — everything from Heinz ketchup to Jell-O — with revenue of about $28 billion. It also could presage more consolidation in the US food industry, which is struggling to reignite growth.

Buffett and 3G, the private-equity firm founded by Brazilian billionaire Jorge Paulo Lemann, previously teamed up to buy Heinz in 2013 and they cut costs, a strategy they aim to repeat with Kraft.

"3G has squeezed a lot out of Heinz and now they will do the same job at Kraft," David Turner, an analyst at research firm Mintel, said in an interview. "When Buffett invests in a sector, it gives a sign that the sector is ripe for acquisitions. This will flag up other opportunities."

Though the Kraft spin-off kept the name of the original business, it was smaller and relegated to the US market. While Kraft has plenty of iconic brands, including Velveeta and Philadelphia Cream Cheese, the company hasn't been able to energise sales in a mature industry.

With the merger, Kraft's products will benefit from Heinz's presence outside the US. The two companies also expect to trim $1.5 billion in annual costs by the end of 2017.

"This is my kind of transaction, uniting two world-class organizations and delivering shareholder value," Buffett said in the statement. "I'm excited by the opportunities for what this new combined organisation will achieve."

Alex Behring, chairman of Heinz and the managing partner at 3G Capital, will become chairman of the new company after the closing of the deal, which is expected to happen in the second half of this year.

John Cahill, Kraft chairman and CEO, will become vice chairman, as well as heading a newly formed operations and strategy committee on the board. A new executive team for the combined global company will be announced during the transition period.

Kraft management has been in turmoil in recent months. CEO Tony Vernon stepped down in December, with Cahill taking over the job.

The company's top finance and marketing executives also left in February, and Kraft added the role of chief operating officer.