The development bank and plans to improve overland and maritime trade and transport routes were focal points of the annual Boao Forum for Asia on the southern island of Hainan.

"Facing the fast-changing regional and international landscapes, we must see the whole picture, follow the trends of our times and build a new regional order that is more favourable to Asia and the world," Xi told the delegates

China, he said, would promote "coordinated development between the Asian Infrastructure Investment Bank (AIIB) and multilateral financial institutions like the Asian Development Bank and World Bank".

Xi also announced Chinese investment abroad will exceed $500 billion and China would import $10 trillion worth of goods over the next five years.

"Being a big country means shouldering more responsibility for world peace and development," he said. 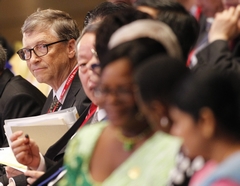 Xi said a roadmap for China's proposed strategy had been developed with the aim of improving trade and transport links in Asia.

By speeding up connectivity-building "we can turn the seas of Asia into seas of peace and cooperation between Asian countries", Xi said.

"Let me reiterate the Maritime Silk Road will not include issues of controversy," Yang said.

"The 21st Century Maritime Silk Road is not an instrument for geopolitical advantages, it is for the public good."

Analysts say this year's meeting is especially important to China as its leadership seeks to promote the two initiatives and increase its regional influence.

Some critics have expressed concern that China is trying to undermine existing financial institutions and would use the "Silk Road" model to strengthen its position in maritime territorial disputes.

The forum continued on Saturday as Russia announced its interest in joining the China-backed Asian Infrastructure Investment Bank (AIIB).

The bank, due to be established later this year, is seen by some as a potential rival to the US-dominated International Monetary Fund and the World Bank and the Japanese-dominated Asian Development Bank.

"There's been a lot of noise about transparency and governance of the AIIB but since it's just starting the criticisms may be premature," former Pakistani prime minister Shuakat Aziz said at a forum discussion on Saturday.

Li Ruogu, former chairman and president of the Export-Import Bank of China, said AIIB founders would work together to develop better governance.

"I avoid using the words 'best practice' or 'best governance'," said Li. "If there is already a best, then there is no room for progress ... we can learn from current practice but there is always some room to improve."

China has hosted the annual conference in Hainan's Boao resort area since 2002. Its founders hope it can evolve into an Asian version of the annual World Economic Forum in Davos, Switzerland.

Leaders of Austria, Indonesia, Sri Lanka, Nepal, Armenia, Uganda and Zambia as well as the governor-general of Australia were among several hundred delegates attending the event. 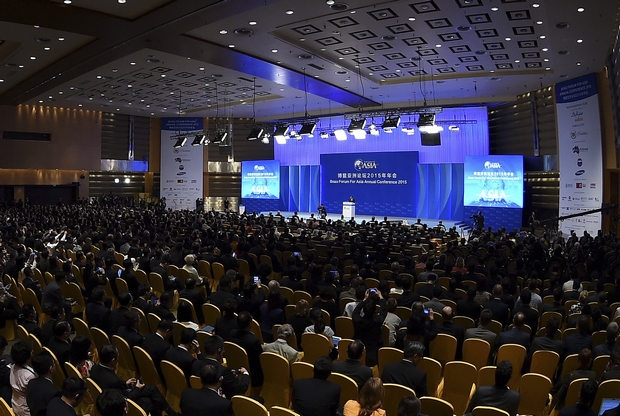 Delegates gather for the opening of the Boao Forum on Hainan island in southern China on Saturday.(AP Photo)

ATHENS: Greece's government has cautiously welcomed a plan from Brussels to reform the EU's shaky asylum system, but charity groups working with refugees on the ground have blasted a continued "outrageous containment policy".

A majority of people say it is now time for all concerned to come together to brainstorm ideas to resolve conflicts that have long gripped the country, according to a survey by the Suan Dusit Rajabhat University, or Suan Dusit Poll.