US economy stalled in first quarter

WASHINGTON - The US economy stalled in the first quarter this year, expanding at an annual pace of just 0.2%, the Commerce Department said Wednesday. 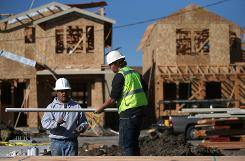 In a period beset by an extremely cold winter and the West Coast port strike, growth was held down by a slowdown in exports, cuts in investment and government spending, the department said.

In a period beset by an extremely cold winter and the West Coast port strike, growth was held down by a slowdown in exports, consumer spending, private investment and government spending, the department said.

A low number was anticipated after the modest 2.2% expansion of the final quarter of last year, but economists on average expected the economy to have achieved 1% growth in the January-March period.

The growth data made it more likely that the Federal Reserve, slated to announce an update to monetary policy later Wednesday, will keep its plans to raise interest rates on pause for a little longer to be sure the January-March downturn was an aberration and that the economy has the strength to resume solid growth in the current quarter.

"A stalling of US economic growth at the start of the year rules out any imminent hiking of interest rates by the Fed," said economist Chris Williamson at Markit.

"The slowdown looks temporary, as a rebound from the first-quarter weakness is already being signaled by forward-looking survey data, but the sustainability of any upturn is by no means convincing yet."