Residents of Phichit, Phitsanulok and Phetchabun provinces on Thursday asked the Department of Special Investigation to probe contamination from gold mining by Akara Resources Plc.

About 60 representatives of people living close to the Chatree mining complex in the three northern provinces filed their request together with test results showing high arsenic levels in villagers' blood samples.

Leading the group, Wanpen Promrangsan said villagers had suffered from environmental impacts of the mining since 2010 as arsenic, manganese and cyanide contaminated public-water sources and a large number of locals fell sick.

The Central Institute of Forensic Science and Rangsit University found arsenic in villagers' blood and excessive cyanide contamination in water sources, she said.

The Pollution Control Department found impacts of the mining and told locals not to drink water from local artesian wells and tap water systems and the company did not help affected people, she said.

Pranee Hongjantha from Wang Pong district of Phetchabun said her blood sample and those of her family members showed excessive contamination of arsenic, more than 600 people in the three provinces fell sick and parts of them suffered from cancer.

Worranan Srilum, director of DSI's Special Case Management Centre, said hazardous substances found in villagers' blood samples might result from mining and the DSI would quickly decide if it would accept the case for investigation.

Authorities had temporarily closed the mine in January following complaints on environmental impacts. It was allowed to resume operations in February on some conditions including a requirement for the company to help affected villagers. 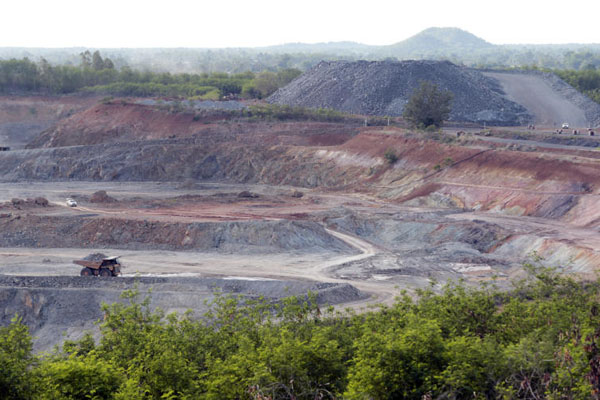