A woman looks at available products in Dean & Deluca cafe in Shinjuku. (Photo by Nittaya Nattayai) 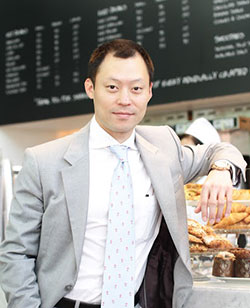 Pace chief executive officer Sorapoj Techakraisri said the company's residential property development had a backlog worth 14 billion baht at present and part of its revenue would be set aside for Dean & Deluca store expansion.

Under the expansion plan, Pace will open 500 Dean & Deluca stores worldwide, adding to the current 44 stores in seven countries, including Thailand, Japan, Kuwait, South Korea, Singapore, and the Philippines.

There are two types of Dean & Deluca stores — those owned by Pace and licensed stores. Of the total stores today, 11 stores in the US and four in Thailand are owned by Pace, while the rest pay royalty fees to it.

"Expansion through licensing is our focus. We plan to increase the number of Dean & Deluca licences throughout Asia, Australia and Europe, as well as Central and South Africa, where the demand for a gourmet food brand is high,’’ Mr Surapoj said during a press conference in Tokyo on June 5.

He believes Dean & Deluca had huge room to grow both in the US and overseas due to its strong brand, as well as premuium food products, coffee and cooking ingredients.

"Dean & Deluca is in a unique segment. It is positioned between fast-food and high-end food and beverages segments. Our market research showed the segment has potential to grow. As customers become increasingly selective and demand diverse lifestyles, they are looking for a trendy and high-quality restaurant,’’ said the 37-year-old executive.

Dean & Deluca stores are mainly operated in the specialty café and market formats. In expanding the chain, Pace will focus on the specialty café format. Due to its small size and relatively smaller investment, the café could be rapidly expanded while generating high returns, said the property developer-cum-gourmet food operator.

Stores operated under the specialty café format require operating space of only 100-300 square metres each, much smaller than 700-1,000 sq m of each market format.

Investment in the specialty café format could break even in three years, he said.

In addition to the store expansion plan, Pace planned to list the Dean & Deluca business on the US stock exchange within three years.

Mr Surapoj said revenue from the gourmet business was more sustainable than that from property developments. He believes income from Dean & Deluca would exceed property revenue in the long run.

Pace entered into an agreement for the acquisition of the American premier gourmet food brand, including the supply chain and operations of 11 outlets in the US as well as its global business, and assets for $140 million (4.55 billion baht) from Dean & Deluca Holdings Inc in the US last year. 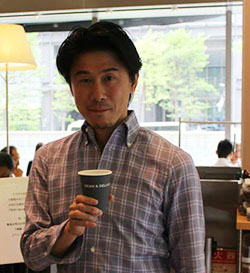 Dean & Deluca (Thailand) currently operates four branches under Pace-owned investment and will open its fifth store at Emquatier in the next few months.

Most customers were businesspeople, office employees and foreign expatriates.