Consumer product conglomerate Osotspa Co is stepping up its energy drink business in Myanmar by joining forces with a local partner for more aggressive expansion in the neighbouring country.

This move is part of its plan to drive M-150 to become the leading energy drink brand in the region over the next five years.

Managing director Thammasak Jittimaporn said Osotspa had formed a joint venture with Loihein Group, a large beverage producer in Myanmar, for three months to boost sales of all energy drink brands under Osotspa including M-150, Shark, Lipo and .357. 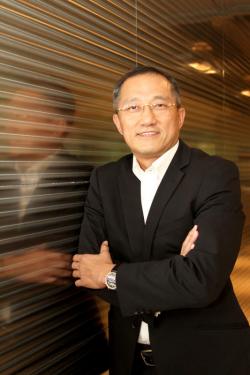 Osotspa has exported its energy drinks to Myanmar for several years, with Loihein serving as distributor for M-150.

Loihein has already changed its status from a distributor to become a business partner with Osotspa.

"We want to build the brand awareness of M-150 in Myanmar to be as high as in the Thai market," Mr Thammasak said.

Almost 100% of Myanmar workers in Thailand drink M-150. More than 10 million baht will be allocated for distribution and marketing to promote M-150 in Myanmar this year.

The energy drink market in Myanmar is forecast to be worth about 1.5 billion baht this year and will double to 3 billion over the next three years, Mr Thammasak said.

After the joint venture in Myanmar, Osotspa expects sales from all energy drink brands in Myanmar will reach 1 billion baht.

M-150 leads the energy drink market in Thailand, Myanmar and Laos, and the company plans to boost its sales in other Asean members.

"Myanmar will be the business platform for our energy drinks in expanding into other Asean members, starting from distributing products, finding business partners and setting up production facilities in such markets," Mr Thammasak said.

M-150 product sales in the first five months of this year increased by more than the country's GDP growth.

The economic slowdown has hurt consumer spending on energy drinks, but the sector should recover quickly, Mr Thammasak said.

"Purchasing power has risen since April, particularly in the Northeast and the East, and we hope the increasing momentum will continue in the second half," he added.