The worsening drought is expected to shave half a percentage point off the country's full-year GDP growth, adding another blow to the already-fragile economic recovery and pressuring policymakers to ramp up stimulus measures.

The magnitude of the drought's impact will depend on the government's preparation, Finance Minister Sommai Phasee said.

In an effort to alleviate damage to the economy, the Finance Ministry has instructed all state agencies to speed up budget disbursement for this fiscal year and next.

The Fiscal Policy Office is due to review its 2015 GDP projection next month. Its current forecast is 3.7%, well above the central bank's latest view of 3% but within the National Economic and Social Development Board's forecast range of 3-4%. 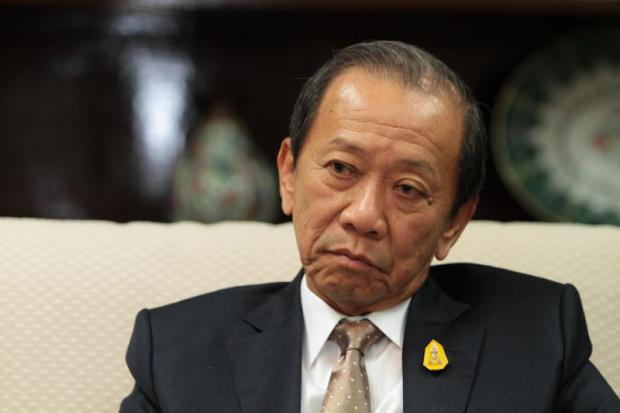 Southeast Asia's second-biggest economy is facing its worst drought in more than 10 years, adding a burden to farmers already struggling with debt and low prices.

The state-owned Bank for Agriculture and Agricultural Cooperatives on Wednesday launched financial assistance measures for drought-hit farmers by granting a six-month suspension of interest and principal payments.

The government last year offered 1,000 baht a rai in cash handouts for a maximum of 15 rai per household to rice and rubber farmers.

The Bank of Thailand recently said it was closely monitoring the drought situation and that it was too early to estimate the effect on the economy.

Meanwhile, HSBC has emerged as the latest financial house to trim its economic growth estimate for Thailand.

HSBC has also cut its 2015 inflation forecast to -0.4% from zero, citing more benign price pressure in the January-May period.

It expects inflation to rebound next year on base effects, economist Nalin Chuchotitham said in a research note.

Given subdued inflation, the Bank of Thailand is likely to ease monetary policy further by cutting the policy rate by 25 basis points to 1.25%.

The central bank's rate-setting committee unexpectedly cut the policy rate at two successive meetings in March and April to ward off downside risk to growth and maintain economic momentum.

The seven-member panel last month voted unanimously to stand pat at 1.5%, judging that the policy had eased monetary conditions and the direction of exchange rate movements had become more conducive to economic recovery.

Last month's rate decision was made before the drought problem intensified.

"Apart from economic risks, uncertainty is also building up on the political front, especially regarding the timing of the election, which depends on the enactment of a new constitution," Ms Nalin said.

"Although we expect the economic recovery will strengthen under the 'no unrest' assumption, prolonged political uncertainty might cap private investment growth."