Lovingly preserved Penang town tries to cope with gentrification and commercialisation brought on by jump in tourism.

Haja Mohideen is the last of his kind, the sole fashioner of traditional Malaysian songkok melayu hats still working on Penang island, off Malaysia’s northwest coast.

The 69-year-old milliner sits at his streetside stall for 11 to 12 hours a day, cutting and stitching the five or six hats that make up his daily output.

“Most of the orders come when there are ceremonies, holidays, though tourists also like to buy them as a souvenir,” Haja told Asia Focus.

Penang has seen the good and the bad of a raised profile and more visitors since 2008, when George Town, the region’s picturesque heart, was listed as a Unesco World Heritage Site.

Arrivals at Penang International Airport have almost doubled from 3.3 million in 2009 to just over 6 million in 2014. More visitors means more business for Haja Mohideen, but the influx puts some of George Town’s landmark buildings at risk of destruction or degradation — be they Chinese shopfronts, British-built administrative centres, or the array of vivid temples and whitewashed churches found along George Town’s spice- and cuisine-scented alleys.

The diverse building styles reflect both Penang’s mixed population — around 40% Malay, 40% Chinese-Malaysian, 10% Indian-Malaysian, 7% foreign — as well as a history as a British-run port drawing traders from Arabic-speaking countries and from neighbours such as Thailand and Indonesia.

George Town’s old buildings are protected under heritage preservation codes, and there are also commercial imperatives to keeping the edfices intact, as they attract visitors. But more tourists means more hotels, more shops, and more restaurants — meaning that there are countervailing pressures on building use which could undermine protection efforts.

Moreover, Penang is one of Malaysia’s wealthiest regions: a thriving commercial centre nicknamed “Silicon Island” and a base for companies such as Sandisk and Seagate. While much of that investment is directed to industrial parks, 15 or 30 minutes’ drive from George Town, local officials say economic growth has highlighted a tension between commercial imperatives and aesthetic appeal. 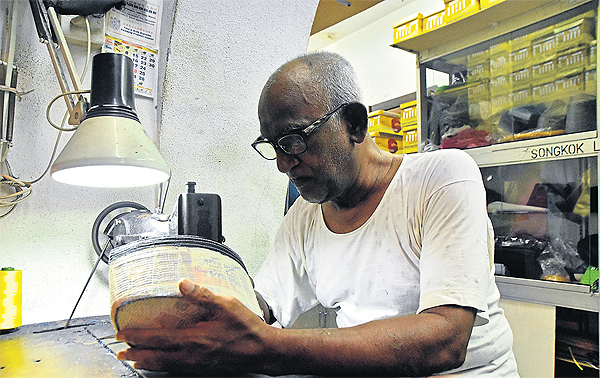 Haja Mohideen, 69, the last maker of songkok melayu hats in Penang, works at his stall in George Town.

“Penang is cultural hub, an artistic and cultural centre,” said Chief Minister Lim Guan Eng, during an interview at his office in Penang.

“If we stick to the building codes, we should be all right. Some of the refurbishment done has been done very tastefully,” added Lim, who is also the leader of the Democratic Action Party, the biggest party in Malaysia’s national parliamentary opposition.

But conservationists say that preservation policies need further strengthening. Of particular concern to Clement Liang, honorary secretary of the Penang Heritage Trust, is “the arbitrary exclusion of many buildings of significant heritage values outside the Unesco World Heritage Site”.

Liang said that such loopholes allow for “monstrous new development[s] to surround the heritage buildings” — trends made worse by “light fines on violators who wantonly destroy heritage sites”.

He notes with dismay George Town’s rapid gentrification, with traditional residences and shophouses being converted into hotels and cafés.

Tommy Yap, 27, opened his coffee shop, The Alley, in 2013. Since then more than 70 competitors have opened across Penang, where backpackers and local hipsters while away the hours thumbing smartphones and playing board games.

Most of the new cafés have opened in George Town, said Yap, who keeps a close eye on the competition.

While much of this flourishing café activity is driven by tourism, there is a steady local market for places to hang out. A new café always draws a crowd, at first anyway. 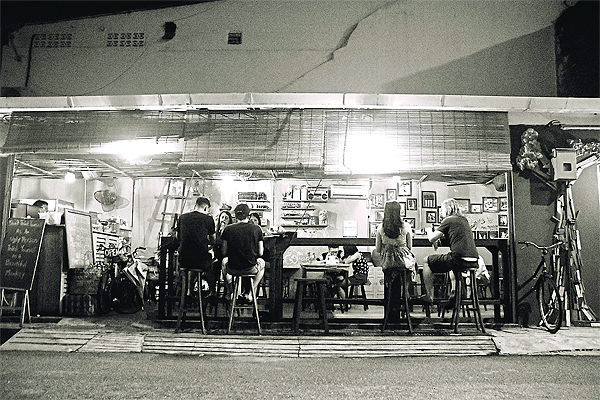 “For most of the [local] people it’s about the trend, what is new, not about how people appreciate the coffee,” said Yap, who says his trade is split 50-50 between tourists and locals.

“People who like good coffee come here,” he said, pointing around to a connoisseur’s array of drip machines, grinders, weighing scales and more.

But preservationists seem dismayed by the proliferation of cafés — as well as galleries and hotels — in old George Town. The gentrification trend “is displacing the traditional trades and jeopardising the liveability of the town for the residents where they are facing noisy neighbourhoods and rising rental pressures,” said Clement Liang.

Do the legions of new coffee shop owners agree? “Well, maybe, yeah,” said Yap, tailing off as he spoke — perhaps a hint that he might not really concur with Clement Liang’s view.

Other Penang residents seem to be of two minds. Haja Mohideen might be Penang’s last hat man, but he appreciates that change brings new commercial opportunities. But like Tommy Yap, Haja’s customers seem more of a “well, maybe, yeah” disposition.

“They (the local government) are trying to promote tourism, but [Penang] might be saturated already, no more authentic,” shouted Zulfikar Mohamed, running to his car from Haja’s shop, three newly crafted songkok in hand, his observations half-lost in the downpour battering the softly lit street outside.

The Department of Corrections has set up a fact-finding committee to investigate three apparent suicide attempts by members of the Thalu Gas political protest group.

Education Minister Trinuch Thienthong has ordered authorities to speed up their investigation into the alleged sexual assault of a Prathom five (Grade 5) female student by a boy at a school in Phetchabun province.

Deputy Prime Minister and Commerce Minister Jurin Laksanawisit tested positive for Covid-19 after his return from the United Kingdom.