Going with the flow
Business

Going with the flow

More investment is pouring into the Greater Mekong Subregion as both market opportunities and infrastructure improve.

Participants listen to speakers at the Invest Asean conference in Bangkok, one of a series of country-themed events being staged across the region.

Countries in the Greater Mekong Subregion (GMS) have enjoyed a dramatic increase in Japanese investments, and the recent tripartite agreement for the massive Dawei project in Myanmar could push Japanese direct investment in the area to rise further, says the Japan External Trade Organization (Jetro).

Japanese foreign direct investment (FDI) into Cambodia, Laos and Myanmar more than doubled to 62.7 billion yen (about US$627 million) in 2013 from 28.7 billion yen in 2010, according to Masayasu Hozumi, Jetro's chief representative for Asean.

Membership in the Japanese Chamber of Commerce (JCC) in the three countries also expanded considerably, with the number operating in Myanmar alone soaring four times from 56 to 232 during the period. JCC members in Cambodia grew from 91 to 152 while the figure in Laos rose to 60 from 38. JCC membership in Thailand, meanwhile, has reached 1,600.

"Japanese investors are pretty much looking at the GMS as you can see in terms of the speed of the investment [growth], although such levels are still below that of countries such as Thailand and Indonesia," Mr Hozumi told the Invest Asean 2015 conference held recently in Bangkok by Malaysia's Maybank.

To hasten the pace of Japanese investment, more development is needed in the region, especially hard infrastructure such as better road links, and soft infrastructure such as trade facilitation and harmonised standards among Asean. So far, trade facilitation measures such as the Asean Single Window for customs clearance have progressed slowly, he added.

In early July, Japan officially signed an agreement to jointly develop the Dawei Special Economic Zone (SEZ), a megaproject initiated by Thailand and Myanmar, during the Japan-Asean summit in Tokyo. Japan and the five Asean states along the Mekong River are also crafting a new strategy for Tokyo to contribute to sustainable development of the Mekong region beyond 2015.

Equipped with a deep-sea port, the Dawei project itself offers benefits to all three countries involved, especially Myanmar. For Thailand, Dawei could be a gateway to the west while enhancing links and economic development in the region, Mr Hozumi said. 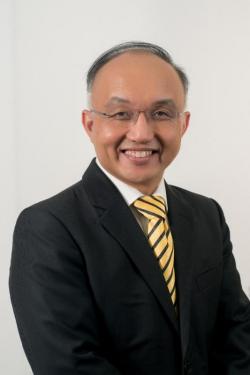 John Chong, CEO of Maybank Kim Eng Group, said that China, India and other Asian countries were starting to look at the GMS as the next destination for trade and investment, with the level of interest intensifying since Myanmar began to open up its economy.

The CLMV markets -- Cambodia, Laos, Myanmar and Vietnam -- together with Thailand and southern China, bound together by their proximity to the Mekong, boast a combined gross domestic product (GDP) of almost $1 trillion and a population of 330 million, more than half that of all of Asean.

"The GMS is growing rapidly. As the front runner, Thailand is already seeing its investments bear fruit and this will continue to drive the country's growth," said Mr Chong.

"Thailand is not only one of Asean's most vibrant nerve centres. It is also a prime mover in the GMS -- one of the most compelling and largely untapped investment destinations today," he said.

To further unleash the untold potential of the GMS, leaders of its member economies last year endorsed a five-year plan worth $30 billion to develop the subregion. The bulk of the investment is to improve transport and communication links and facilitate movement of goods and services. Among the major projects is a $13-billion railway network to link the economic hubs in Asean and the GMS, including Thailand, China, Singapore and Malaysia.

This project will bring tangible benefits to Thailand by linking internal hubs within the country and improving gateways to cross-border trade, Mr Chong noted.

"Many Thai companies have been in the CLMV for some time," he said. "The growth in the subregion as well as the population's rising income will augur well for these companies. For Asean companies that wish to explore these opportunities, Thailand can serve as a springboard to invest into the GMS."

With better physical and institutional infrastructure than its north Asean counterparts, Thailand can serve as a convenient springboard to the subregion. The country can also play a leadership role in developing not only the subregion's economy but also member countries' capital markets, he added.

Under the theme "Thailand: The Gateway to GMS", Invest Asean Thailand attracted 400 representatives of eight countries including the Philippines, Singapore, Malaysia and Vietnam. A total of 30 corporations with combined market capitalisation of $108 billion and 50 funds from across Asia with $4.2 trillion in assets under management took part.

The Invest Asean series began in Malaysia in February, followed by Singapore in March and Vietnam in May before coming to Bangkok. The next conferences will be held in the Philippines and Malaysia, Singapore again and finally in Indonesia with specific investment themes tailored to each country.

Mr Chong said that only 24% of the total trade conducted by Asean countries took place within the region itself. The immense potential to expand intra-Asean trade coincides with the expected rise of the region's middle class to 400 million by 2020 from 190 million in 2012.

"This formidable middle class, coupled with closer regional integration, is expected to help Asean grow by more than 5% annually for at least the next three years," he said.

Also speaking at the event, Pawat Tangtrongjita, managing director of Socio-Economic Consultants Ltd, said Chinese investors had been vying to capture opportunities in the GMS and Asean after missing out over the past two decades.

Socio-Economic Consultants is an adviser to Thailand's Industry Ministry and used to work with various agencies such as the Industrial Estate Authority of Thailand and the National Economic and Social Development Board (NESDB).

Two giant solar cell manufacturers from China have built a plant in Thailand after facing severe anti-dumping measures from Europe and the United States. They intend to ship solar cells from Thailand as Asean-made products to the US and Europe when the Thai plants, the biggest of their kind in Asean, begin commercial production by the end of this year when the Asean Economic Community (AEC) is fully established, he said.

Solar cells from China now face anti-dumping tariffs of 60-70% in the EU, where the market value for Chinese manufacturers is worth $67 billion.

Although Mr Pawat declined to name the manufacturers, previous news reports showed that the Chinese solar module and cell manufacturer Zhongli Talesun had announced construction of its new plant in the Thai-China Industrial Park in Rayong.

With an annual production capacity of 500 megawatts and it is expected to start operating by October this year. In addition to building a new factory, Zhongli Talesun plans to construct photovoltaic (PV) solar power plants with a total capacity of more than 1 gigawatt (GW) across Thailand over the next three years with a total investment of $2.4 billion.

Zhongli Talesun is a wholly owned subsidiary of Zhongli Sci-Tech Group which manufactures special cables, optical fibre and solar PV products. The company currently has an annual production capacity of around 2 GW and procures the majority of its equipment from Italy, Germany, and Japan.

"Apart from the US and Europe, the Thai-made solar cells would be exported to other markets in Asean," said Mr Pawat, adding that Chinese investors were also interested in producing rubber tyres and electronic parts to reap the benefits of regional integration under the AEC.