Tax and non-tax incentives for investment in high-potential industries will be finalised in the coming weeks, says Finance Minister Apisak Tantivorawong.

The ministry's incentives will be provided to industries considered essential to driving the country into a new S-shaped growth curve and steering the Thai economy through its slowdown, Mr Apisak said, adding that the proposed privileges would be separate from those provided by the Board of Investment.

The Finance Ministry recently said it would set up a committee tasked with creating measures to attract more private investment.

The panel, chaired by Kanit Saengsuphan, a former executive director of the Fiscal Policy Research Institute Foundation, is conducting a study of what measures should be used to draw private investment and which sectors should receive privileges.

The team has already launched schemes to help rural residents and small and medium-sized enterprises, with incentives to stimulate private investment up next.

Mr Apisak said he had met with operators in a handful of industries including real estate since taking the ministerial post.

"We need to address problems faced by those industries, as their problems can deteriorate the Thai economy as a whole," he said. "We need to use a preventive approach rather than solve problems when they emerge." 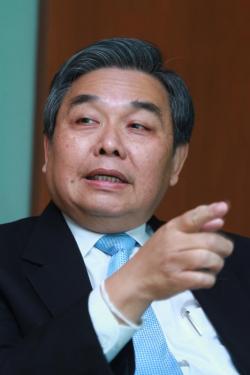 Corruption is another factor for foreign investors in making investment decisions, and Mr Apisak said the Prayut Chan-o-cha government had seriously tackled the issue and promoted corporate governance.

On the issue of who must take responsibility for the hefty losses incurred by the Yingluck Shinawatra government's rice-pledging scheme, he said the investigative committees would render their judgement by year-end.

Two panels are probing the failed scheme -- one under the Prime Minister's Office and the other under the Finance Ministry.

Mr Apisak will assess whether a draft bill on fiscalising the 720 billion baht in state enterprise debt incurred under previous governments is still necessary.

In his view, the Public Debt Management Office is already capable of managing the state enterprise debt.

The draft bill was a proposal of Mr Apisak's predecessor, Sommai Phasee, who wanted to reconfigure the debt -- including liabilities racked up by rice intervention schemes run by previous governments -- into a longer term of up to 20 years to allow greater flexibility.

Meanwhile, Mr Somkid has said ease of doing business is the government's first priority, and measures will be introduced to streamline the process, starting with help in setting up shop.

He assigned Mr Apisak to take the lead in arranging meetings with related state agencies to find ways to improve Thailand's ease of doing business. The secretary-general of the Office of the Public Sector Development Commission (OPDC) will help to coordinate.

Progress will be reported to Mr Prayut within a month.

Mr Somkid wants streamlining of the business process to make headway before next April, when the World Bank starts evaluations for its annual "Doing Business" report.

Thailand's 2015 ranking in the World Bank's ease of doing business index jumped two spots from 28th to 26th after an easing of restrictions by the government.

Mr Somkid said the OPDC's secretary-general must inform law firms of what the government has done to ease doing business in Thailand.

Authorities have been tasked with redesigning the process to shorten the period for setting up a business and streamline the tax payment processes of the Revenue Department and Customs Department, he said.

Mr Somkid gave the example that a company takes 27.5 days on average to set up in Thailand, while in Singapore and Malaysia it takes 2.5 and 5.5 days, respectively.