With smartphones adding new internet users at a rapid rate, and faster data speeds encouraging businesses to operate on the net, the public at large is not buying the government's claims that a single internet gateway run by CAT Telecom posts no threat to privacy or personal information. (Photo by Seksan Rojjanametakul)

The government's initiative to create a single international internet gateway (IIG) has sparked a public outcry about violating people's right to privacy of personal information.

The initiative also raised concerns over the government's ability to deal with the volume of internet traffic. There is no guarantee that a network bottleneck will not occur.

However, the authorities and Information and Communication Technology (ICT) Minister Uttama Savanayana said it was just an idea and no resolution had been reached.

The cabinet has yet to green-light the plan.

"Having a single IIG will facilitate the government's ability to monitor and control digital information for the sake of national security instead of serving basic economic needs as claimed by the state," said a high-ranking source at a major mobile company.

The initiative is simply aimed at allowing the lawful interception of personal information and controlling online communication, said another source at an IIG service provider.

"Whatever the government claims, we see it as internet traffic filtering, a mechanism to filter content," that source said.

"Personally, I have no bias against the present government, but the initiative gives people that impression." 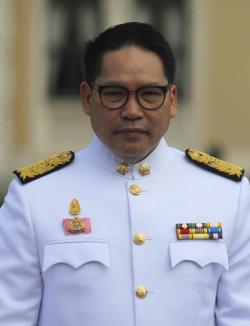 Uttama: Rights not violated by Gateway

The government says the single gateway is aimed at creating a new gateway as the main connection point of internet traffic in the country to facilitate the digital economy.

The nine existing gateways owned by state enterprises and private companies will not be dissolved.

The source also expressed concerns over the ability of the government to manage and operate the single IIG due to the state's bureaucratic structure.

"If the government cannot expand the capacity of the single IIG network to serve the rapid growth of the country's internet use, a complete IIG network collapse could happen," the source said.

Internet users in Thailand consume hundreds of gigabits of data per day via all IIG facilities.

"This requires a large network capacity to handle the traffic and internet speed," the source said.

Private companies acknowledge that several countries have established a single IIG to serve their policies such as China, Taiwan and Singapore, but this is Thailand and the initiative is presented as an intervention that will lead to a violation of people's rights, the source added.

Vichai Bencharongkul, chairman of IIG service provider United Information Highway, said if the government wanted to implement a single IIG, it must guarantee fair and competitive prices for its services.

More importantly, the state must ensure the quality of service when the country will have only one IIG provider.

However, an ICT network veteran said a single IIG would be positive in terms of effective cost-sharing of investment, which would reduce expenditure.

But the veteran admitted implementation of the planned gateway would be very difficult to achieve, as there were too many IIG network routes in the country.

"Rather than adopting a single IIG, the government should implement a single command centre for internet traffic control instead," the veteran said.

Last month the IIG plan was approved in principle by the cabinet, which assigned the ICT minister to implement it quickly.

Helping your talents build the skills they need