Customs bottleneck expected to be cleared

The government is being urged to accelerate the opening of new checkpoints in Sa Kaeo's Aranyaprathet district to support further trade as a result of the planned special economic zone (SEZ).

There are two new areas the government has planned to develop as checkpoints -- between Sa Kaeo's Ban Nong Ian and Banteay Meancheay province's Stung Bot village in Cambodia; and another between Thailand's Ban Pa Rai and Cambodia's Oneang village.

The new locations are meant to be major trading hubs.

The checkpoint between Ban Nong Ian and Stung Bot is undergoing a feasibility and design study by the government's Neighbouring Countries Economic Development Cooperation Agency.

There are six checkpoints between Cambodia and Thailand, but Aranyaprathet's Khlong Luek is the only one in Sa Kaeo that offers customs clearance, serving at least 95% of the province's border-trade value.

Unsurprisingly, this checkpoint also sees the highest value of border trade between the two, worth 74.8 billion baht last year, up by 25.3% from 2013.

"The Khlong Luek checkpoint was only meant to service immigration, for travellers and passenger cars crossing the border," said Aat Pisanwanich, director of the University of the Thai Chamber of Commerce's Center for International Trade Studies.

"With its limited capacity, all vehicles including heavy-duty trucks have to go through the checkpoint for customs clearance. It's very busy, and there is terrible traffic congestion on Suwannasorn Road." 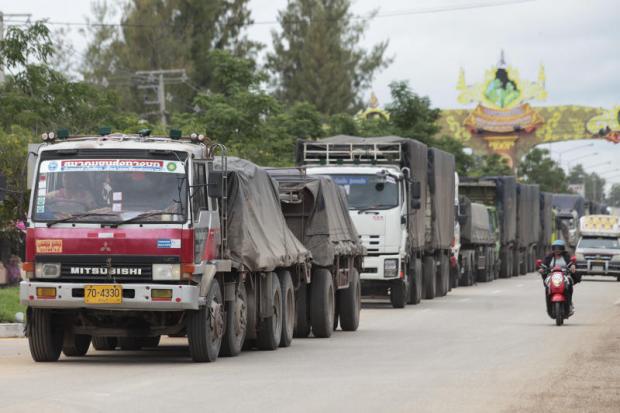 Trucks and passenger cars wait at the checkpoint to enter Cambodia. A new checkpoint is planned to facilitate growing trade. photos by PATIPAT JANTHONG

He forecasts the value of trade will surge with the new checkpoints.

Mr Aat said the checkpoint between Ban Pa Rai and Oneang had the highest potential, as it sits beside two public land plots -- one 679 rai and the other 525 rai -- where the government plans an industrial estate project.

The government has invoked Section 44 of the interim charter, which allows the government to reclaim state land immediately in order to accelerate the development of infrastructure for SEZs.

Mr Aat said Ban Pa Rai was only five kilometres from Poipet O'Neang SEZ in Cambodia, where most of the investors are Thai companies that set up production there to ship through Thailand's Laem Chabang port, 250 km from the SEZ. 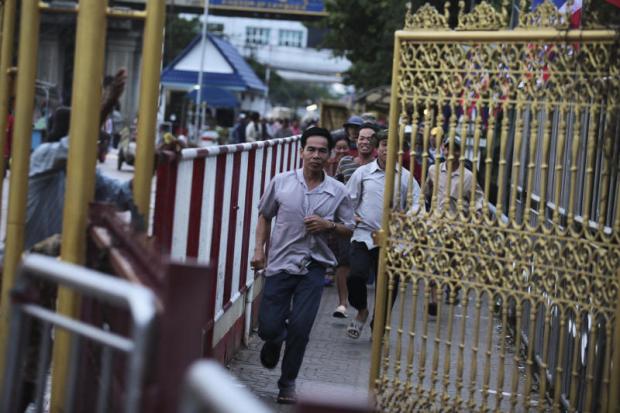 Cambodians pass through the checkpoint to reach Thailand.

"It's a non-asphalt road in really rough condition," he said.

"It plans to develop its land near the new checkpoint into commercial property for rent."

Mr Aat agreed with local villagers and activists that Sa Kaeo's SEZ should focus on the farm-goods processing and repackaged goods industries. 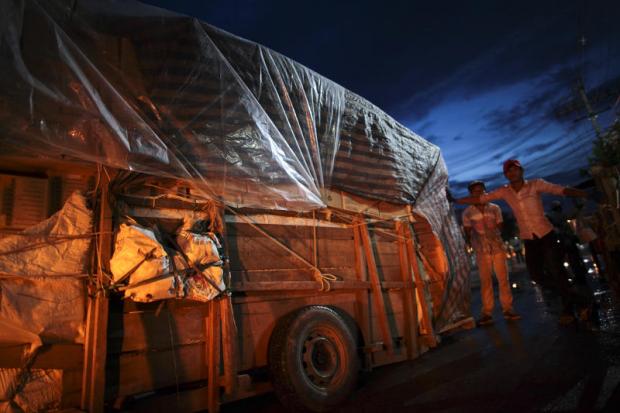 The Aranyaprathet-Poi Pet border circulates huge sums of money as it is the major checkpoint between Thailand and Cambodia. PATIPAT JANTHONG

The wide daily minimum wage gap of 300 baht in Sa Kaeo and 150 baht in Poipet is an important factor for investors, he said.

"A trans-shipment hub should be set up in Aranyaprathet, with production in Cambodia and packing in Thailand, with export via Laem Chabang Port," he said.

"The goal is to take advantage of low tariffs for Cambodia under the Generalised System of Preferences."