EXCLUSIVE: Thailand must do more for investors, says Citi chief

Emergence of competitive neighbours underlines need for vision and reforms.

While political and policy risks have been among the biggest concerns for foreign investors in recent years, other issues such as bureaucracy, legal enforcement and business restrictions perhaps weigh even more heavily on Thailand's competitiveness.

Darren Buckley, country head of Citi Thailand and president of the American Chamber of Commerce in Thailand, says addressing these issues could go far in helping the country to raise its attractiveness to foreign investors.

With the global economic environment still weak -- Citi forecasts a 50:50 chance of a global recession late next year -- competition for foreign capital is only set to increase. 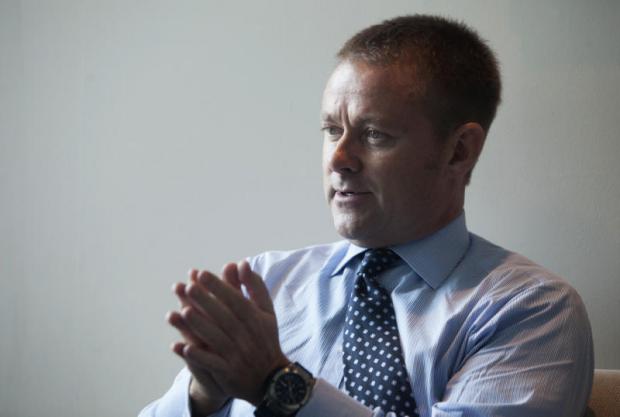 "Think back to the early 1980s, when Thailand first emerged as an attractive [foreign investment] destination. What was happening in Cambodia or Vietnam then? But Thailand now has very competitive neighbours," Mr Buckley said in an interview with the Bangkok Post.

"Thailand is not going to be a country providing a cheap source of labour to the rest of the world. Not any more."

While the government's recently announced plans to rethink investment promotion incentives is a welcome step, moving up in terms of global competitiveness will require long-term vision and reforms.

"Thailand has to be more competitive by being more innovative. That means driving efficiency through automation, through technology, through digitisation."

Mr Buckley said to drive innovation and attract new capital to upgrade the manufacturing and services base, authorities should consider addressing long-standing barriers faced by investors.

"Take the Foreign Business Act (FBA). When it was written, it was supposed to be revised every year. But it hasn't been revised even once," he said.

"Frankly, why do we even need an FBA? If you're worried about the banking sector, the insurance sector or telecoms, well, I would say each has some pretty good regulators. Opening up the service sector would go far in driving innovation."

Insufficient protection for intellectual property rights is another long-standing complaint voiced by investors, an issue of particular importance if Thailand is to achieve its goals of moving towards an innovation- and knowledge-driven economy.

"Actually, Thailand has got the laws, but the problem is that they are not vigorously enforced. In fact, if this government could focus on enforcing the laws that it has got, we would be in a much better place, even without writing new [laws]," Mr Buckley said.

"Competitiveness is an important factor in driving future capital investment into the country, but you have to fight for it."

He is optimistic the current economic team under Deputy Prime Minister Somkid Jatusripitak understands the need to drive the economy, given the headwinds in the global market.

"Exports will not necessarily be the main driver of growth for Thailand going forward, or at least not the driver that will enable it to move beyond growth of 3-4% of GDP. And at the moment, we're not even at 3%," Mr Buckley said.

On the positive side, Thailand's public debt of 42% of GDP means the government has significant room to support fiscal policy measures.

Mr Buckley said he was sanguine about the need to help ailing farmers or small businesses, considering the importance both play to the economy.

The agricultural sector, while accounting for only 10% of GDP, employs 40% of the labour force, according to the World Bank.

Drought, low commodity prices and the withdrawal of state subsidies have hurt the sector this year, in turn affecting consumer sentiment and demand.

"Over the years, the farm sector has got used to benefiting from [state] subsidies. Now we may say we want to change that, but you can't change overnight," Mr Buckley said.

"With so many people impacted and dependent on the weather, I don't think it's a bad thing [to offer support]."

He said offering relief for low-income borrowers to escape the debt trap was another possible measure to boost sentiment.

"Some 29% of household debt is owed to state banks. A large portion of that was driven by previous government policies," Mr Buckley said. "If you're thinking of stimulus, some form of debt waiver wouldn't be a bad thing. If there are defaults, it will come back to the government anyway."

During Mr Somkid's term as finance minister in the Thaksin Shinawatra government in the early 2000s, one key policy enacted was a farm-debt moratorium for borrowers of the state-owned Bank for Agriculture and Agricultural Cooperatives.

"We've been talking about building infrastructure for ages. If we can see tangible progress, there will be significant upside benefits. Not just in the short term but in the long term," Mr Buckley said.

Citi has had a difficult year due to the weak economy, he said. Spending and growth in the bank's personal loans and credit cards is down, while delinquencies have risen slightly.

On the institutional side, profit spreads are thin and transactions scarce, again pointing to the difficult market conditions.

"But we're still the most profitable foreign bank in Thailand."