Winners and losers speak out
Business

Winners and losers speak out

With the bidding for the 1800-MHz band in the books, mobile bosses are turning their attention to partnerships, cost management and the 900-MHz round.

A Pyrrhic victory for the winners? Or an ominous sign for Thai mobile consumers?

But could the high pricing ultimately result in higher service charges for customers?

These are comments from the winners and losers.

Tariffs not based just on spectrum

Somchai Lertsuthivong, AIS’s chief executive, said it was difficult to say whether the 40-billion-baht bidding price was too expensive. 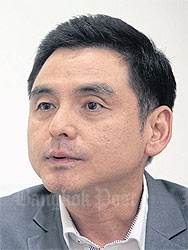 Somchai: Too early to fret over service fees

“Spectrum cost is not the sole determining factor of operating costs in the mobile business,” he said.

“Calculating the rates of mobile tariffs also does not rest solely on the cost of the spectrum.”

Mr Somchai said AIS would take the auctioned spectrum cost into account in managing finances as efficiently as possible to minimise cost.

The operators are providing mobile service at competitive rates and in compliance with rules set out by the National Broadcasting and Telecommunications Commission, he said.

In his view, it is too early for public concern over possible high 4G service charges in the wake of the overpriced auction bids.

AIS wants to secure 4G spectra in order to offer Thais the high-speed 4G experience and serve development of the country's digital economy as per government policy, Mr Somchai said.

Noppadol Dej-Udom, chief financial officer of True Corporation, said he did not think the auction prices for the bidding winners were a “humongous amount”. 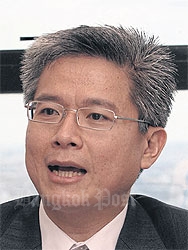 “They're reasonable. If you compare the massive growth in the use of mobile data with the huge growth of Thailand’s mobile data market of up to 200% last year, it’s worth it to the operators to acquire new spectra,” he said.

Spectra are factored into the business plans of the operators, and the return on investment from the spectra can be realised over the 18-year period of the licence.

Mr Noppadol said the incremental benefits of next-generation mobile telephony services such as 4G technology and the Internet of Things (machine-to-machine communication), would enable new business opportunities and economic development.

Thailand’s mobile data industry is just at the beginning of an S-curve, he said.

He said providing mobile data service on the 4G network would costs four times less than on 3G thanks to the greater capacity and speed of 4G technology.

Jasmine will go all out

Pete Bodharamik, chief executive of Jasmine International Plc, could not be reached for comment yesterday but earlier said Jasmine had earmarked 25-35 billion baht for 4G investment. 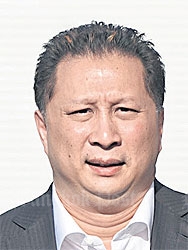 Of that total, 15-20 billion baht was to be set aside for the licence auction and 10-15 billion for network spending.

Jasmine failed to win the bid after fiercely competing with True in the two-day auction to secure the first licence of the 1800-MHz spectrum.

True edged out Jasmine with the winning price of 39.8 billion baht to Jasmine’s 39 billion.

Mr Pete earlier said the strategic partnership would be settled before the auctions began.

The foreign partner will be allowed to own 20-49% of the joint venture.

“This is the most influential factor in why Jasmine wants to get a 4G licence,” an industry veteran said.

Industry sources say Jasmine will fight to the end to win a licence for the 900-MHz spectrum.

Those auctions are scheduled for Dec 15.

Already ahead of the competition

Lars Norling, chief executive of DTAC, said despite subsidiary DTAC TriNet’s failure to secure an 1800-MHz licence, the company had 4G running on the 2100- and 1800-MHz spectra with a combined 15 MHz of bandwidth. 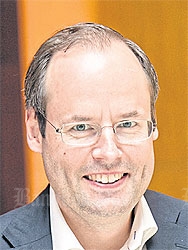 “We've provided 4G on the widest bandwidth in Thailand for more than a year,” he said.

“We will stay on course with our plan and are already far ahead of our competitors with a deployed 4G network in all major cities and the fastest in Bangkok.”

With rights to the existing 1800-MHz spectrum the company uses to provide 2G and 4G services, DTAC is well placed to provide competitive 4G service seamlessly under a concession agreement with CAT Telecom that is due to expire in 2018.

“We are highly confident all existing spectra DTAC currently is operating on — the 2100-, 1800- and 850-MHz spectra — are sufficient to provide quality and coverage of voice and internet services on 4G, 3G and 2G.”

“We've seen very positive signs of radical adoption, that there are more than 3 million customers using 4G-capable devices on our network.”