British violinist Rosy Mica Kellet, recovering from surgery, displays a picture of her old "Michael" self.

When Rosy Mica Kellet, born Michael Kellet, wrote to clinics in New Delhi and Bangkok three months ago, she was not sure which one to pick for the surgery that would transform her into a complete woman.

What made the English musician choose New Delhi was cost and the testimony of another patient who had gone under the knife in India.

Treatment in Bangkok would have cost her an additional US$4,000, she told Asia Focus as she recuperated in the Olmec Plastic Surgery Centre in North Delhi. As well, she said, she was reassured by Sue Parson, a British transgender who underwent a sex change in March, of the quality care available in Delhi.

A 49-year-old violin soloist from Bradford in West Yorkshire, Kellet said she also looked into the availability of treatment in Brussels, Poland and the UK before settling on Delhi. She discovered she would face a years-long waiting list in her home country as many people were seeking the treatment.

In fact, even in Delhi, she had planned her operation for sometime next year but Dr Narendra Kaushik (no relation to the writer), her cosmetic surgeon and the owner of the Olmec centre, suggested she get it done right away.

Dr Kaushik did genital reconstruction on Kellet on Nov 1 in a seven-hour-long operation. Once she recovers from the present surgery, she will have breast implants and begin hormone therapy. Before the end of this year, she hopes to be a complete woman.

"I have always been a female but have lived with a physical difference. Now I will be a fully developed woman," she said in an interview with Asia Focus, her face radiating joy over the change.

The first thing Kellet plans to do is to get her gender changed with the marriage registry office. She entered into a same-sex marriage with a man of Indian origin (she asked that his identity be protected) in England five years back. Her husband, originally from Kerala, works in the accounts branch of an international company.

Plastic surgeon Dr Narendra Kaushik performs as many as 50 sex-change procedures per year.

"I will get a gender recognition certificate. My husband is a Keralite and has taught me to say 'njaan ninne premi kunnu' ('I love you' in Malayalam)," she said, as her mother Mary Kellet, sitting by her bedside, nodded in agreement with the happily-ever-after outcome.

Like Rosy Mica Kellet, Betty Archer, 64, an electronic engineer who retired from the US military and underwent a sex change 10 days before Kellet in Olmec, expresses a sense of achievement.

"I feel complete. I feel wonderful. I have accomplished a major goal," said Archer, who was born Dale McCaw and lives in New Mexico.

Archer says she chose New Delhi because the same procedure was unaffordable in the United States. "The bottom surgery (genital reconstruction) alone would have cost me $50,000. Far too expensive," she said.

Completion of the surgery comes as liberation for Archer, who said she had to live with her grandfather in Mumbai until age 14 because her father, a military "macho man", did not want his only child to behave like a girl and threatened violence.

Dr Kaushik, the head of Olmec, the first centre of its kind in India certified by the International Board of Medicine & Surgery, says he conducts close to 50 sex-change operations in a year (10 to 15 of them foreigners) and the number has been rising in recent years. 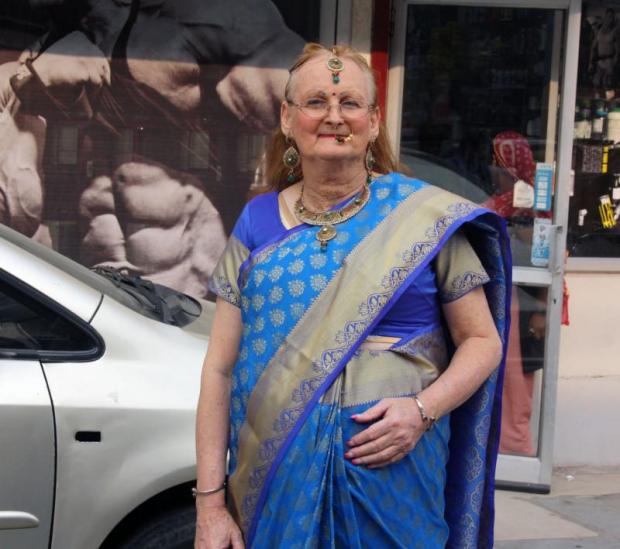 After: Betty Archer steps out at a market near the Olmec Clinic where she had her surgery.

"The number picked up in 2011-12 and has trebled since then," he told Asia Focus, adding that affordability, quality of medical expertise and no waiting period is what brings patients to India. They come from western countries, the Gulf states, Asia and Asean, mainly Thailand and Singapore. What makes the cost option even more significant is the fact that insurance companies do not cover sex reassignment surgery in the United States and the UK.

British businessman Graham Pascoe, who became Sue Pascoe at Olmec last year, has approached the courts in Britain to press for insurance compensation and a change in the way the industry treats cases such as hers.

In an appearance before the Women and Equality Committee of Britain's House of Commons recently, Pascoe criticised the long wait in England. She told the chairman of the committee, which released its report on Oct 13, that she had spent 500 British pounds for her dysphoria diagnosis and prescriptions for hormones alone. 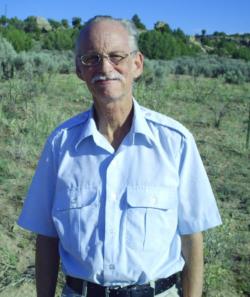 Before: Dale McCaw in New Mexico.

Pascoe praised the Indian surgeons. "In India, they have a completely different philosophy from the NHS (National Health Service) here in the UK, which seems to be one of delay, resource restrictions and putting a mental stability condition that is extremely hard to meet," she said. "[In India] they work very hard in making sure that they have the right diagnosis of gender dysphoria -- two psychiatrists, a magistrate -- and once that has happened, they then try to get everything done as quickly as possible to ease the social transition."

According to Dr Parag Telang, a plastic surgeon who runs a Mumbai clinic called Designer Bodyz, close to a dozen Indian cosmetic surgeons conduct gender reassignment operations in Delhi, Mumbai, Kolkata, Chennai, Bengaluru, Lucknow and other centres. Though no government or private organisation records the number of such procedures done in India, Telang puts the average number of foreigners coming to the country in a year at 200, adding that he believes medical tourism to India for the procedure is on the rise.

Telang says he has performed surgery on 22 people in last three years. Ten of these came from abroad including the UK, South Africa, Egypt, Thailand and Belgium.

Dr RK Mishra, the only gender reassignment surgeon in Lucknow in northern India, says most of his patients come from Thailand. He has performed male-to-female procedures on six Thai nationals in the last three years.

The cost of the surgery varies. Dr Mishra charges between 250,000 and 300,000 rupees for male-to-female (genital reconstruction, breast implants, facial feminisation and voice modulation) and 800,000 rupees for female-to-male surgery. The former is usually done in single short phase lasting from 10 days to a month but the latter involves multiple stages spread over many months. A female-to-male procedure at Designer Bodyz and Olmec costs more than 400,000 rupees.

Indian attitudes toward gender identity also are seen as providing a supportive environment. The country has the largest transgender community in the world with the 2011 census putting their number at 490,000. Groups of eunuchs (known as hijras in South Asia) operate in almost every city and town of India and collect gifts (called badhai in their parlance) from families on happy occasions such as marriages, the birth of children and moving into a new house.

Unlike transgenders who are crossdressers, hijras dress only in female attire. Many of them go under the knife to obtain female features.