Internet of Things (IoT) technology will be ready take off in Thailand next year, boosted by the arrival of fourth-generation (4G) wireless broadband networks and the proliferation and affordability of internet-connected devices, say IT analysts. 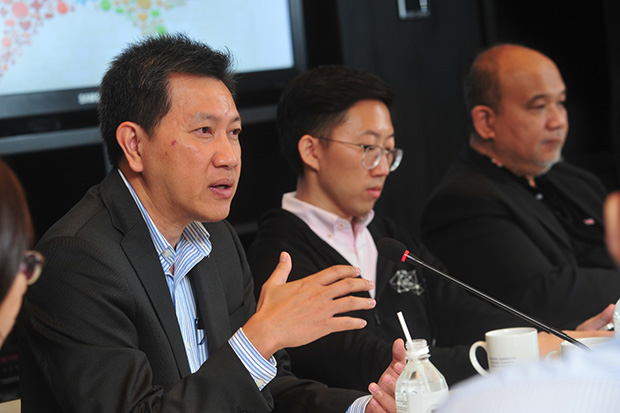 The availability of IoT skills with knowledge of embedded systems will also be a major factor driving IoT development and adoption here.

"The IoT will play a very important role in outlining the country's digital path and support the government's digital economy initiative," said Vatsun Thirapatarapong, managing director of Cisco Systems (Thailand), the local operating unit of the California-based IT networking firm.

The IoT is a network of physical objects or "things" embedded with electronics, software and network connectivity, enabling these objects to collect and exchange data.

It allows objects to be sensed and controlled remotely across existing network infrastructure, creating opportunities for more direct integration between the physical world and computer-based systems, resulting in improved efficiency, accuracy and economic benefits.

"Cisco estimates 25 billion devices globally are connected to the internet in 2015, doubling to 50 billion by 2020," Mr Vatsun said.

"It will create as much as US$19 trillion in global opportunities by 2020."

Cisco sees a massive opportunity in Thailand for a wide range of industries to capitalise on IoT technology.

Next year, Cisco plans to collaborate with several local universities to introduce the Cisco Networking Academy, a global education initiative by Cisco Systems, which will offer networking courses to allow students to learn from IoT use cases.

In Asean, Mr Vatsun said Cisco invested $10 million in a venture-capital fund focused on the IoT and other emerging technologies.

"Given the country's resources of highly technically skilled engineers and industrial manufacturing bases, the advent of the IoT will undoubtedly shake up things in a number of industries," he said.

Thailand's software market including mobile apps has matured. The IoT can widen ecosystems and create new value chain opportunities for the software industry.

As of the middle of this month, Thailand's tech start-ups raised a total of $54.5 million for 53 projects, up from only three projects valued at $2.1 million in 2012.

Kanchana Kanchanasut, vice-president for research at the Asian Institute of Technology, said a series of research activities had been designed to serve the wave of technological change that would bring unprecedented opportunities along with new risks to business and society.