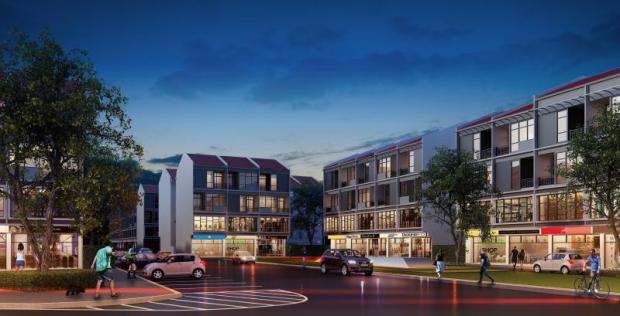 It aims to tap strong demand from the province's economic growth before expanding to Bangkok, Chon Buri and Phuket next year.

Group chairman Somprasong Panjalak said Udon Thani had high potential for commercial property development as the province's economic expansion during the past three to five years looked set to continue.

According to Udon Thani deputy governor Sittichai Jindaluang, the province's economy is ranked fourth in the Northeast and 23rd in the country. Locals' annual income is 87,000 baht on average, the fifth highest in the region and 50th in the country.

Sawat Teeratananugulchai, chairman of the Udon Thani Chamber of Commerce, said the upper Northeast's economic hub was expanding and attracting many investors from China and South Korea as the province is just 30 kilometres from Nong Khai, a special economic zone.

Mr Somprasong said the company aimed to close sales for the first phase by next April. Construction will be completed in the third quarter of next year and the company expects to have 1.2 billion baht in revenue by the end of 2016.

With a total investment of 1.6 billion baht, the project will be located on a 21-rai site on Nittayo Road, owned by the State Railway of Thailand. Around 16 rai will be developed for the first phase and the rest will be developed as a hotel and office block in the second phase.

Prime Road Group will also launch property projects in Bangkok, Chon Buri and Phuket worth a combined 5 billion baht next year. In Phuket, it has a four-rai plot near Kamala Beach where it will develop condos and villas in the mid-priced segment.

The Bangkok project will be located on a 12-rai plot on upper Sukhumvit Road where it is studying which segment to develop. It also has an eight-rai plot in Chon Buri that is also undergoing a feasibility study.