Vietnam can be a challenging place to do business but decision to join the TPP signals that the country is serious about reforms. By Wanant Kerdchuen

Hanoi is prospering as the Vietnamese government continues its efforts to promote more economic development beyond the south of the country.

Although Vietnam's business and investment landscape is known to be challenging, the market potential of 90 million consumers and the pro-business mindset of the one-party government continue to attract businesses hoping for lucrative returns in the long run.

"Thai investors should invest in Vietnam, but don't forget to do a lot of homework, be well-prepared on rules and regulations, and undertake in-depth scrutiny of the pros and cons of the market," says Panyarak Poolthup, the ambassador of Thailand to Vietnam.

A key challenge for foreign businesses in Vietnam has been minimal transparency, despite the government's commitment to tackle the issue more seriously. The necessity to pay extra "tea money" to cut through the impenetrable bureaucracy is an ugly fact of life, and one reason that Japanese investors who prize good governance prefer doing business elsewhere. 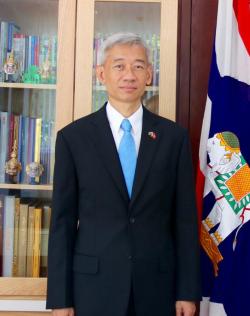 Demands made by officials are a huge burden for foreign small and medium-sized enterprises (SMEs) because they cannot afford the frequent and varying fee collections. Only big businesses with big budgets and lots of connections tend to survive in the long run, said Mr Panyarak.

Another impediment, he said, was that provincial and local administrators all have their own interpretations of rules and regulations issued by the central government. This allows government officials to take further advantage of investors.

Local businesses in the nominally Communist country, meanwhile, are not totally sold on the idea of fully open competition. Some large and connected Vietnamese corporations count on the government to use non-tariff barriers to protect their benefits against foreign players.

"The Vietnamese are naturally referred to by the West as a 'me-first' type of people, so they can't afford to lose their benefits in any case," Mr Panyarak said in a recent interview with Asia Focus in Bangkok. "Don't forget that Vietnam won the war against the US and France. They are no different today."

The ambassador urges prospective investors to carefully study investment regulations which vary extensively from province to province. Vietnam has no fixed incentives and requirements for foreign investments, even those located in special economic zones.

Therefore, he said, "businesses have to rely on their own negotiation skills and offer the best for Vietnam, and Vietnam will offer the best back because it desperately needs foreign investment."

Vietnam is highly reliant on foreign sources of funding because the government budget is limited. Work has slowed on many infrastructure development projects recently because they depend on the continuity of foreign funding, which has been slowing because of weakness in the global economy. 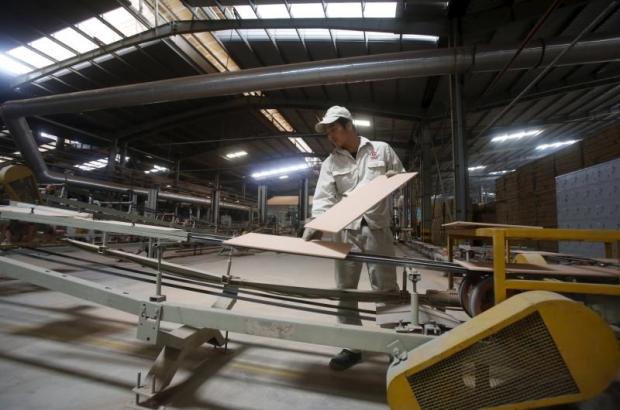 BELOW  A man checks the quality of ceramic panels at a factory in Vinh Yen city, outside Hanoi.

However, Mr Panyarak insists that Vietnam still has abundant untapped opportunities, along with 6% average annual economic growth. Businesses can no longer hesitate, he says, because the country is opening up rapidly through new trade agreements including the Trans-Pacific Partnership.

One noteworthy focus, he said, has been a shift in emphasis toward the north of the country, as the government is trying to foster economic expansion beyond the more developed south.

And while wages have been rising gradually, Vietnam continues to attract many companies seeking an alternative to China, where wages are rising even faster, and Thailand where both costs and political instability are concerns.

Samsung Electronics of South Korea this year ended TV production in Thailand and moved it to Vietnam, where it already has a strong manufacturing presence. About 90% of its products including mobile phones, tablets and TV sets now come from its assembly facilities in Vietnam. As well, rival LG Electronics has shuttered its Thai TV operations and moved them to Vietnam.

In an effort to become a more influential player in the global arena, Vietnam has taken on the challenge of joining the TPP, potentially giving it greater access to 11 Pacific Rim markets that account for 40% of the global economy. However, TPP membership will come with requirements for much higher compliance in areas such as labour rights, intellectual property and environmental protection.

"Many didn't expect Vietnam to join such a large-scale trade pact," Mr Panyarak said. "Vietnam will feel the pain at first because it has many things to work on domestically to catch up with the required standards for TPP members. ... [It] already has many challenges to tackle including obsolete laws and regulations, not to mention widespread corruption deep-rooted throughout." 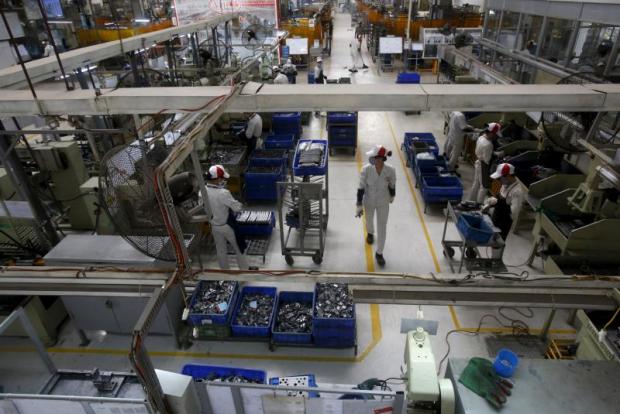 Labourers work at a foreign-owned company that produces car and motorcycle parts in Vinh Yen city, outside Hanoi.

Only four out of the 10 Asean member countries -- Brunei, Singapore, Malaysia and Vietnam -- are now part of the TPP. Indonesia and Thailand have recently expressed interest in joining so that they don't miss out on potential opportunities, but the process could be a long one.

In the meantime, some Thai investors are looking to tap into Vietnam in hopes of enjoying the benefits of the TPP, but Mr Panyarak advises them to wait for more details about the pact and how it will work in practice.

Thai businesses have built up a good reputation in Vietnam since they first entered the country a half century ago when it was still divided. Vietnamese consumers in particular have long viewed Thai goods as having high quality until today.

"Many Thai consumer-goods companies are already enjoying the market and many already have gained strong footholds," Mr Panyarak said.

Today, as the country prospers, the growing affluence of the middle-class is creating even more opportunities for makers of consumer goods. The population of 90 million is growing at the rate of 1 million per year.

"I can say that Vietnam is a very interesting market for the future of Thai products," the ambassador said, suggesting that the next wave of investment in the field should focus on modern, lifestyle-oriented products and services, and not just the mass-market products available today.

As Vietnamese people's purchasing power improves, they will demand higher quality. A country known for being conservative is now welcoming modernisation and urbanisation, and Thai businesses can take advantage of that transition by introducing creativity and lifestyle-oriented products.

Thai cultural influences have also contributed to positive attitudes among the Vietnamese. Kantana Group Plc, a Thai media production house, entered Vietnam in 2008 and its Thai soap operas broadcast there have become popular. 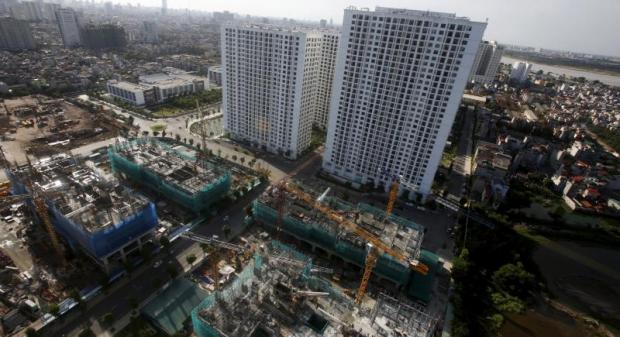 Hanoi is prospering as the Vietnamese government continues its efforts to promote more economic development beyond the south of the country.

"They (the Vietnamese) remember how Thai actors and actresses dress, so when they have a chance to come to Thailand, they won't miss shopping for clothes," the ambassador said. "I remember doing a search once on Google, and Vietnam was ranked one of the lowest in terms of clothing design and fashion taste."

Furthermore, Thai businesses can take advantage of the strained relationship between Vietnam and China. Negative attitudes toward China have made Chinese products a lot less popular in Vietnam, even though their prices are lower than those of Thai goods.

"The relationship between Vietnam and China is pretty bad," Mr Panyarak said. "[Vietnamese people] hate Chinese products. China controlled Vietnam for over a thousand years. It is a historical wound. And now they're fighting over maritime territory (in the South China Sea)."

In contrast, he said, Thailand has a solid footing in Vietnam and the political relationship between the two countries is "excellent in every aspect".

Next year, the two countries will celebrate the 40th anniversary of diplomatic relations, and Vietnam will embark on a major transition in the government. The 16th Communist Party Congress will lead to a change of three major positions including the president, general secretary and prime minister.

"2016 will be the year of change for Vietnam," Mr Panyarak said. "But whoever will take the positions, the government's policies will remain the same. Foreign investors are confident because there is stability and continuity in the administration."

In terms of economic relations, trade between Thailand and Vietnam was worth US$12 billion last year, with Thailand holding a surplus of $4 billion. The two governments aim to achieve $20 billion in bilateral trade by 2020. In the first three quarters of this year, trade totalled $8.46 billion with Thailand having a surplus of $2.8 billion.

In terms of investment value, Thailand now ranks 10th in Vietnam, but once the multi-billion-dollar refinery project of PTT Plc takes shape, Thailand will move up the table.

The concession has already been granted but Thailand's largest oil and gas company is still looking for the right local partner. As well, low global crude oil prices have slowed progress, according to the ambassador.

Post Publishing will host a seminar in Ho Chi Minh City on Dec 18 under the theme "Bangkok-Ho Chi Minh: Bridge to the Silk Road of Asean". For information and registration, call 02-616-4441. 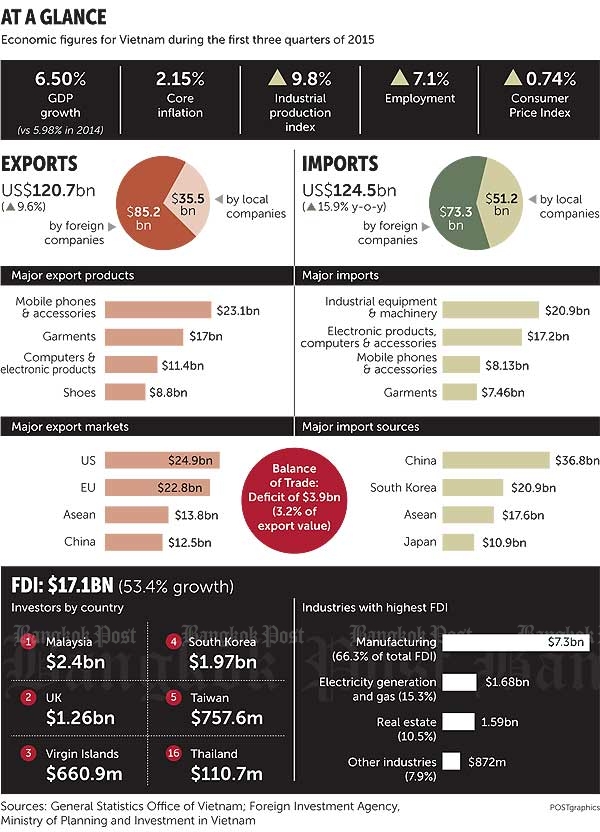