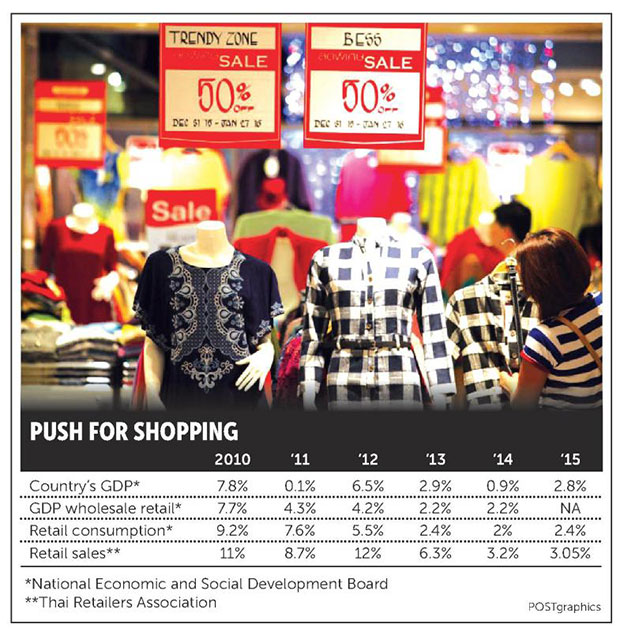 One is to allow taxpayers to file their tax returns twice a year instead of annually.

Allowing half-yearly personal income tax payment would mean taxpayers could receive a refund in August, which they could use to shop during the low tourism season, president Jariya Chirathivat said.

She said tourism was the major growth engine driving the local economy, so the government should encourage shopping sentiment by working together with operators in the tourism, hotel and retail sectors to launch attractive promotions during the low season to increase spending from locals and tourists.

Ms Jariya said the recent special tax break for individual taxpayers had encouraged Thais to shop more from Dec 25-31. It was one factor leading to retail business growth of 3.05% last year, beating a 2.8% forecast. 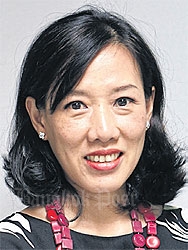 The TRA still insists the government should consider reducing the import tariff on luxury and brand-name products to attract more foreign tourists and locals to shop.

The Global Blue survey ranked Thais sixth globally for claiming tax refunds on international shopping in 2012 and 2013. This presents a major opportunity, and if Thailand could attract this group of people to shop here, it would benefit the economy, Ms Jariya said.

The group also called on the government to provide convenient value-added tax refunds for foreign shoppers, meaning immediate tax refunds at the point of sale or a zero VAT for foreign tourists making a minimum purchase of products and services.

Ms Jariya said the government should encourage other operators to run duty-free shops at major airports and in central Bangkok, with pickup counters provided at airports for items bought in the city.

Last year was the first in 20 years the whole range of Thai retailers faced slowing or negative growth.

"The government should speed up its infrastructure megaprojects to create new jobs and distribute income upcountry, as the purchasing power of middle- and low-income workers, the bulk of the population, remains weak," Ms Jariya said.

She said if megaprojects such as the digital economy, special economic zones, high-speed trains and double-track rail were delayed, purchasing power would remain weak.

TRA director Chatrchai Tuongratanaphan expects the economic outlook in 2016 will be better than 2015. The government will focus on disbursement for infrastructure projects and encouraging private sector investment.

He expects the retail industry will grow by 3.2% to 3.5% from 3.2 trillion baht last year, driven by tourism and government megaprojects. Retailers will spend 20-40 billion baht on their expansions. Momentum spurred by the special tax break for individuals should continue this year.

KANCHANABURI: Authorities on Saturday arrested 11 Myanmar nationals for illegal entry, including two women who had spent two nights lost in a forest after getting separated from a larger group that was caught on Thursday.

Covid-19 vaccinations in Thailand have surpassed 50 million doses after a record 1.44 million were administered on Friday.

HONG KONG: The pro-democracy group that for three decades organised vigils in Hong Kong commemorating the victims of Beijing’s Tiananmen Square crackdown voted to disband on Saturday in the face of China’s sweeping crackdown on dissent.