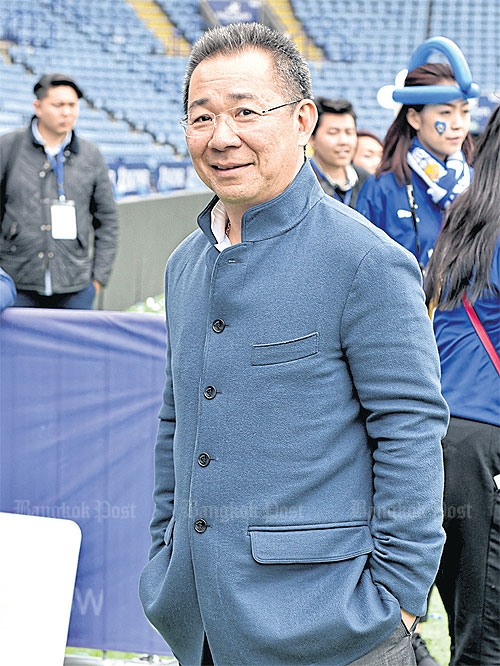 It will initially invest in two Asian countries: Japan, where most of the 8 billion baht will be spent, and Myanmar, for which it has a 100-million-baht budget, chairman Vichai Srivaddhanaprabha said.

The two international duty-free shops are expected to open next year.

"The number of international flights and the number of foreign tourist arrivals are key factors for King Power to make an investment decision outside Thailand," he said.

Japan is a popular destination for both Thai and Chinese tourists.

King Power estimates spending by Chinese travellers at its duty-free shops at 30 billion baht, making up more than half the group's revenue.

In Japan, King Power will work closely with major travel agents, while its presence in Myanmar will involve joint ventures with local investors.

Whenever King Power gets the right partner in Japan, it plans to open its duty-free outlet right away.

In the past, the obstacle to expanding business abroad was a labour shortage, not money, Mr Vichai said.

Today the group has 9,000 employees and will soon have 10,000 with the opening of a downtown duty-free complex in Phuket.

The group sees potential to expand its duty-free business in Asean. Apart from Myanmar, Mr Vichai is also interested in entering the growing tourism market of Vietnam.

Mr Vichai expects revenue will increase by another 25% to 85 billion baht this year thanks to the new duty-free outlets in Phuket and the growth in foreign traveller numbers.

King Power is optimistic about the purchasing power of Thai travellers. Revenue from Thai travellers at its duty-free outlets was 9 billion baht or 20% of last year's total.

With that in mind, King Power is confident the Thai market will grow.

Although some new players are making an effort to enter the duty-free business, Mr Vichai brushed aside such worries, citing his 26 years in the segment.

LAMPANG: A strong thunderstorm hit seven villages in Sop Prap district of this northern province on Wednesday morning, causing extensive damage to houses and other property.

A Malaysian beauty queen has apologised after her comments that black people should "relax" in response to raging US protests against police racism sparked an online outcry, including condemnation from "Crazy Rich Asians" actor Henry Golding.