A walking street near Wat Phumin. Photos courtesy of the Tourism Authority of Thailand

The Tourism Authority of Thailand (TAT) is using its Discover Thainess campaign to attract foreign tourists to "Hidden Gems" -- 12 provinces most people miss on their trips here.

The Bangkok Post has already looked at the tourism potential of nine of them. The 10th hidden gem is the northern province of Nan, 669 kilometres from Bangkok.

"Twinkle, twinkle, little star. How I wonder what you are."

You may think of this lullaby when you lie down atop Doi Samer Dao, where hundreds of stars can be seen in the dark night sky. The experience has been shared by many social media users and in blog reviews.

Congestion in major destinations is driving some tourists to explore new areas, and Nan is a good choice. Word of mouth has made the less-developed province a bigger draw in recent years.

The province is in the remote Nan River valley, surrounded by forested mountains. The top two attractions are Doi Samer Dao and Wat Phumin, a temple with many local art masterpieces. 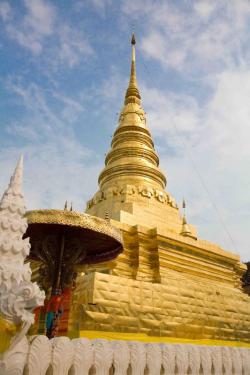 Outside investors cannot enter Nan easily, as locals are keen to preserve their communities. Land prices in the province jumped 111% last year. Nan has a brand of charm that most tourist destinations lack.

Apart from safety and a slow pace of life, the northern province offers an atmosphere of old shophouses, morning markets, cultural sites and mountains.

Two popular temples are Wat Phumin and Wat Phrathat Chae Haeng, a sacred place since the reign of Phaya Kharn, the king of ancient Voranakorn City, some 600 years ago.

According to Nan Governor Suwat Promsuwan, tourism is up sharply since 2013 and now contributes an estimated 30% to the province's GDP.

Satit Boonthong, president of the Nan Tourism Business Association, says the number of hotel rooms in Nan has doubled to 4,000 in the past two years. Average occupancy is nearly 100% during the high season (the cool season) and 50% during the low season. Room rates have more than doubled from the prices seen in 2009.

Mr Satit says most visitors to Nan are "quality" tourists and thus willing to spend extra on a nice room.

Private and state tourism groups believe Nan will continue on its growth path, particularly as regional integration under the Asean Economic Community sets in. The province is near Laos and Myanmar, offering the prospect of future connections to attractions in those countries.

The Tourism Department says arrivals to Nan rose by 19% to 1.76 million last year, of whom Thais constituted 1.44 million. Tourism revenue rose by 14% to 4.43 billion baht.

The Tourism Authority of Thailand (TAT) expects tourist arrivals to Nan will rise by 10% to 1.94 million this year as tourism revenue grows by 10% to 4.88 billion baht.

Nan province focuses on cleanliness, safety and conservation as its strong points. In the province, local regulations have been issued to limit the height of buildings in municipal areas and preserve the landscape.

Nan faces tourist congestion during the high season and long weekends. In the cool season, the province' six natural parks are booked solid.

"Arrivals to Nan should be a maximum of 2 million visitors per year," says Mr Suwat. "We want only quality tourists, not a big volume."

Officials are concerned about deforestation after hill tribes turned 1.5 million rai of forest land into cornfields.

Authorities are trying to curb the destruction and reclaim forest areas, but the solution will require amendment of the Forest Protection Act and the support of various parties.

Mr Suwat says officials have persuaded hill tribes to grow perennial plants such as cashew nuts and bamboo in the forest legally.

"It's impossible to solve the deforestation problem without involving the hill tribes," he says. "We must give them a solution to live in the forest and protect nature at the same time."

Thanaporn Pulperm, director of the TAT's Phrae and Nan office, says many locals do not want Nan to be a tourism destination. Growing tourist arrivals have led to traffic congestion and restaurants bulging with tourists, especially during the high season and long weekends. The cost of living is rising as well. Locals feel they see no benefit from tourism growth

Therefore, the TAT has started to promote the nearby province of Phrae to relieve congestion in Nan, she says.

Tourism expansion in Nan is difficult, as land ownership is low at 7% of total land, says Mrs Thanaporn. In good locations, a small amount of land ownership can protect the city from outside investors but also blocks tourism investment. 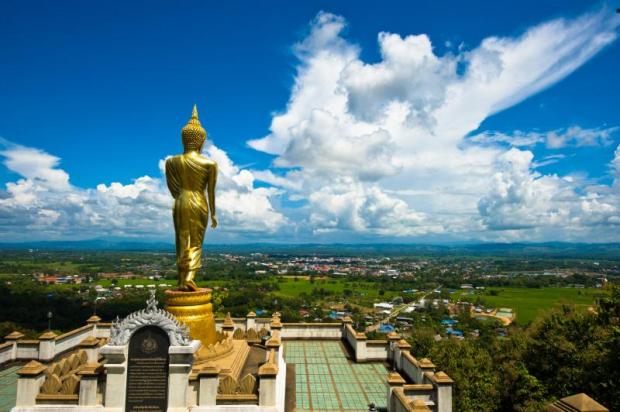 KYIV: The renewed Russian offensive in Ukraine's Donbas has turned the eastern region into "hell", President Volodymyr Zelensky said, as the United States approved a gargantuan US$40-billion aid package for the country.