A new personal income tax structure, including wider taxable income bands for 30% and 35% tax rates and increases in expenses and personal allowances as well as a land and buildings tax, may go before the cabinet today or its next meeting at the latest, says an informed source at the Finance Ministry.

The income band for the 30% bracket will be raised to 2-5 million from 2-4 million, and the new range for the top rate will start from 5 million, said the source. 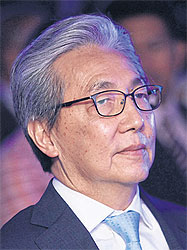 The source said the expense allowance cap will be raised to 50% of annual income, but not exceeding 100,000 baht, while that for personal allowance will be doubled to 60,000 baht from 30,000.

After the new personal income structure is implemented, allowances will be increased by up to 70,000 baht per individual taxpayer. The present expense allowance is capped at 40% of annual income but not exceeding 60,000 baht.

The new structure will also abolish the cap for the number of child allowances, now limited to three, while the allowance per child of 15,000 baht will be kept unchanged to encourage people to have more children, the source said.

The government is expected to lose millions of baht in revenue from the new tax structure, the source said, adding that all individual taxpayers will reap benefits but the amount depends on their tax rates.

In related news, Deputy Prime Minister Somkid Jatusripitak said the land and buildings tax will be imposed on property with an appraisal price of 50 million baht or higher in a bid to prevent low-income earners from shouldering the tax burden.

The new property tax is designed to create fairness and spare low-income workers from being taxed, he said.

Another source at the Finance Ministry said levying the tax on property with an appraisal price starting from 50 million baht is meant to reduce opposition to the new property tax.

Finance permanent secretary Somchai Sujjapongse said the ministry plans to propose drafts of both the land and buildings tax and a new personal income tax structure to the cabinet at the same time to ease public anxiety over any new tax burden. Any higher burden from the new land and buildings tax would be offset by a lower personal income tax, he said.

The land and buildings tax is set to come into effect in 2017 once approved.

The new property tax is expected to raise the government's revenue ratio on assets from its low current rate of 1%, with taxes on consumption and income dominating revenue contributions at the moment.