The first three draft bills related to the digital economy have sparked concerns over possible problematic internet use, says an international law firm.

The bills govern computer-related crime, digital development for the economy and society, and the National Broadcasting and Telecommunications Commission (NBTC).

The cabinet plans to submit the bills to the National Legislative Assembly this week.

"There are pros and cons of these laws, which need to be revised to eliminate the negative impact," said Dhiraphol Suwanprateep, a partner in the ICT practice group at Baker & McKenzie.

For instance, he said Section 14 of the computer-related crime draft bill, which has been revised to include the offence of dishonest or deceitful importation to a computer system of forged or false computer data, is likely to cause damage to the public.

"It is still too broad and likely to encompass acts which should not be deemed as illegal acts," Mr Dhiraphol said. 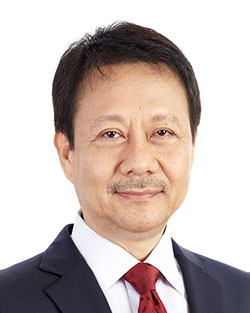 There are pros and cons of these laws, which need to be revised to eliminate the negative impact, said Dhiraphol Suwanprateep


The computer bill also revised the maximum retention period of traffic data to be two years for special cases, compared with only one year now.

"This imposes an excessive burden on service providers as computer and traffic data can be gathered at once when criminal activities occur," he said.

A shorter retention period will also cause officials to be more diligent in working on gathering traffic data evidence and catching criminals without undue delay.

Mr Dhiraphol said the computer crime bill has the advantage of a defence against internet service provider (ISP) liability. If ISPs take down illegal content according to procedures in the ICT Ministry's notification, they would be exempt from liability.

The existing law allows courts to decide if a webmaster was guilty in cases when illegal posts were left on the web for 20 days. For some busy websites, it would be an issue for the webmaster to check every post.

Section 18 has been revised to expand investigation powers of government officials to cover criminal offences.

"This provision renders benefit to the criminal procedure system in Thailand if the powers are not abused as it help officials gather more evidence and catch criminals more easily," said Mr Dhiraphol.

The NBTC draft bill would allow the commission to allocate frequencies via other means than only auctions.

"This will promote more efficient use of frequencies," Mr Dhiraphol said.

However, the NBTC may allow other persons to share the allocated frequency if such sharing does not interrupt the use of the licence holder.

If the NBTC anticipates that the auction winner may not be able to use a frequency to its full potential, it may allocate frequency on an appropriate bandwidth at the time of the auction instead of taking away the licence holder's rights after the auction.

Auction prices for frequencies tend to be high. If a business is not able to continue operating, the NBTC should allow a licence transfer in order to exchange the benefits of the business flow and to reduce the damage for the operator, Mr Dhiraphol said.

This will weaken the authority of the NBTC. It may also delay operations due to more processes and political intervention as politicians might be appointed to sit on the committee.

Mr Dhiraphol said the bill will also establish a fund for development of a digital economy and society, replacing the Broadcasting and Telecommunications Research and Development Fund that was set up for public interest.

"This might prescribe the rules on the use of the fund itself. The fund can also be used to aid funding, joint ventures or offer loans to private companies," he said, adding that this would be another way for the private sector to use the public fund.

Rise in number of Thais seeking work in Korea