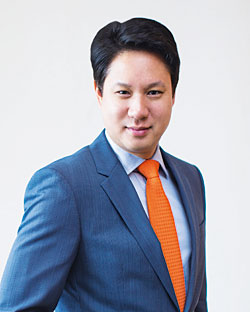 "The importance of internet connectivity these days is undeniable. CAT therefore is unceasingly developing telecommunication infrastructure, including submarine cable systems connecting all regions around the world. This year, we are working on a new route -- APG (Asia Pacific Gateway) -- in which we have invested over 2 billion baht. This system connects directly to Malaysia, Singapore, Vietnam, Hong Kong, China, South Korea, and Japan. With this project, CAT will be Thailand’s sole service provider operating direct connectivity through a sub-marine cable system hosting such popular global content providers as Google, Facebook, Microsoft, Lind, Akamai, Amazon, and others. The Sub-marine cable system is considered the best and most effective telecommunication infrastructure. CAT Internet Gateway has the most numerous and largest bandwidths in Thailand for providing internet connectivity globally with equal quality to other top providers around the region. We are also networked with Singapore, Hong Kong, USA, England, Netherlands, Germany, France, and countries in other regions around the world. We also plan to expand the connectivity network to other regions to 100 Gbps, enabling us to operate 500 Gbps bandwidth so that internet users on CAT Internet Gateway can promptly access content. In response to the growth of the digital economy, this year we are also investing over 200 million baht in systems and equipment development to enhance the network, including enabling the potential of Tbps (Terabit per Second) bandwidth for AEC."

"We also provide services to university networks i.e. UNINET. This connects universities through intranets to the Internet Gateway, thereby maximizing the effectiveness of information transmission via the networks. Besides UNINET, internet connectivity in vital, large-scale government sectors is fully supported by CAT in terms of internal development and enhanced public services. CAT’s Internet Gateway is also trusted by leading ISP providers such as TRUE, TOT, 3BB, and AWN."