Song urges Northerners to "not be fooled & manipulated by anyone" while "southern people love democracy & freedom" according to the song.

The title of the folk-style song is "On August 7, Be United in Referendum for Secured Democracy."

The song has sparked heated criticism for being divisive rather than unifying.

Critics say the song does not actually encourage Thai citizens to "be united" as the song title urges.

The song was reposted to the Freedom Thailand YouTube channel on Tuesday and drew strong comments with the like/dislike ratio on Thursday morning at 1 like to 17 dislikes.

The Election Commission (EC), however, brushed off the criticism. 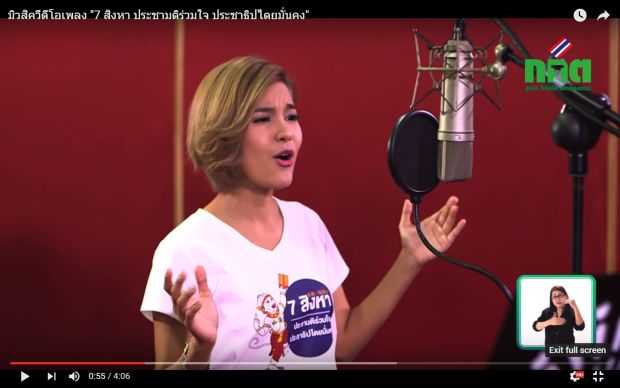 Activists said the song failed to reflect the substance of the issues addressed in the draft constitution. 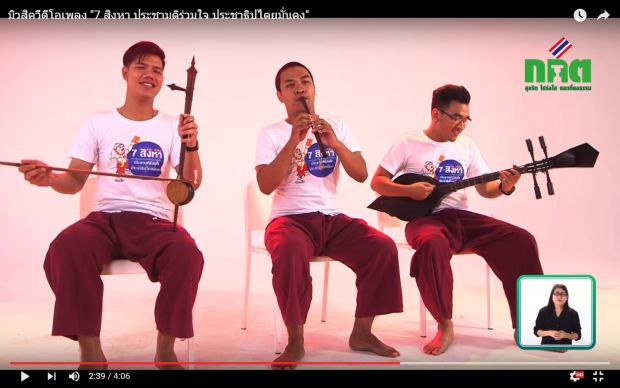 The sort of impromptu three person music group that has become more popular in the north in recent years (Source: YouTube)

The song urges people in the North to "not be fooled and manipulated by anyone" when they cast their votes.

One part of the song suggests northeastern people must use their conscience to consider the contents of the draft charter and not let anybody deceive them. 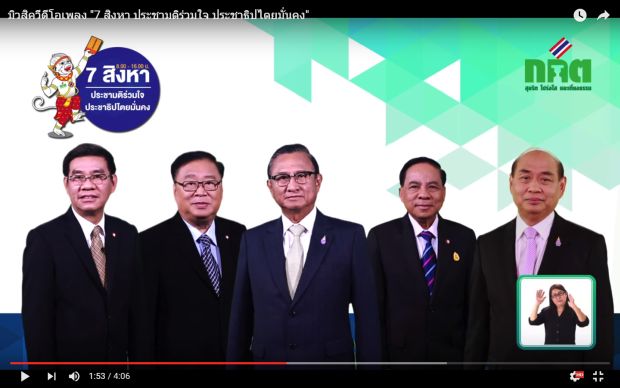 The election commissioners themselves also make an appearance in the video (Source: YouTube).


Another part of the song emphasizes that people in the north must not allow anyone to dictate what choice they make.

Instead, they should study the contents of the draft constitution in-depth themselves.

Another part of the song, however, indicates that southern people love democracy and freedom.

The South is the long-time political stronghold of the Democrat Party, the arch-rival of the Pheu Thai party from which the junta seized power in a coup on May 22, 2014. 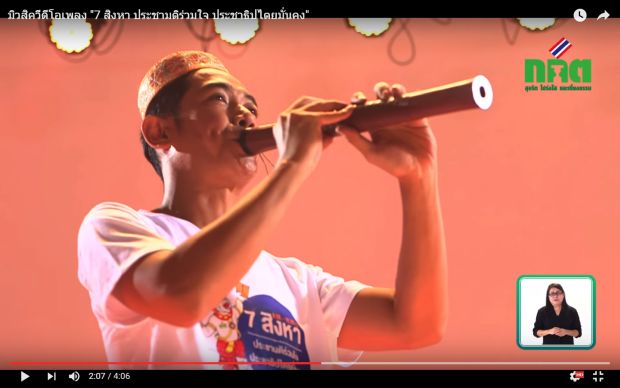 The Pi (ปี่) or quadruple reed oboe used in the traditional music of Thailand. (Source: YouTube)

The song has drawn the ire of some academics and politicians, who said it is insulting to people in the North and Northeast.

Both regions are political strongholds of the Pheu Thai Party.

Speaking out against the EC's song, Somkid Cheukong, a former Pheu Thai MP for Ubon Ratchathani, said the song contains negative content regarding people in the North and Northeast.

They are looked down upon for being "stupid" for being led by others in how to vote while the song also caused divisions between different regions of the country, he said.

However, he also said that he doubted that the people behind this song were prejudiced against northern and northeastern people, but added that the EC should review the song's contents before it causes dissatisfaction among people in the two regions.

UDD co-leader Nattawut Saikuar said that he would release on Thursday his own referendum song, which he wrote and sang himself. 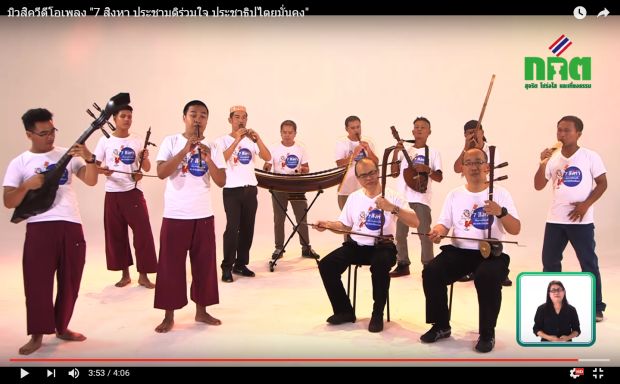 The full Thai orchestra joins in the finale (Source: YouTube) 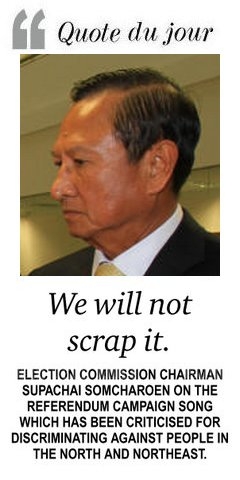 EC member Somchai Srisutthiyakorn said the EC members have not convened to discuss the criticism, but in his personal view, the song does not have content which is deemed to insult people in any region.

The songwriter has also insisted he had no intention of insulting anyone.

ANOTHER CONTROVERSIAL SONG THAT WILL REMAIN NAMELESS

The EC however is zeroing in on another song in a video clip which was posted on a Facebook page.

The video clip is being criticised for using rude words and influencing people in how to vote in the referendum.

Mr Somchai said the EC has assigned its working team to study whether the song has violated laws and the results are expected within a week.

He warned people seen in the clip to notify police if they had posted it before the Referendum Act took effect, or else they would risk being charged with violating the law.

People should not share the video clip, he also warned, so it cannot be included here.

The EC is in the process of gathering information and if people are found to have committed offences, the information will be sent to police to proceed with prosecution, Mr Somchai said.