Some cattle are fed with a few bunches of morning glory while a large number of animals are still starving.

Once 100 million baht a year tourism business can't afford to buy animal food to feed all the animals wandering around its property.

2,000 animals remain at the Tiger Temple in Kanchanaburi with little, if any, food after authorities moved its tigers.

The recent Tiger removal has reportedly left the temple without any means for raising money to pay for animal food.

So, the Tiger Temple is now asking for food donations to feed the remaining animals.

NO VISITORS AFTER MUCH-PUBLICISED TIGER RELOCATION

Staff at the Tiger Temple said there have been no visitors at all to the temple after the relocation of 147 tigers to several breeding centres in other provinces between May 30 and June 4.

The relocation was carried out by the National Park, Wildlife and Plant Conservation Department under a court order.

The temple, once famous among tourists for its Bengal tigers from 2004 to last month, was accused of involvement in illegal wildlife trafficking.

Nathawut Phokaew, a temple boy (a layman serving monks at a temple in exchange for shelter and food), said on Wednesday after the tigers were removed, the temple had been virtually closed. 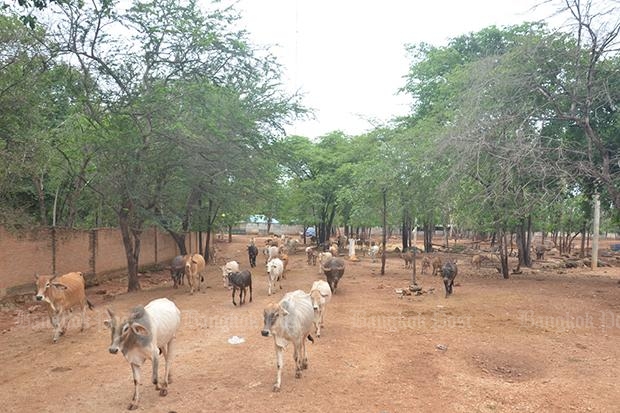 RESCUED OR BOUGHT FROM SLAUGHTERHOUSES TO MAKE MERIT

Although the monastery no longer has tigers in its care, it has to feed about 2,000 other animals including cows, buffaloes, deer, barking deer, boars and others.

The problem is that the temple doesn't have any money anymore.

Many of the cattle on the temple's property were rescued or bought from slaughterhouses, a popular form of merit-making among Thai Buddhists.

Now they might die anyway, an ironically even more painful death from starvation.

The animals are now fed subsistence amounst of feed and vegetables each day because the temple could not afford to buy more, he added.

Mr Nathawut said he and other temple staff would continue to stay out of a concern the temple would have no one to feed the animals. 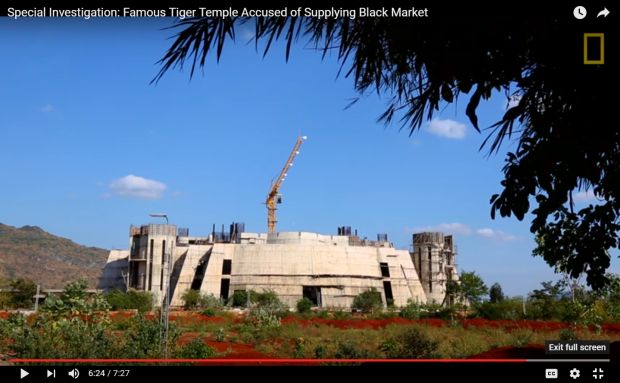 ONCE A 100 MILLION BAHT A YEAR TOURISM BUSINESS

It is worth recalling the golden days of the Tiger Temple, only a month or so ago, that have so quickly faded from memory as they passed from our Facebook timelines.

Tigers once earned the Tiger Temple an estimated 100 million baht a year in tourism revenue.

During the Tiger Temple's golden days, monks at the temple were accused of speed breeding and selling off tigers illegally.

Moves to remove the tigers gained momentum in 2014 when three of its 147 captive tigers reportedly disappeared.

The results of an investigation published in the National Geographic magazine indicated that tigers had been taken illegally to and from the temple since at least 2004 (see here).

The Tiger Temple denied anything at all was wrong until the very last moment before the wildlife department entered the temple with a court order.

The head of the wildlife department tried to negotiate with Police Colonel Supittapong Pakcharung, chairman of the Tiger Temple Foundation, which oversaw the hugely profitable tiger zoo, but failed, with the Police Colonel threatening legal action against anyone who trespassed, up to the very last moment (see here).

MONEY TRANSFERS OUT OF THE COUNTRY TO GERMANY & CZECH REPUBLIC

The lawyer Soochaphong Boonserm who once worked as a volunteer helping the temple with legal documents later resigned and became a whistleblower when he uncovered evidence of wrongdoing.

The lawyer said he uncovered evidence that the Tiger Temple had transferred money out of the country to purchase plots of land in Germany and the Czech Republic, purportedly to build new temples.

He said the land plots were registered in the name of the controversial head abbot Phra Ajarn Chan (see here). 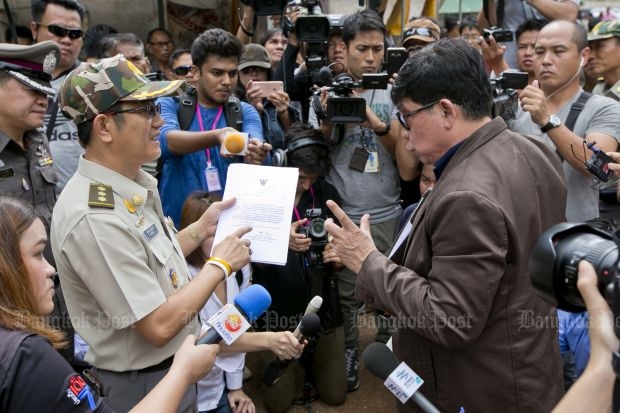 SOME SICK, SOME PREGNANT, BUT CAN ONLY FORAGE TO FIND FOOD

The animals at the Tiger Temple can only forage since there is not enough money to buy them any food at all.

Gone are the days of millions of baht of tourism profits.

"Some of them have become sick. Some are pregnant. We can't do anything but let them forage for food on temple grounds. It would be good if government officials, particularly veterinarians, could come to take a look at them from time to time.

"We would also like to call on animal lovers to donate food to the temple so we can feed them," he said.

Kasemsorn Polchai, another temple boy, said the animals were now scattering all over the vast temple land, looking for food.

"Donations for the animals are needed," he said.

TIGER TEMPLE SAGA STARTED BACK IN 2001

In 2001, Luang Ta Chan, the abbot, took in seven wounded tigers, allegedly at the behest of villagers.

Wildlife officials at the time came to take a look at them and decided the big cats needed to be impounded because they were protected animals.

However, the authorities lacked the means to move or take care of them so they asked the temple to keep looking after them on their behalf.

RISE TO POPULARITY WITH TOURISTS

With the rare tigers on long chains so that they could be petted, the monastery became popular with tourists from all over the world.

The temple reportedly relied on donations and revenue from animal shows to keep the operation going.

Over the past two years, the temple was accused of being involved in animal trafficking after a veterinarian who used to work for the temple revealed the number of the tigers went up and down, perhaps indicating tigers were being sold illegally.

To partially rectify the situation, the temple applied for a zoo licence but the application was ultimately turned down.

Wildlife authorities took action in May to take away the tigers.

Raids on the temple revealed 40 bodies of baby tiger cubs in freezers.

Body organs and parts of dead adult tigers that could be sold for hefty profits also shocked the world when they were found.

Thousands of amulets and magical talismans made of tiger parts were also seized.

The abbot denied any involvement, saying he had nothing to do with all the dead tigers and tiger parts found around the temple.