Public figures cannot avoid fortune-tellers, observes former-PM Abhisit, but predictions for careful living, not policy. Everyone from Gen. Prayut to Thaksin uses them.

Fortune-telling and politics intertwined in Thailand

Over the years, many incidents have shown that Thai politics and politicians place great reliance on fortune-tellers and astrology.

A number of people, from ordinary people to the elites, seek guidance from fortune-tellers who provide predictions by various supernatural methods.

"Fortune-tellers told me to speak less to maintain a good political atmosphere. I will obey their advice," the Prime Minister told reporters before cutting short a press conference recently.

The advice to speak less came after Gen Prayut invoked a number of strong measures in dealing with opponents to 'maintain order' in the country, but those harsh measures also drew criticism.

Recently, Gen Prayut has himself sometimes blasted the media when asked questions that angered him, including about such topics as prolonging his power, the constitution referendum, and anti - government movements. 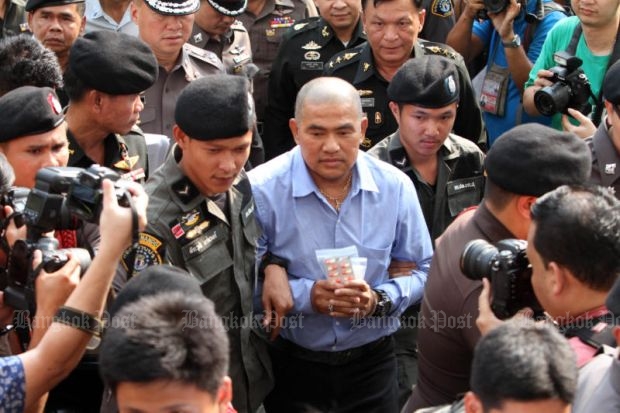 Suriyan Sucharitpolwong, an unlucky fortune teller known as Mor Yong who was arrested in a high-profile lese-majeste case but died in prison shortly afterwards.

Some astrologers in Thailand predict the future using birthdates, while others claim to be spiritual mediums who connect with spirits or supernatural beings to learn what will happen in the future.

One politician in northeastern Thailand said he likes hearing advice from fortune-tellers mainly out of the excitement of seeing if the situation predicted comes about.

"Some predictions did happen but some did not. There is no explanation for astrology in my opinion but in general Thai people do not disparage any prediction," he said. 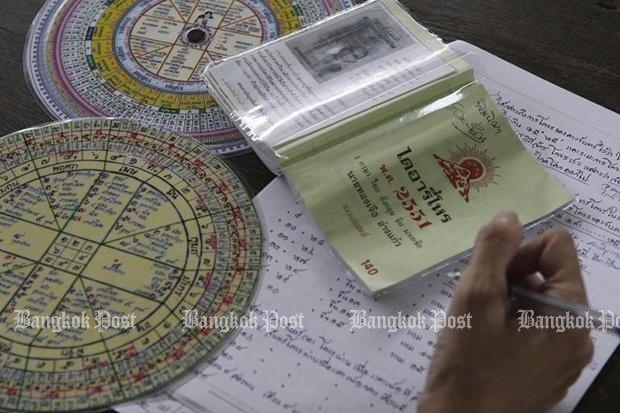 In Thailand, both personal and political predictions normally are made by astrologers at the end of the year, as people want to know what is going to happen in the new year.

Uncertainty or political deadlock also causes some groups, politicians in particular, to resort to soothsayers. 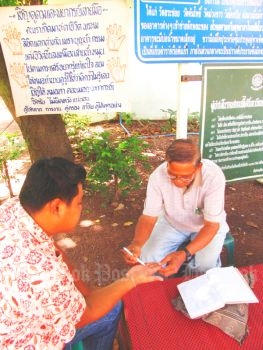 In the past, astrologers have predicted the fortunes of monarchs, elites and government bureaucrats, especially when they led troops in war or during times of transition.

Throughout history and still today, astrology has been relied on by groups in Thai society, politicians in particular, according to Ms Nattaya, who has worked as a political journalist for more than 30 years. 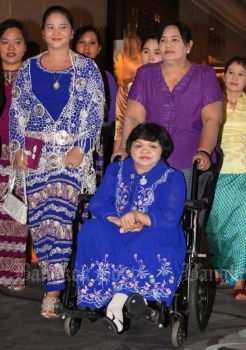 EThi, that’s her name, though for Myanmar generals and powerful Thai politicians, she’s known as ET. For years the diminutive, deaf-mute Myanmar fortune teller has read cosmic signs and predicted the course of national events and become an unlikely character in Southeast Asian politics. Apichit Jinakul

"All Thai politicians do want to know if they will be elected and definitely a large number of them consult fortune-tellers," she said.

One such example is ousted former prime minister Thaksin Shinawatra.

While in office, Thaksin consulted with several astrologers before he made political decisions, in addition to conducting many religious rites at Government House and other places. 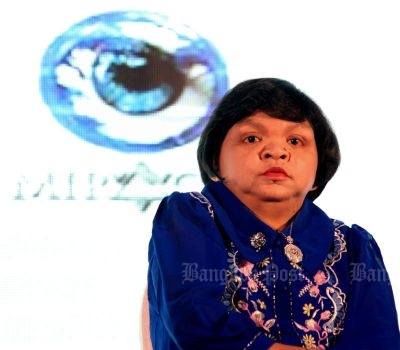 "Thaksin went to Myanmar asking advice from the famous fortune-teller E Thi (pronounced: ee-tee) when he was in power and after he was deposed," said Ms Nattaya.

E Thi is a well-known fortune-teller in Myanmar who has made predictions for many politicians and businessmen both in Myanmar and other ASEAN countries.

Many of those who met E Thi said her predictions were right. 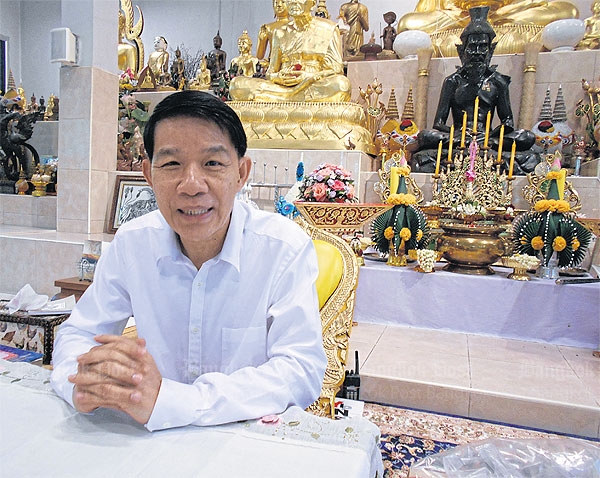 Warin Buawiratlert sits in front of his shrine, which he says is inhabited by the spirit of Indian guru Kewalan, where he meets guests looking for insights into their future.

Among famous astrologers, a well-known fortune-teller from Chiang Mai, Warin Buawiratlert, 59, said he predicts Gen Prayut will stay in power for at least three more years (read more about him here).

The famous astrologer once predicted that the next prime minister's name would start with the letter "P", and his prediction was criticised when Yingluck Shinawatra became prime minister.

"I predicted what I saw, although Yingluck won the election and became the government leader, she could not stay long because the prime minister must be P (Prayut)," Mr Warin said.

WARIN PREDICTS ALL WILL JOIN TOGETHER & WORK FOR REFORM

Following the next election expected next year, Mr Warin predicts all groups will join together to work for the country under a national government, which will be set up to run the country and carry out reforms.

This current government will be joined by major political parties, including rival parties. 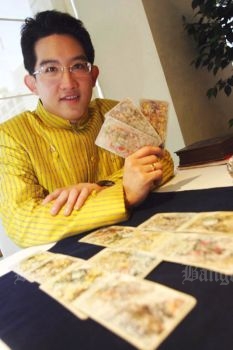 Former Prime Minister Abhisit Vejjajiva is among famous politicians whose future was picked by fortune-tellers.

Mr Abhisit said he could not avoid fortune-telling since he is a public figure but he does not rely on the predictions.

"I am not a person who relies on astrology but many fortune-tellers predicted my future and I was not offended. I can listen to all predictions," he said.

"Sometimes, the prediction did not come to pass but sometimes it did, such as the incident in which I broke my arm from a fall. A fortune-teller warned me several months before and I really broke my arm," Mr Abhisit added. 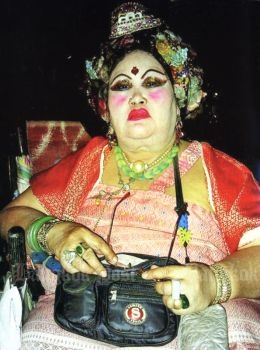 Although Mr Abhisit regards the predictions as suggestions for careful living, he did not use them as the key to policy implementation.

"Using fortune-telling to make decisions on the party or government policy is not my way," he said.

He refused to comment on the prediction by Myanmar's E Thi who indicated he will return to be prime minister in the near future. 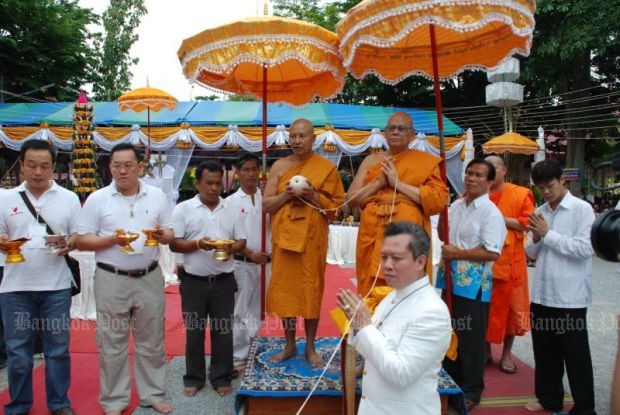 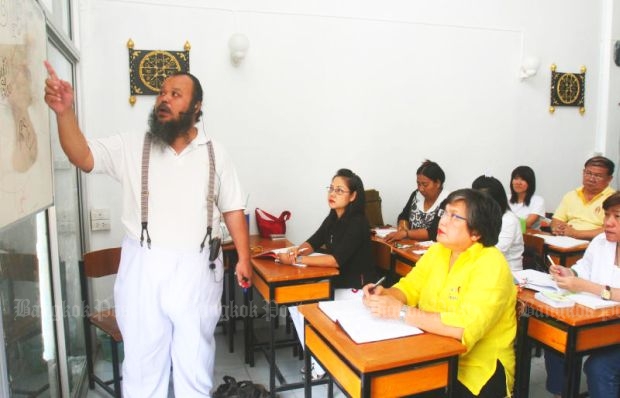 Astrologer Por Liampetcharat, the chief instructor, makes a point to his pupils during class at the non-formal education centre in Don Muang.