This picture taken on July 16, 2016 shows a group of Indonesians playing Pokemon Go on the streets in Banda Aceh, as they joined the frenzy for the game that has become a worldwide hit and blamed for a wave of crimes, traffic violations and complaints in cities around the globe. Indonesia has ordered police not to play Pokemon Go while on duty and will soon ban military personnel as well, officials said July 20, as the armed forces chief warned the smartphone game was a security threat. / AFP PHOTO / CHAIDEER MAHYUDDIN

True CEO Suphachai Chearavanont told reporters that the launch will be facilitated by the company's appointment in 2014 as the only master licensee to manage Pokemon content and expand the business in Thailand, a fast-growing mobile game market in Southeast Asia.

The exact launch date will be decided by Japan's Nintendo, he said, adding the game will be available for free downloads to users of any mobile service.

Pokemon Go, which marries a classic 20-year-old franchise with augmented reality, has become an instant hit globally since its launch on July 6, with reports of players found in most unlikely places around the world in search of "monsters" so they could train them for battles. 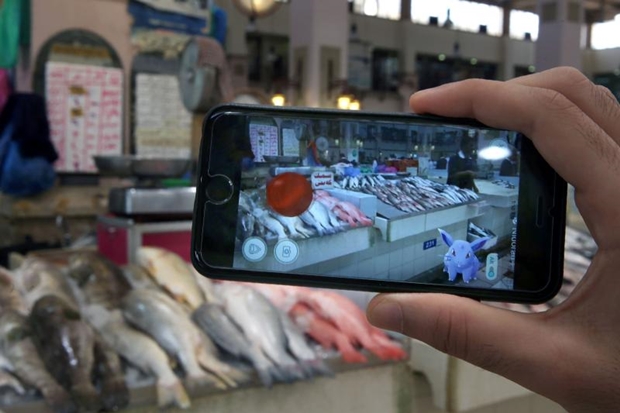 Augmented reality: A gamer uses the Pokemon Go application on his mobile in the main fish market in Kuwait City on July 14, 2016. It combines the actual scene with a Pokeman figure. / AFP PHOTO / YASSER AL-ZAYYAT


Pokemon Go has been released in more than 30 countries and is expected to be launched imminently in Japan, where Nintendo created the franchise two decades ago.

The wildly popular augmented-reality smartphone game expanded officially into 26 more countries this week, even as some security and religious authorities around the globe expressed alarm, according to a New York Times report.

In Saudi Arabia, clerics renewed an existing fatwa against Pokemon, calling it “un-Islamic.”

Bosnia has warned players to avoid chasing the creatures onto land mines left over from the 1990s.

An Egyptian communications official said the game should be banned because sharing photos or videos of security sites could put the sites at risk. 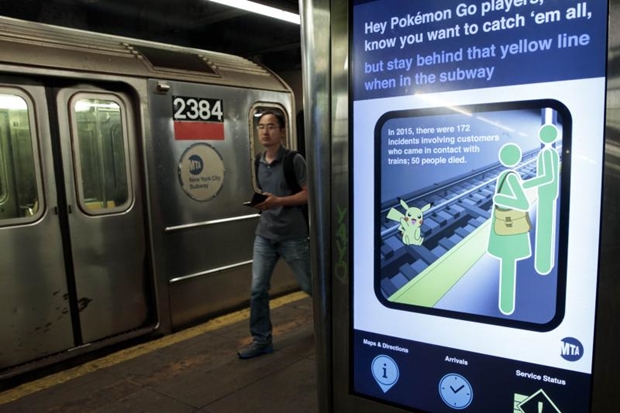 NEW YORK, NY - JULY 20: The problem with augmented reality is the "reality" part. A safety message is displayed on a screen in the 14th Street subway station making this clear.The Metropolitan Transportation Authority (MTA) has placed digital signage in subway stations encouraging riders to be safe while playing the Pokemon Go app on their smartphones. Drew Angerer/AFP

Indonesian officials also called it a national security threat that could allow its enemies to penetrate military sites and gain access to top-secret data. On Monday night, a French citizen working in Indonesia was temporarily detained after stumbling onto the grounds of a military base in West Java Province while searching, he said, for Pokemon figures.

Israeli officials warned soldiers not to use it on bases as it could reveal their location.

South Korea’s government already restricts Google Maps for security reasons, so Pokemon Go – which uses the data to populate its own maps – wouldn’t work anyway. But the app happens to be working in one small seaside town near the North Korean border – and busloads of people are showing up to play.