Pokemon hunting is new tourism & transport business opportunity. Gets people off couch, out & about mixing with friends but may distract from work.

Pokemon Go only launched in Thailand on Saturday but it looks set to transform the Thai economy in many unique ways.

Since its global launch, Pokemon Go has sparked a worldwide frenzy among users who have taken to the streets with their smartphones. 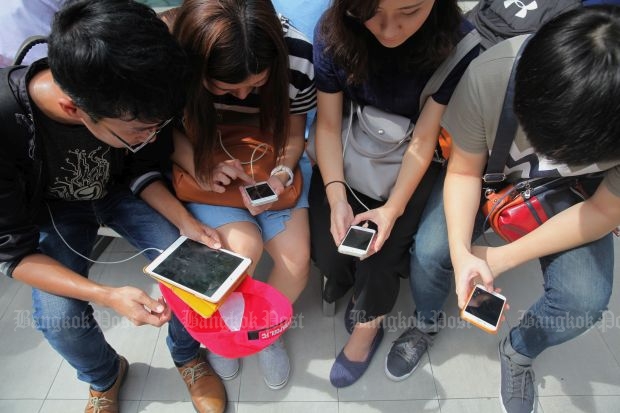 Pokemon group outings could get people out and about, spending money & stimulating the economy.


The viral game uses satellite locations, graphics and camera capabilities to overlay cartoon monsters onto real-world settings, challenging game players to capture the little creatures and train them for battle.

In Thailand, True, through its subsidiary True Content and Media, won the exclusive rights in 2014 to sell Pokemon items and develop a localised version of Pokemon video games with characters and themes unique to Thailand.

True also holds the sole rights to do marketing and information releases in Thailand in collaboration with Pokemon Go's owner Niantic.

A travel agency in Phuket, Phuket Tour Holiday, is already offering Pokemon hunting tours around the island to help new arrivals to Phuket gain familiarity with its landmarks so they can make their way around the island and hunt Pokemons.

Tourists have found collectible items such as Pokemon balls for catching Pokemon at Pokestops and the Pokemon themselves at well-known locations around Phuket such as Phuket Town, Wat Chalong, Karon Viewpoint, Saphan Hin and Promthep Cape.

Negotiations are reportedly already underway with the tourism and sports ministry about adding important tourist destinations in Thailand to the game. 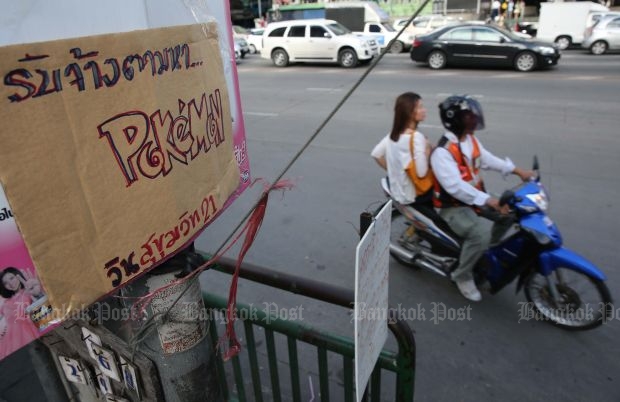 Pokemon personal drivers have already caught on as a new transportation service.

Pokemon Go has motivated a lot of people to get off the couch at home and start walking around, exploring the world around them and getting some much-needed exercise.

Some mobile operators are expecting a big increase in internet use from Pokemon Go, while others predict that the game will have minimal impact on mobile data traffic.

Video accounts for a whopping 60% of operators' data bandwidth usage and it's hard to better than that. 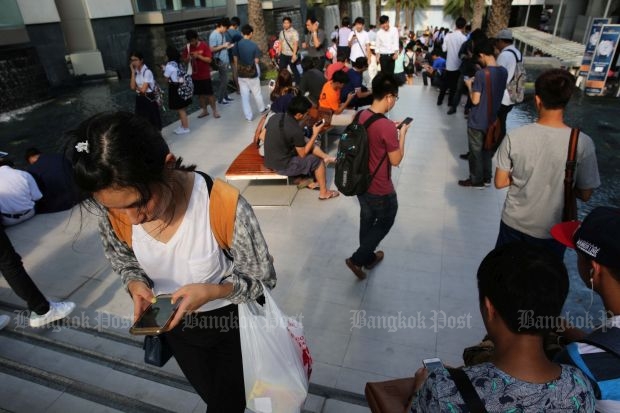 Minimum requirements for a smartphone to run Pokemon Go include a 1.3-GHz quad core with 2 gigabytes of RAM, preferred screen resolution of 720*1280, Android system with version 4.4 and up, built-in GPS or a location-sed gyroscope sensor.

All these requirements can be met with a smartphone priced over 4,000 baht. 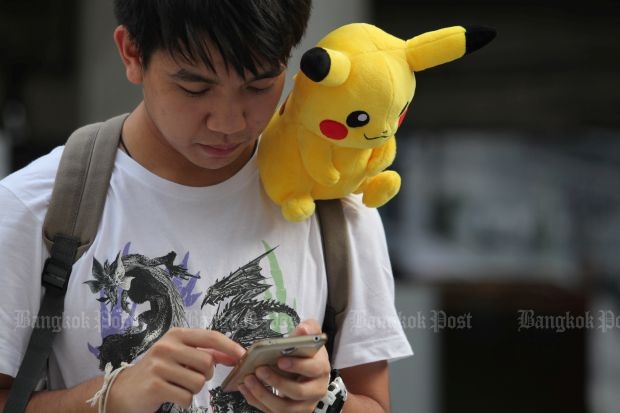 Uber and motorcycle taxis are even benefiting by offering a personal driver service for players hunting Pokemons around town. 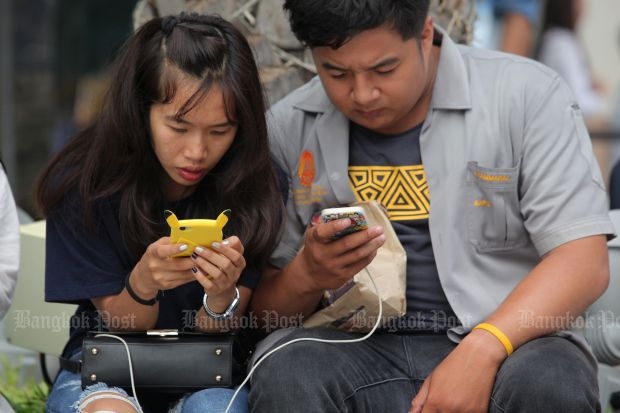 Pokemon hunting is a good excuse to ask someone out on a date.

Pokemon Go is also a good excuse for shy geeky guys and gals to ask people out on dates.

In the long-run, this could lead to a boom in marriages, more babies and a much-needed population and economic boost for Thailand. 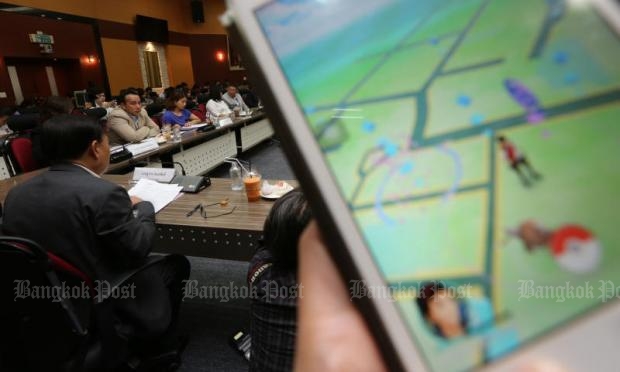 A smartphone user plays 'Pokemon Go' during yesterday's meeting between the NBTC and five telecom operators to discuss the game's future. KITJA APICHONROJAREK

By now, almost everyone knows what a Pokemon is and how to throw a ball at them to catch them.

For every Pokemon lover, however, there is a Pokemon hater, it seems.

Playing Pokemon Go at work is quickly becoming an issue.

For example, on Tuesday, the Department of Land Transport (DLT) ordered drivers of public transport vehicles to not play Pokemon Go during work.

They could also be fined 1,000 baht if passengers file a complaint against them. 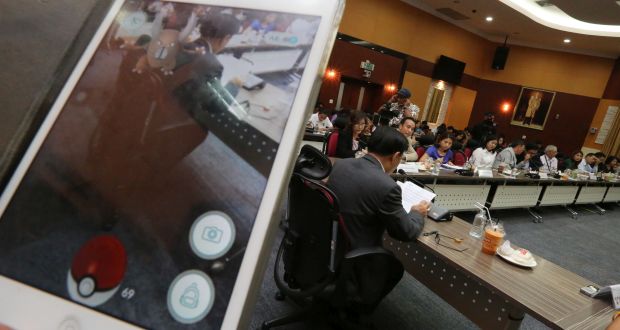 Pokemon hunting can be a distracting activity at work.

A flood of complaints has prompted the National Broadcasting and Telecommunications Commission (NBTC) to create restricted areas (no-go zones for Pokemon Go) including temples, private property, state property, and public thoroughfares such as roads, railways and waterways.

Several state areas have announced plans to ban Pokemon Go in their areas, including Government House, the Defence Ministry, schools and forest reserves. 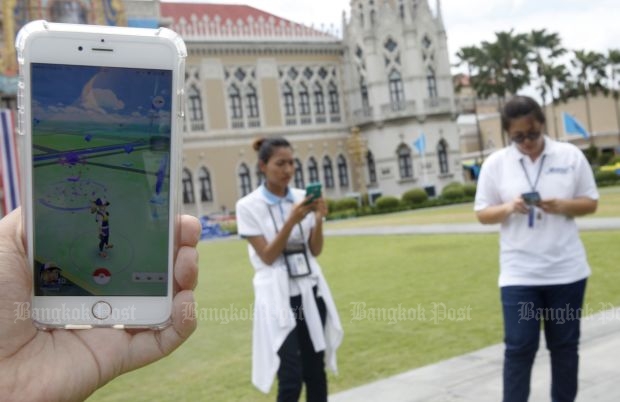 POKEMON PLAYER RIGHTS: PM PRAYUT STICKS UP FOR THEM

Prime Minister Prayut Chan-o-cha said that despite his concerns over safety, it was an individual's right to play the game.

"What makes me worry is the safety of the players. They could face possible dangers such as robbery or rape if they play Pokemon Go in deserted or inappropriate areas," Gen Prayut added.

Game playing must not be allowed in government areas and players' safety must be prioritised, he added.