As of 9am this morning, there was very little hard information on who was behind the bombings and why. There is a lot of speculation, however, and these short excerpts from two Bangkok Post stories will give an idea of what police and tourist industry officials are saying. I'll have more when the situation becomes clearer.

Authorities are giving weight to the theory that anti-regime elements were behind the deadly coordinated bombings and arson attacks that rocked the South and the resort city of Hua Hin from Thursday to Friday.

This could be the work of opponents of the regime or those who wanted to discredit the National Council for Peace and Order (NCPO), which seems to have gained more popularity based on last Sunday's referendum on the military-backed draft charter, in which most people voted in favour of the constitution, according to the source. 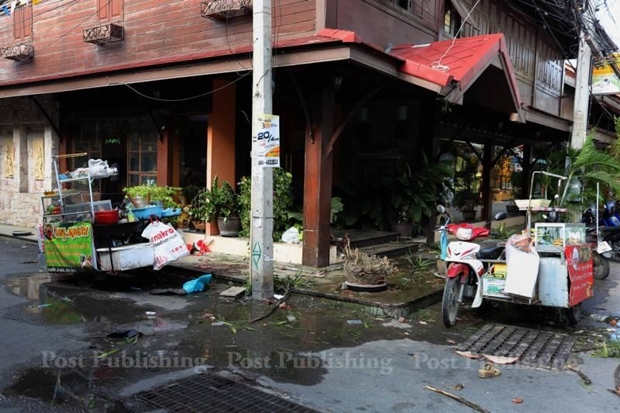 One of the deadly bombing scenes in Hua Hin.

Officials placed terrorism as the second possible cause, the source said, noting there are reports of Islamic State (IS) activities in Malaysia, so this cannot be ruled out.

A source at the Information and Communication Technology (ICT) Ministry said the SIM cards in the mobile phones used to detonate the bombs were from Malaysia.

National police chief Chakthip Chaijinda said the attacks took place in the provinces where the majority voted in favour of the draft charter and it was likely that those attacks were aimed at damaging the government's handling of politics, tourism and the economy.

Based on the investigation, the incidents were linked to people who have different political views and may be connected to the violence in the deep South due to the similar use of improvised explosive devices, Pol Gen Chakthip said.

You can read the full much longer story here: http://www.bangkokpost.com/news/general/1060160/tourist-hub-horror

"We have not yet seen any kind of impact but even if there is any, there is most likely to be a recovery as in the past," Kobkarn Wattanavrangkul, Minister of Tourism and Sports, told the Bangkok Post in a telephone interview.

Ms Kobkarn said that as this was not a terrorist attack, there was unlikely to be any long-term effect on the industry. Her ministry was maintaining its target of 2.4 trillion baht of revenue from tourism for this year compared with 2.24 trillion last year. In 2015, the total number of tourists stood at 29.8 million.

However, the private sector was not as positive as Ms Kobkarn with hotels now already experiencing some cancellations in their bookings ranging from the single to double digits. 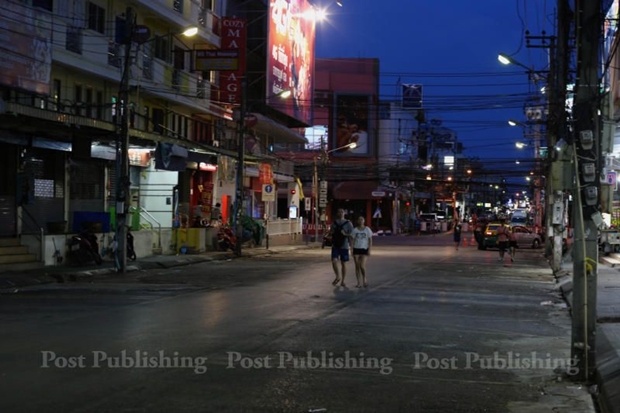 The normally bustling town of Hua Hin was quiet last night. The was the scene on Soi 72 on Dechanuchit Road.

Ittirit Kinglake, president of the Tourism Council of Thailand, said that if the attacks continue and the masterminds are international terrorists, the impact on tourism will be vast because terrorist strikes are a major concern for foreign tourists.

Thirayuth Chirathivat, chief executive of Central Plaza Hotel Plc, said the series of bombings and fires in many southern provinces would have an impact on the Thai hotel industry. "Hotel cancellations will take place for sure, but it's too early to evaluate business losses and how many rooms will be cancelled," he said.