There are medals for Thai athletes in taekwondo with Tawin Hanprab winning silver and Panipak Wongpattanakit taking bronze. Meanwhile, Ariya Jutanugarn posted a 6-under-par round of 65 to lead all women golfers on day 1 of the women's golf competition.

Thais do well in taekwondo, golf A late comeback by Thailand's Tawin Hanprab at the Rio Olympics fell just short as China's Shuai Zhao took the gold medal 6-4. Trailing 5-1 going into the final round, Tawin scored a quick 3 points, but that was the closest he could get. So it's silver for Thailand.

Panipak Wongpattanakit came very close to making the gold-medal round in the women's 49kg division, falling to champion Kim So-hui in the semi-finals 6-5.

She then went on to win a bronze medal, decisively beating Itzel Adilene Manjarrez Bastidas of Mexico 15-3. Thailand's Tawin Hanprab celebrates after winning against Dominican Republic's Luisito Pie in their men's taekwondo semi-final bout in the -58kg category as part of the Rio 2016 Olympic Games, on August 17, 2016, at the Carioca Arena 3, in Rio de Janeiro. / AFP PHOTO / Kirill KUDRYAVTSEV 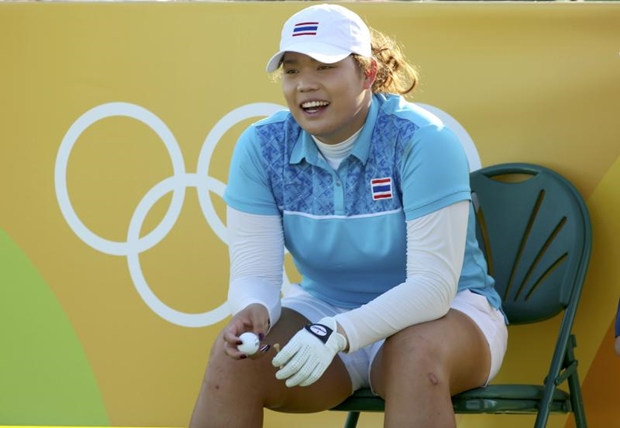 Ariya Jutanugarn (THA) of Thailand waits on the 17th tee as play is backed up in groups ahead during first round women's Olympic golf competition. REUTERS/Kevin Lamarque

World number two Ariya Jutanugarn of Thailand became the first player to top a women's Olympic golf leaderboard in 116 years as the event made a historic Games return on Wednesday.

Ariya shot a first-round 6-under-par 65 in the Rio Games, showing flashes of the form that won her last month's British Open.

But the strong South Koreans, who qualified four golfers for the Rio Games – more than any other country – remain poised for an expected gold-medal run.

The tournament got under way three days after Britain's Justin Rose won the first men's gold medal in 112 years in a down-to-the-wire fight with Henrik Stenson of Sweden.

More than 20 top stars of the men's game, including the world's four highest-ranked players, opted out, raising questions over golf's Olympic staying power -- at least until the thrilling Rose-Stenson duel. 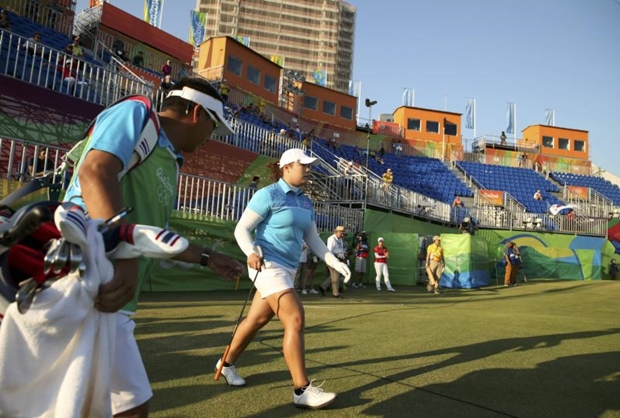 Ariya Jutanugarn (THA) of Thailand walks to the 18th green in front of grandstand during first round women's Olympic golf competition. REUTERS/Kevin Lamarque

But no such quality questions surround the women's event, which features an elite field.

Ariya is seeking to become the first Thai to win a gold medal other than weightlifting or boxing.

"It would mean a lot. The only thing I want to do is make the Thai people proud and happy with me," she said. Things don't look good for Amanda Carr who finished seventh out of eighth in her semi-final heat. The finalists haven't been announced yet, but her chances of making the last round seem slim.