The first week of the Purple Line has been such a total failure that Prime Minister Prayut Chan-o-cha has ordered the rail line to find more commuters. (Photo by Wichan Charoenkiatpakul)

Purple line connects outer Bangkok with central Bangkok but only 20,000 users per day, not 60,000 as targeted.

The recently launched Purple Line that connects Nonthaburi to the heart of Bangkok has failed to meet its target of attracting 60,000 to 70,000 commuters per day.

Only about 20,000 people are using the route each day.

People who reach the end of the Purple Line in Bang Sue need to take a shuttle bus, walk or make their way to the Blue Line station in some other way in order to travel on into central Bangkok.

The missing link between the Purple Line and the Blue Line is one kilometer in length, so it is a little difficult to walk.

This inconvenience is the reason for the lack of interest in the new rail line, according to government officials. 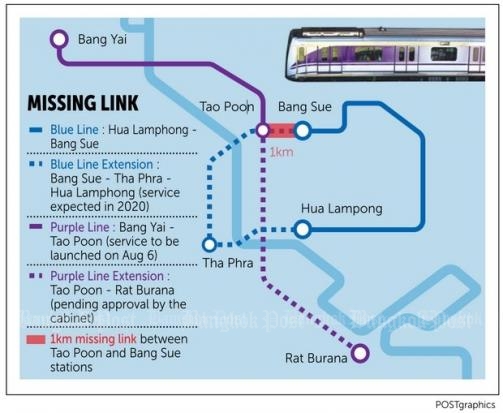 The 23 kilometer purple line route was officially launched on Aug 6.

Many commuters have complained that the route takes too long.

Some said the cost is too high and are staying away. 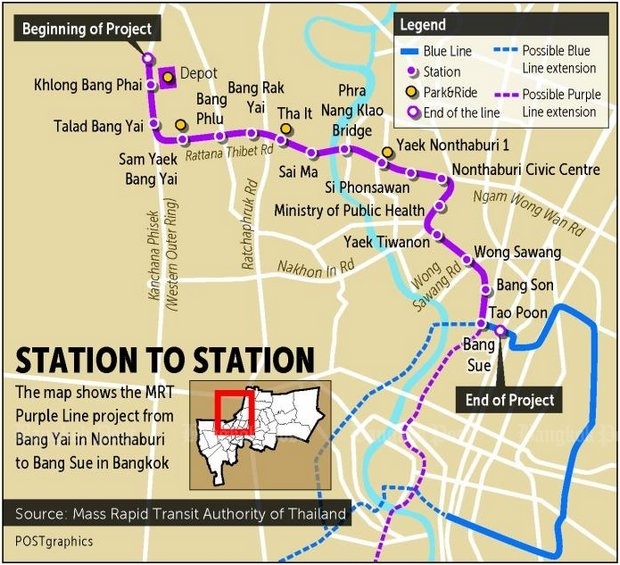 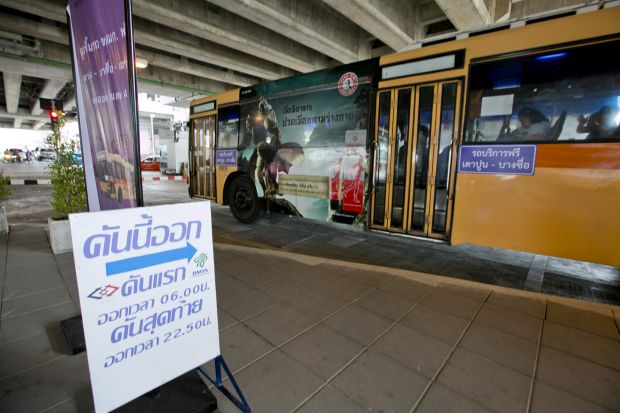 CONNECTING THE PURPLE LINE TO THE BLUE LINE

Setting up the connection between two routes will take time.

MRTA governor Peerayuth Singpattanakul said yesterday said he had ordered officials to speed up the solution to technical problems and hasten work on the missing link between the two lines.

Once the connection is completed, the number of commuters is expected to increase to 100,000 per day, he added.

Gen Prayut, who heads the National Council for Peace and Order (NCPO), issued an order to use Section 44 under the interim charter to accelerate the work processes for the connection between the two routes.

Their report is expected to be finished in two months. 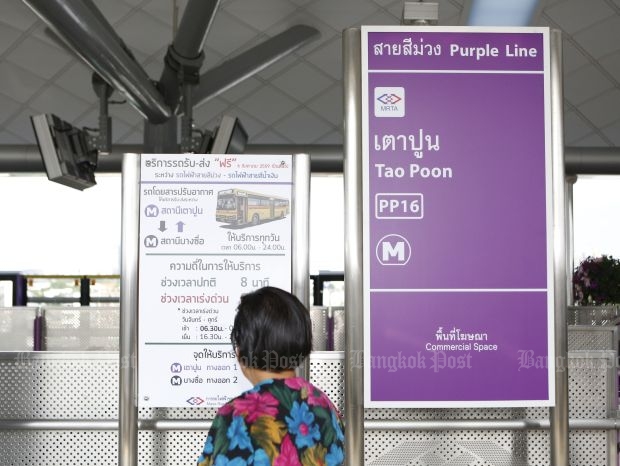 Directions on how to get to the blue line from the purple line.

They will discuss the use of shared tickets which would bring the price of tickets down. It is not yet known by how much. 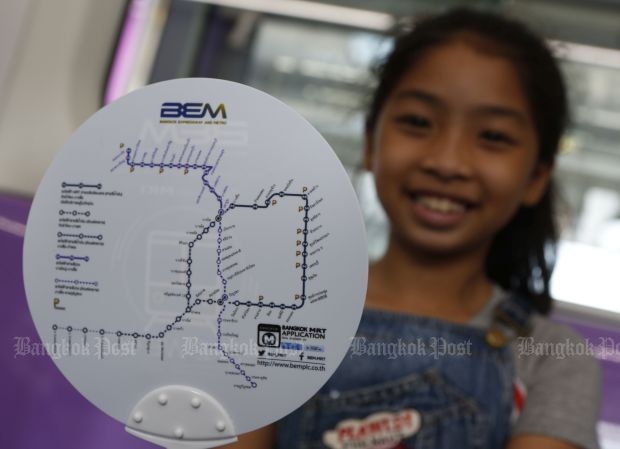 The impressive map of the whole mass transit that connects all of Bangkok. 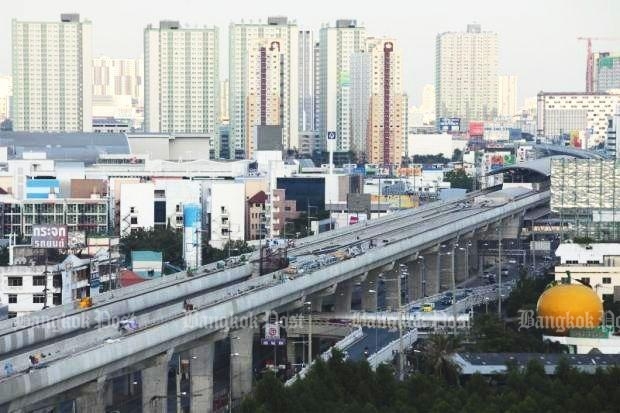 The Purple Line runs from Bang Sue to Bang Yai for 23 kilometres and 16 stations. Patipat Janthong