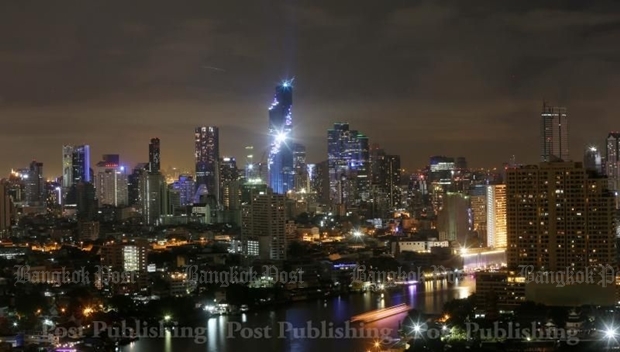 Lights were beamed onto the 314-metre-tall structure and skywards from the building as its developer Pace Development Corp was celebrating the 18-billion-baht project on Naradhiwas Rajanagarindra Road in Silom area.

At 77-floors the MahaNakhon skyscraper is now Bangkok's tallest building.

To celebrate, an impressive lightshow will shower the building in light Monday night at 7:30pm and 8:25pm.

An eye-catching test run Sunday could be seen from as far away as Phra Ram IV Road by those happening to be walking outside around 9 to 10 at night.

Prizes will be awarded for the best photos posted to social media.

WHAT IS INSIDE THE SKYSCRAPER?

The gigantic skyscraper has a hotel, retail space, bars, restaurants and an observation deck.

Exclusive condominiums under the management of Ritz-Carlton Residences start at 40 million baht. There are 200 units in the building. 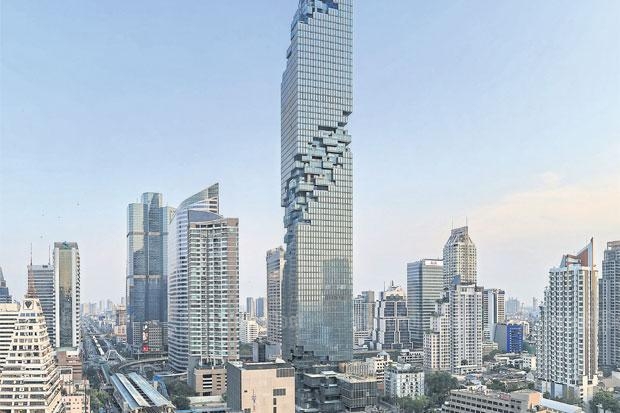 PART OF SKYSCRAPER TO BE SOLD FOR 10 BILLION BAHT

SET-listed Pace Development Corporation built the project and plans to sell the hotel, retail space and observation deck for more than 13 billion baht to a real estate investment trust (REIT) in the next few years.


DEVELOPER DIVERSIFYING INTO OTHER BUSINESSES

"Our revenue base in the near future will mainly come from non-residential business at 70%," said chief financial officer (CFO) of Pace Natha Kittiaksorn.

"We may consider setting up a conglomerate or moving to other sectors like food and drinks in which the price-to-earnings ratio (P/E ratio) is much higher than in the property sector."

By the year 2020, Pace expects to have 30 billion baht in overall revenue, including 15 billion from Dean & DeLuca, 10 billion from property development and 5 billion from the Bangkok Edition Hotel, Cube mall and observation deck at MahaNakhon. 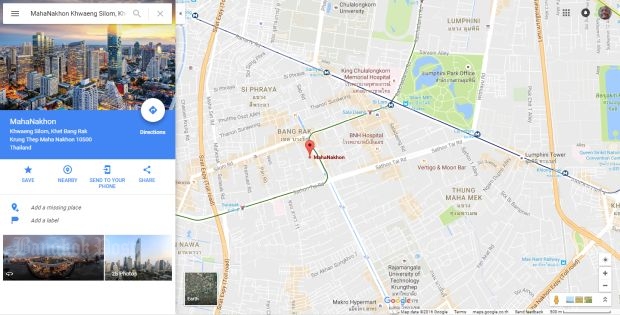 
In the first half of the year, Pace recorded consolidated revenue of 3.2 billion baht, more than double the year-ago figure of 1.56 billion baht.

The company posted a net loss of 573 million baht, narrowing a year-earlier loss of 904 million.

Of total revenue in the first six months, 1 billion baht was from property development (including unit transfers at MahaNakhon), and the rest was from Dean & DeLuca.

Income from retail space, the hotel and the observation deck will start in 2017.

In the fourth quarter of this year, Pace will launch a luxury condo project worth 2.8 billion baht on Narathiwat Ratchanakharin Road.

The high-rise building will house just 36 units, all of them duplex units sized from 400 square metres.

A duplex or duplex apartment refers to a single apartment spread over two floors connected by a staircase.

Pace acquired the US gourmet food brand Dean & DeLuca including 11 outlets in the US as well as its global business for US$140 million in 2014.

The company now has 52 branches of Dean & DeLuca, comprising 12 in the US, five in Thailand and 35 elsewhere, under a licensing contract that generated 2.2 billion baht in the first-half revenue, accounting for 70% of the company's total revenue.

Plans call for adding 50 branches in the US next year at a cost of US$30 million, with financing from Siam Commercial Bank.

Pace wants 300 Dean & DeLuca branches operating worldwide in 2019. By 2020, the brand is forecast to generate 15 billion baht in revenue for the company. 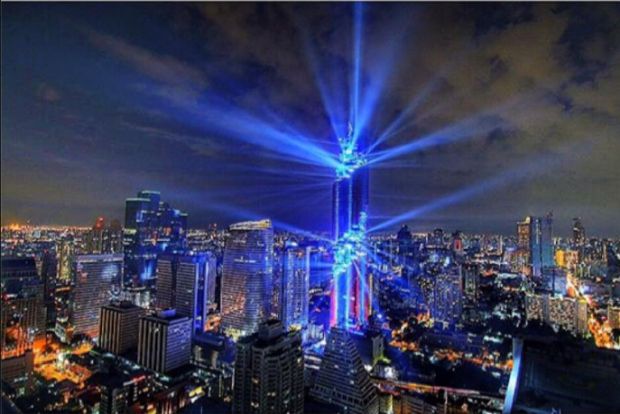