City Hall dismantled 12 houses at Mahakan Fort Community on Saturday, but put on hold the remaining 45 amidst protests by residents.

City Hall dismantled 12 houses at Mahakan Fort Community on Saturday amidst protests by residents who blocked the entrance to the old community in Bangkok.

The Bangkok Metropolitan Administration (BMA) earlier gave the deadline for 57 households to vacate the fort within Sept 3, but many refused to pay heed to the eviction notice that was put up in their community, which will be turned into a public park. 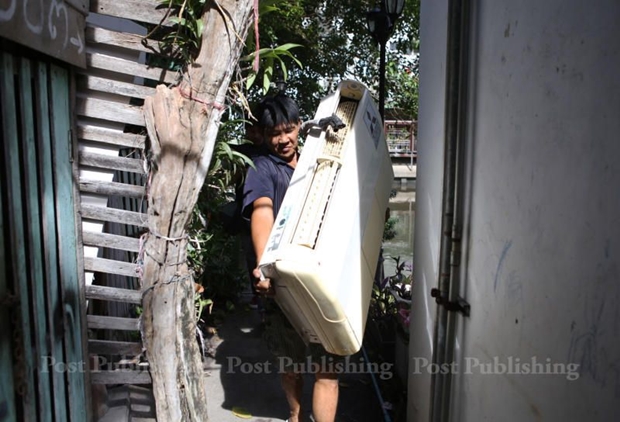 Not everyone in the community is resisting. Some residents moved out before today's deadline.

Residents with green ribbons assembled at the historic fort at around 6am on Saturday. They were joined by supporters who were members of civic groups from other areas in Bangkok and surrounding provinces. Iron barriers were put up in front of all entrance gates to the community, with placards in protest of the city administration’s eviction order placed there. Reporters were not allowed to go inside the community.

The protesters stood firm that they would not move out of the community, which they said had a historic value that they wanted to preserve.

Most residents staged a sit-in protest at the venue and some laid down their bodies on the road to block officials from entering their old community.

At around 9am, almost 300 BMA officials, led by deputy Bangkok governor Pol Gen Assawin Kwanmuang, moved to the site to begin dismantling houses. Anti-riot police and soldiers were also sent there to maintain peace and order.

The eviction team could only remove galvanised iron fences at Khlong Padung canal side before leaving the venue at around 9.45am as the residents refused to let them go inside. Traffic on Mahachai Road in front of the fort was closed.

Pol Gen Assawin held negotiations with community leader Thawatchai Mahavorakul and representatives of the protesting residents at around 10am. 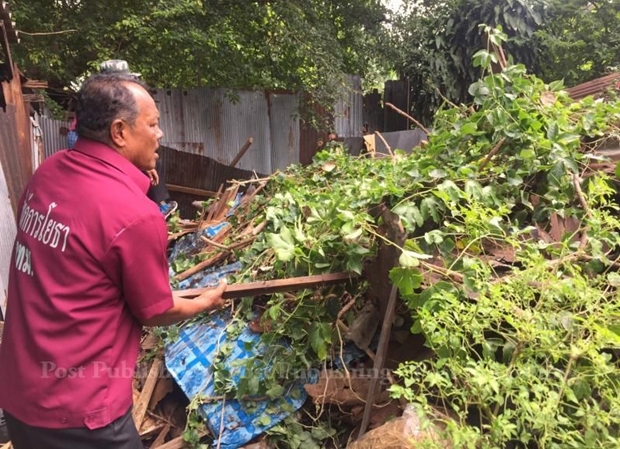 A BMA official at work dismantling one section of the Manakan Fort community.

After the talks, the representatives agreed to allow City Hall to dismantle 12 houses. The dismantling plan of other houses was put on hold, pending talks with a tripartite panel, headed by human rights activist Angkhana Neelapaijit.