A man tests out an iPhone 7 Plus during a media event at Bill Graham Civic Auditorium in San Francisco, California on September 7, 2016. / AFP PHOTO / Josh Edelson

Apple on Wednesday set out to make a splash with new waterproof iPhones, a smartphone game starring Nintendo's beloved "Mario" and a push on wireless headphones. (Video included.)

San Francisco, Sept 7, 2016, AFP – Apple on Wednesday set out to make a splash with new waterproof iPhones, a smartphone game starring Nintendo's beloved "Mario" and a push on wireless headphones.

The iPhone 7 and larger iPhone 7 Plus, with new camera technology, improved water resistance and other features, were shown off to applause at an Apple media event in San Francisco. 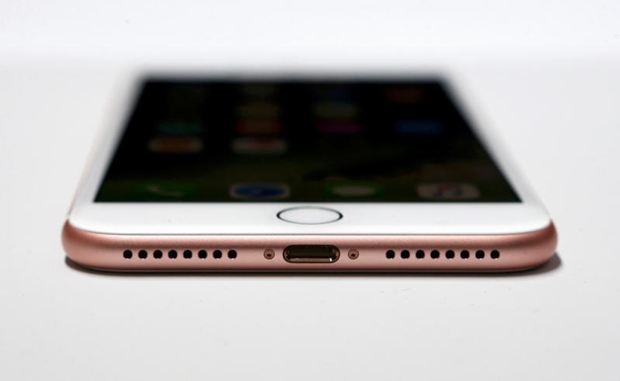 The Lightning connection on the Apple iPhone 7 is shown on display during the Apple media event. REUTERS/Beck Diefenbach

The flagship devices will be sold at roughly the same price as the models they replace, starting at $649 for the iPhone 7 for US customers, with deliveries in 25 countries beginning September 16.

Revered Nintendo game designer Shigeru Miyamoto was a surprise guest at the Apple event, unveiling a new "Super Mario Run" game heading for the iPhone by the year-end holidays.

"We want as many people of all ages to be able to play Super Mario Run," Miyamoto said.

"We plan to release it at a set price, and then you can play to your heart's content." The price was not disclosed. The new Apple Watch Series 2 is "swimproof" and features GPS, making it unnecessary to carry a smartphone for fitness activities. Users will also be able to play Pokemon Go. /AFP PHOTO/Josh Edelson

Apple, Nintendo and game maker Niantic used the event to announce the wildly popular Pokemon Go would be available for Apple Watch users later this month.

One new iPhone feature – which may ruffle some feathers – is the removal of the headphone jack, requiring audio to be delivered via Apple's proprietary "lightning" connector or by wireless. 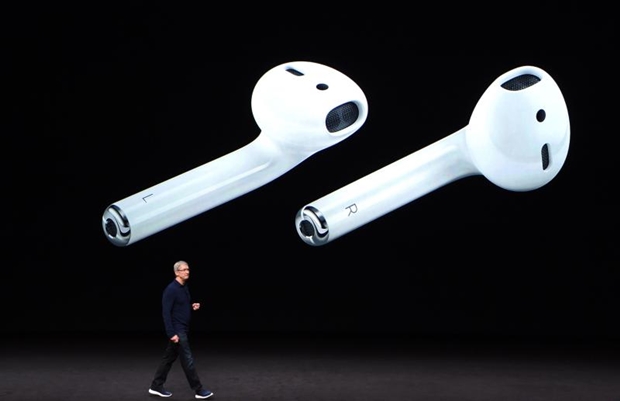 "It comes down to one reason: courage, the courage to move on," Schiller said of the decision to get rid of the traditional headset port.

"Our smartphones are packed with technologies and we all want more, and it is all fighting for space in that same enclosure. Maintaining an old, single-purpose connector just doesn't make sense."

Apple "AirPods" wireless ear pieces and adaptors to plug old-fashioned wired headsets into Lightening ports will come with iPhone 7 models, according to Schiller.

The new-generation iPhones and Apple Watch boast the ability to get wet without getting ruined.

"We are about to launch iOS 10, our biggest iOS release ever. It is jam-packed with new features," Cook said. 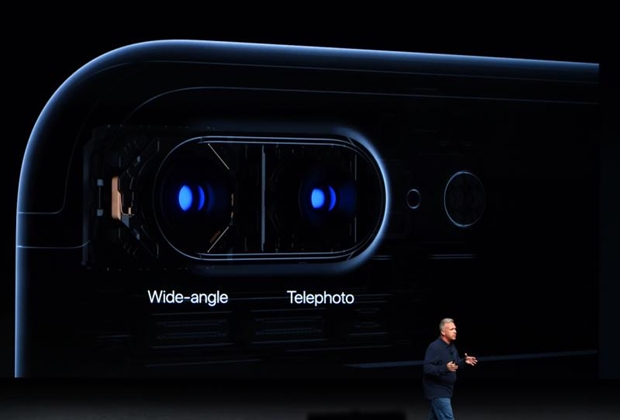 The iPhone 7 Plus, Apple's version of a "phablet," includes dual cameras to improve optical performance and photo quality, the company said.

On the wearables front, its new Apple Watch Series 2 will also feature GPS – allowing people to gather fitness during an outdoor workout without needing to take along a smartphone.

Video If you have read the story above, you should be able to follow the audio on the video quite well. If not, it may be a bit difficult.