Chatuchak residents refused to leave dangerous buildings after building safety inspectors declared them unsafe to live in, finally they did collapse.

Parts of 13 shophouses collapsed suddenly Wednesday evening, damaging several cars and motorcycles, but there were no reports of injuries.

How long are the typical concrete-walled shophouses found all over Thailand actually  inhabitable?

This has to be a question that has passed through minds of many people.

The shophouses that collapsed on Wednesday were constructed in 1982, only 34 years ago.

Buildings with a sturdy construction such as a traditional Thai teakwood house or a western house built of wood do seem to last for a lot longer, hundreds of years in many cases. 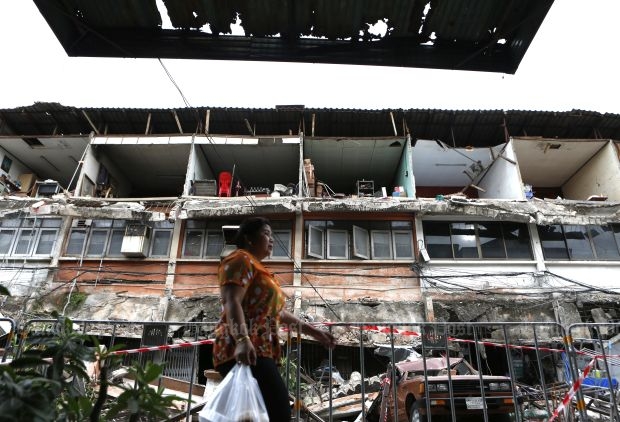 The concrete awnings and outer walls of 13 government-owned shophouses (commercial buildings) at a market in Bangkok’s Chatuchak district collapsed on Wednesday evening.

The incident occurred at about 6pm along a row of 13 old three-storey shophouses located behind the Pracha Niwet 1 market.

The concrete awnings from the structures' second and third floors fell on the vehicles parked in front of the buildings. 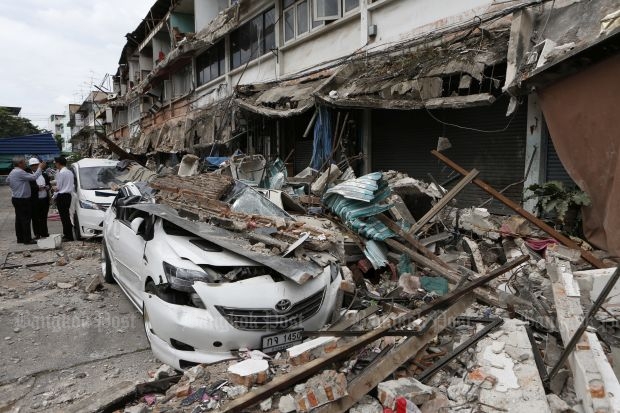 
Piles of concrete and other debris badly damaged some of the vehicles and also trapped people who were in some of the buildings at that time.

They were eventually rescued and authorities sealed off the whole block.

The incident also caused a power outage in the area.

The structural foundations of the buildings are being inspected by officials from the Bangkok Metropolitan Administration's (BMA's) department of public works. 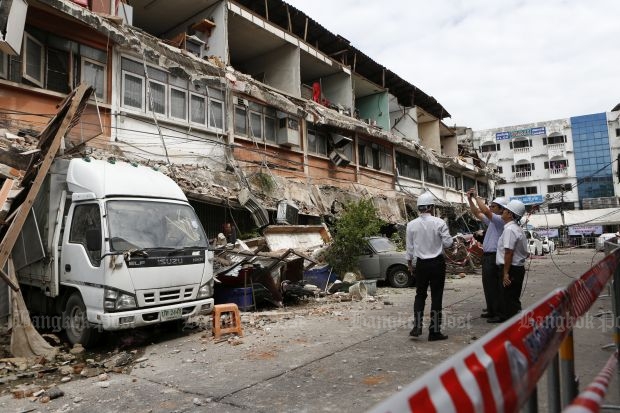 The collapse was a chain-reaction with the awnings & outer walls collapsing on 13 buildings, one after another.

A prior inspection by Mahidol University found 19 groups of buildings housing 177 rooms in the area had structural problems.

The shophouses were reportedly condemned two years ago citing flood damage from 2011.

City Hall had told residents in February last year that an inspection found they were not safe.

The residents had been asked to move out several times.

Officials had sent warning notices and held meetings with residents three times urging them to vacate the buildings.

The residents refused to move out because they had lived there for a long time and had an attachment to the place.

Officials took no further action to evict the residents from the condemned buildings.

Eventually, the condemned buildings did collapse. Luckily, there was only property damage. 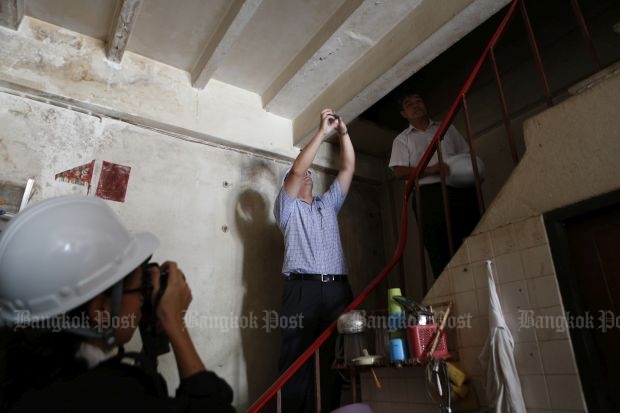 Building inspectors inspect the interiors of the collapsed shophouses. 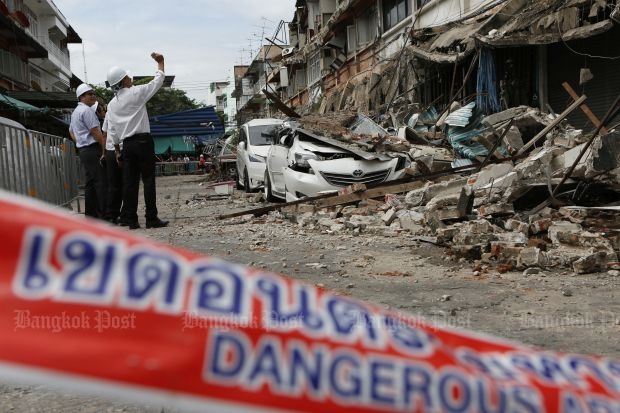 Banner with "dangerous area" written on it, used to seal off the area.