Clinton and Trump debate – and trade insults too

While Hillary Clinton sought to present her opponent as unfit for the office of president, Donald Trump portrayed her as lacking the stamina and temperament to be commander-in-chief.

Hempstead, United States, Sept 27, 2016, AFP – Hillary Clinton and Donald Trump strode out cloaked in icy politeness. Yet within minutes their debate degenerated into bickering, insults and diatribes – a gladiatorial contest of modern times.

It was a 90-minute battle of endurance between two of the most famous people in America: Clinton, cool, calm and collected, almost serene as she smiled through the insults – and landed jabs of her own – while Trump gripped his podium, insisting he alone had the temperament to be commander-in-chief. 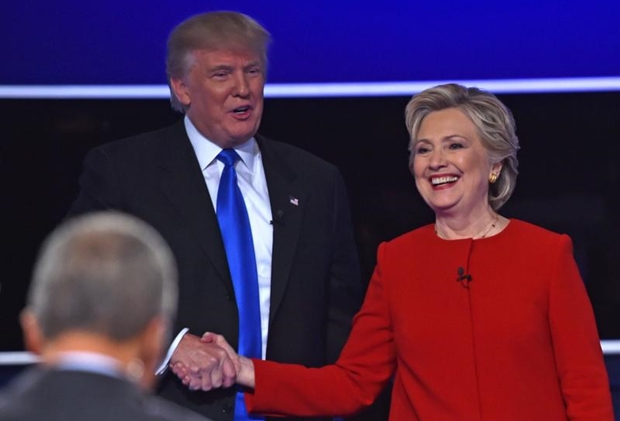 The Democrat Clinton projected steady experience. She proved her worth as the mistress of policy minutiae, pitching herself as the voice of reason, the former secretary of state who understands the world.

Trump the Republican played the populist bruiser, wielding the cutting insult and pitching to frustrated voters in the swing-state rust-belt, such as Ohio and Pennsylvania, fed up with politicians and wanting change.

Both elicited laughter and cheers: Clinton for lofty comebacks. Trump for his quick digs but also for his outlandish claims.

Yet if they were evenly matched at first, Trump appeared to get more irritated and riled, at one point rolling his eyes, trashing her stamina and emitting an frustrated "ugh."

Clinton sought to present her opponent as unfit for office, a man who insulted Muslims and promised disastrous economic policies. 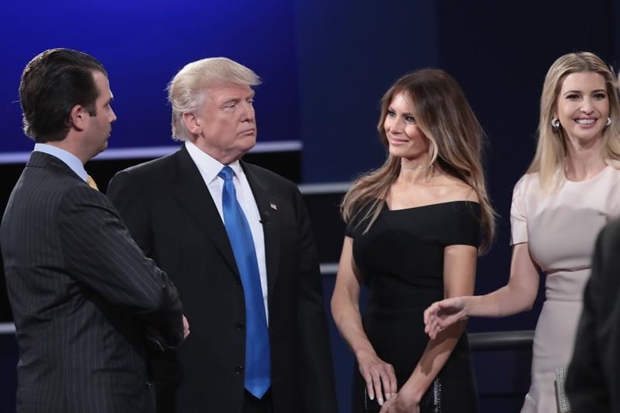 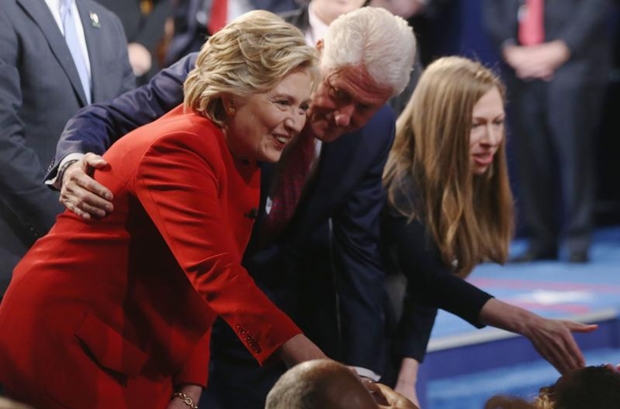 
"I think my strongest asset, maybe by far, is my temperament," said Trump to laughter.

"She doesn't have the stamina," blasted Trump as Clinton leaned nonchalantly on her podium.

"Well as soon as he travels to 112 countries and negotiates a peace deal... or even spends 11 hours testifying in front of a Congressional committee he can talk to me about stamina," she responded to cheers.

And it ended with a question over whether each would accept the outcome of the election. "If she wins, I will absolutely support her," said Trump – the final words of the debate.