Stunned miners unearthed the most valuable piece of jade seen in recent history in the remote northern Kachin State of Myanmar.

Miners in the country of Myanmar have discovered a giant jade stone.

In the remote northern Kachin State of Myanmar, stunned miners unearthed the most valuable piece of jade ever seen in recent history. 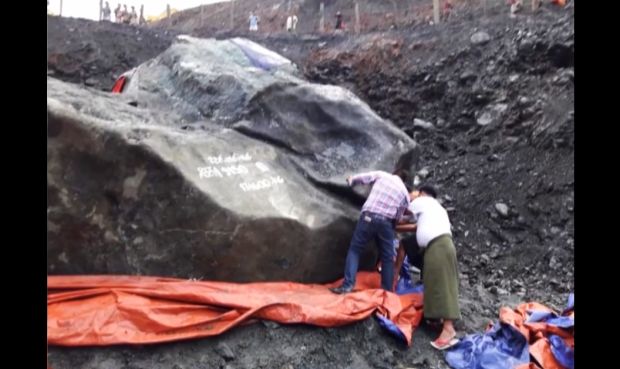 Myanmar is known as the source of nearly all of the world's high quality jadeite and Kachin state in the north has been known as a source of jade for hundreds of years.

Jadeite, a near translucent green stone, is one of the minerals recognized as the gemstone jade. The other mineral recognised as jade is nephrite.

Intense green and translucent jadeite is considered the most valuable type of jade, but Chinese place the highest value on white jade (see here). 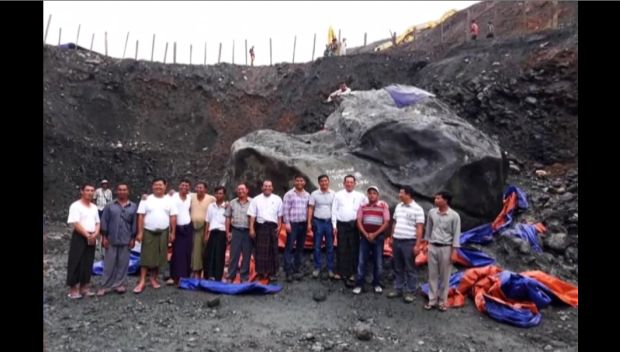 Myanmar is the world's largest producer of jadeite.

The $50 billion a year jade industry is said to account for half of the country's GDP.

A much smaller 18 tonne nephrite jade boulder found in Canada in 2013 had a value of £1.6million. 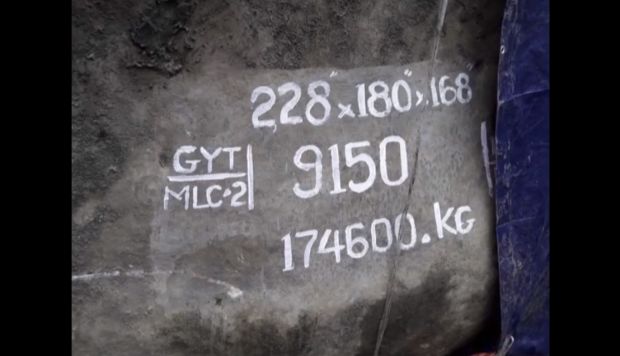 The jade boulder found this week ranks second in size to the carved statue at the Jade Buddha Palace temple in China which weighs 260 tonnes.

The Jade Buddha Palace was opened in 1996 and houses one of the largest jade Buddha statues in the world. It is Located in Anshan City in Liaoning province, China and has officially been declared a state treasure. 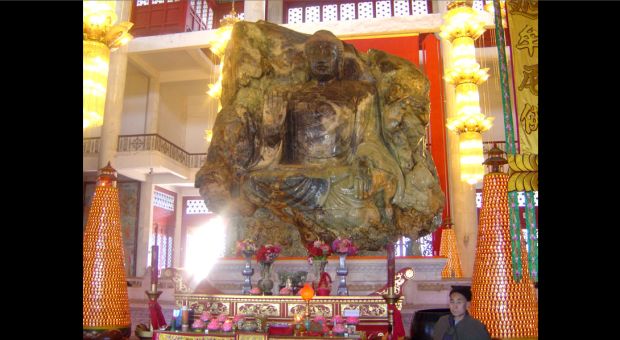 The front of the statue has an image of the Buddha and the back an image of Guanyin. The carving took 18 months to complete with a team of 120 sculptors. The jade stone itself was found on 22 July 1960 in Xiuyan County of Anshan, China (see here). 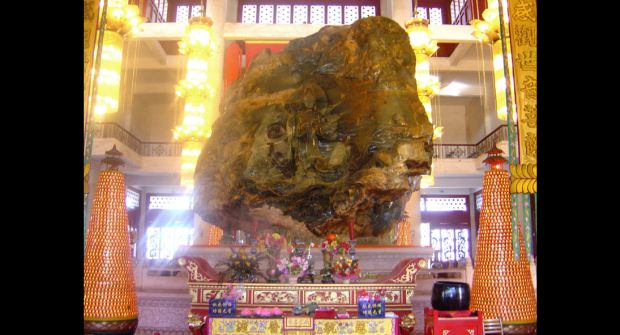 Jade has long been an important mineral in China and China is a leading market for jade. China has also long been the leading producer in terms of stone cutting and distribution of jade and its products.

The boulder will likely be sent to China after a winning bid is placed and there it will likely be carved up into expensive jewellery and sculptures.

Cutting the huge boulder into many smaller pieces will fetch a higher price, according to some experts.

From the huge jade boulder many beautiful necklaces, bracelets and small statues for homes in China will be made.