Pathorn started to play with His Majesty when he was only 13 & helped him prepare the final versions of his 48 compositions, a legacy celebrated at EmQuartier Nov 29 to Dec 11.

MUSIC & HIS MAJESTY THE KING

The King's Musical Legacy: A musical partner shares his memories

If there's one accomplishment in His Majesty's life that people are most familiar with, it's his virtuosity in music.

Few people knew the King and his music better than Pathorn Srikaranonda, age 43.

Mr. Pathorn was the King's musical partner from age 13, after his father, national artist and maestro Manrat Srikaranonda, got him to play an instrument in front of the late monarch.

Since then, Pathorn played music for and with the King as a member of A.S. Friday -- the King's private band.

King Bhumibol also sponsored Pathorn through his tertiary education abroad in musical composition with his own personal funds.

Pathorn looks back at his precious memories of those times. 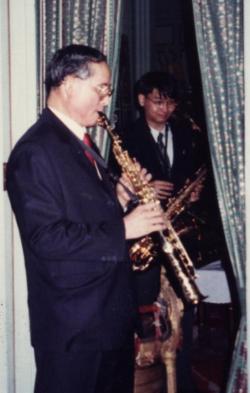 Later he recruited younger musicians into the band and they began broadcasting their live sessions from the Amphorn Sathan Residential Hall within Dusit Palace on Fridays.

"The King realised and acknowledged the power of music, and at the time he used it to communicate with the people," Pathorn said.

"Anyone could call in to request music. If the band couldn't play that song, then he would play the record instead."

"He even answered the phone himself. People didn't know they were speaking to the King as His Majesty didn't like to reveal his presence."

After the political unrest in 1973, the broadcast stopped as the King grew busy with work and rural outings and the band only gathered for occasional private jam sessions.

"For the past 40 years, many thought the King had given up his instruments, but he still played all the time, though mainly to relax from his work," said Pathorn.

"When His Majesty played, he was most himself. We have seen him as a king, a developer, but never really as a human being. We can feel that through his music." 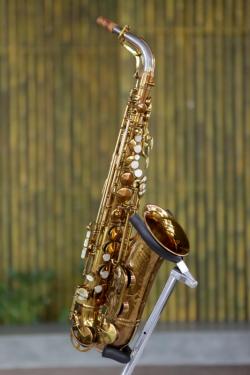 Some of the instruments to be exhibited at The Royal Music Legacy. Photos: Jetjaras na Ranong

"I once asked the King why he wasn't into contemporary music like, say, Michael Jackson. But it was quite understandable. He was a teenager in the pre-World War II era, and that reflected in his thinking. It was his generation."

Later, the A.S. Friday royal band played for the King while he lived on the 16th floor of Siriraj Hospital in recent years.

"There wasn't even space for us to play. People would think the King resided in a big fancy room, but it was just an ordinary patient room. We sang songs for him, and I played on a small keyboard. We gave His Majesty hope and courage -- just a little thing we can do after what he's been doing for Thai people for the past 70 years," Pathorn said.

His Majesty's favourite instrument was an alto saxophone.

He could also play the clarinet, trumpet, piano, guitar and drums. 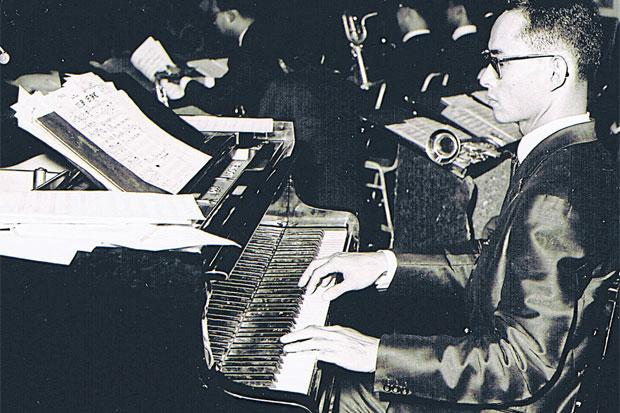 The King was really into old-school jazz, like New Orleans jazz or swing. He liked melodies that didn't move too fast.

New Orleans jazz, according to Pathorn, is set apart from other kinds of jazz with its collective improvisation.

"It's like solo improvisation, but with a lot of people at the same time. You need good listening skills, and you need to interact with one another as everything happens in real time. You can't really plan it. That was one of His Majesty's skills, and one that he passed on to me."

"He taught that, as in a band, everyone must perform their duty well in society. We're all gears and wheels in a machine and, regardless of size, we matter equally -- whether you're a king, taxi driver, barber, soldier or businessman. Everyone has a duty, and if everyone performs their duty well, the country will move forward. That is what the King taught via music, via New Orleans jazz."

In 1946, as a prince, the King composed Sang Thien (Candlelight Blues) -- a post-war reflection, as well as his experiment with blues music.

"His Majesty didn't release the song right away. The timing wasn't right. People were still stressed over the war"

"Instead, he put out easy listening numbers like Yam Yen (Love At Sundown) and Sai Fon (Falling Rain) to soothe the people."

Following the uprising of 1973, the King's composition took a patriotic turn with the release of Kwarm Fun Un Soong Sood (The Impossible Dream):

And Rao Su (or literally, We Fight):

"Music, at the time, was the King's stratagem in ruling."

"He used it to instil the love of our nation into people's hearts. He also gave encouragement and motivation through his music, like Yim Su [Smiles], a song he composed for the blind." 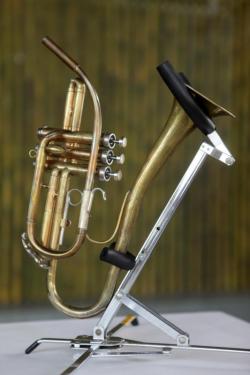 Trumpet in the style of jazz artist Dizzy Gillespie.

"Before, the King would write notes by hand on paper. Later, he began to use a computer. But as there was no software back then, he drew the notes and lines -- one by one -- on the computer," recalled Pathorn who has preserved these priceless artefacts.

It was in 2004 that the King and Pathorn began to revise and correct (edit) the musical notation of the royal compositions.

Pathorn would create sheet music on a computer, and the King would later look through and correct any mistakes by hand.

There are 48 royal compositions that have been released to date, and sifting through them took five years as the two could only work together on Saturdays.

HIS MAJESTY CONSTANTLY REVISED HIS SONGS

"Through the years, His Majesty would constantly revise his songs. Some he made more contemporary. Some he altered as he gained more knowledge of music theory," said Pathorn.

"We could say His Majesty was a perfectionist."

All but one song -- Candlelight Blues -- were personally revised by the King.

His Majesty didn't get a chance to completely revise his first royal composition as his health began to deteriorate.

Pathorn later revised the composition, compiled the entire collection and presented it to the King.

These officially revised music sheets will be available at the event so musicians can learn how to play the royal compositions correctly.

As a tribute to King Rama IX's contribution and legacy in music, Pathorn is partnering with EmQuartier mall to organise "The Royal Music Legacy" event starting next week.

The event will see a wide range of activities including talk shows, exhibitions and workshops on the King's music.

Highlights of the event include the display of never-before-seen musical instruments that the King gifted to A.S. Friday's band members, as well as unpublished scores of his royal compositions.

The Royal Music Legacy will be held from Nov 29 to Dec 11 at the Quartier Gallery on M Floor of EmQuartier shopping complex. 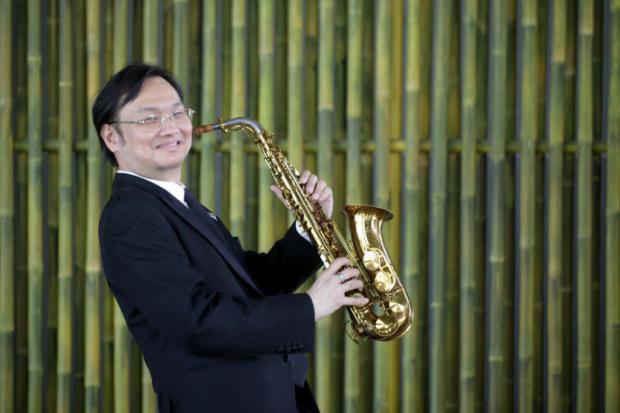