Acer's new Swift line of ultra thin and light notebooks have gained a reputation as the thinnest notebooks in the world.

Acer Computer Thailand, the local operating unit of the Taiwanese computer maker Acer, is pulling the plug on its mid- range smartphones locally after struggling to survive in cut-throat competition for three years.

The new plan is to place more focus on computers, particularly in the high-growth thin -and- light notebook segment.

The Acer Swift 7 and its cheaper cousin the Swift 3 have gained a reputation as the slimmest notebooks in the world. As the magazine Wired observed in its recent review:

"A laptop [notebook] that is 12mm thick at its widest point and under 10mm thick if you ignore the rubber feet... It’s thinner than an Apple MacBook Air (18mm) and thinner than the Microsoft Surface Pro 4 (15mm with keyboard). At 10mm, it flirts with the thickness of many tablets, and is even thinner than some models on the market" (see here). 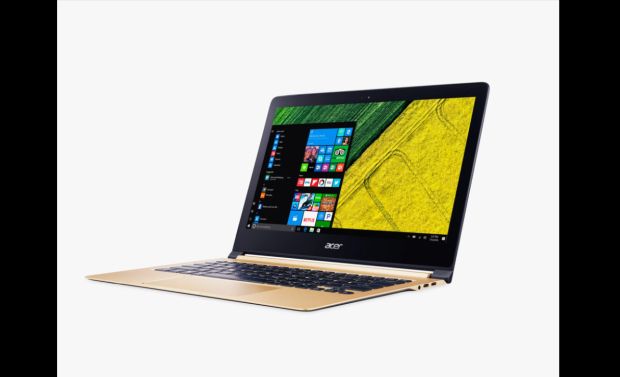 "Starting from now, we will stop selling mid-range smartphones in the Thai market, and only remain in the entry-level smartphones segment, priced below 4,000 baht per unit," said Nitipat Praweenwongwuthi, senior marketing director of Acer Computer Thailand.

Mr Nitipat said the fierce competition will leave only a few dominant players in Thailand's smartphone market, as seen in the computer fray where Acer is a dominant player. 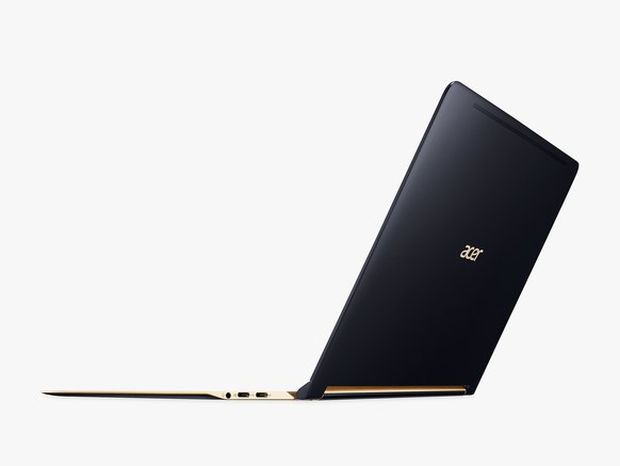 From any angle the Swift 7 is thin, ultra-thin.

A report from global IT research firm Gartner showed three Chinese smartphone vendors -- Huawei, Oppo and BBK Communication Equipment -- had a combined 21% share in the global smartphone market in the third quarter of this year.

Mr Nitipat also cited another report by global IT research firm IDC Thailand that said Acer had 20% of the global market share in personal computers in the third quarter.

Acer's notebook market share reached 29% in the quarter, followed by Asus with 21% and Lenovo 16%.

"We believe we can gain a foothold in the entry-level smartphone market here," Mr Nitipat said. 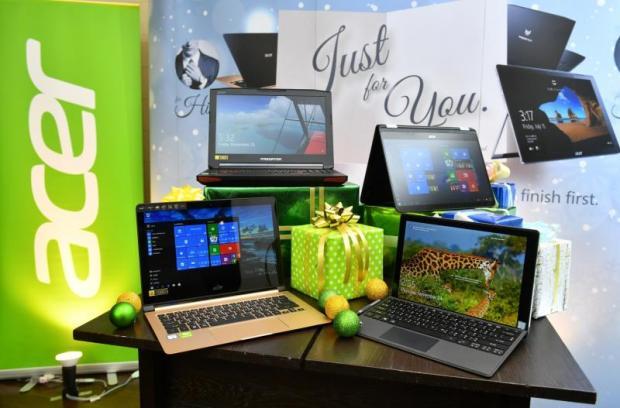 Acer will shift its focus to notebooks after a rough time in Thailand's mid-range smartphone market.

He said Thailand's computer market has reached maturity, with only the thin-and-light notebook and gaming computer segments seeing double-digit growth against flat numbers for conventional computers.

The average selling price of computer in Thailand ranged between 18,000-19,000 baht a unit.

Acer yesterday launched what it dubs the world's thinnest notebook, slimmer than one centimetre, equipped with Intel Core i7 Processors, at 39,000 baht apiece.

It also introduced a gaming notebook, the Predator G9.

Mr Nitipat said Thailand's computer market is expected to be flat this year with 4 million units predicted to be sold.