Backpackers just off a train or plane entering Khao San Road about to look for a guesthouse or hotel room to spend the night.

Illegal Chiang Mai hotels have 30 days to get licence or be shut-down, nationwide five-years is the deadline. 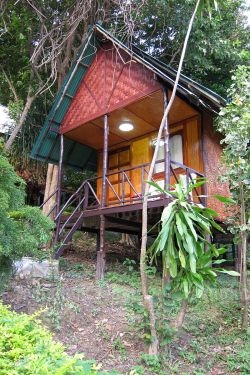 Typical beachside cabin at tourist resort town. They will all have the proper license & safety checks now.

Tourism is an important sector in the Thai economy, particularly for small and medium-sized enterprises (SMEs).

New hotels, guesthouses, apartments, restaurants and bars open up for business at a furious pace when a new tourism destination becomes popular and there is demand to be met.

A tourist usually does not have to search very hard to find a room for the night.

Now, it seems local government authorities forgot a few things in the rush.

Around 60% of the hotel rooms throughout Thailand are reportedly operating illegally.

The government plans to bring all of them into the legal system within five years.

Last month, the Golden Cliff House Hotel with its famous swimming pool in the ocean was shut down both for its illegal pool and because it never bothered to get a business license to operate (see here).

Apparently, the 'mai pen rai' days of the past are finished.

The definition of a hotel is a business renting out rooms on a daily basis.

If such a business does not have a license and meet safety standards, it will be shut down.

MOST HOTELS NEVER BOTHERED TO GET A HOTEL LICENSE 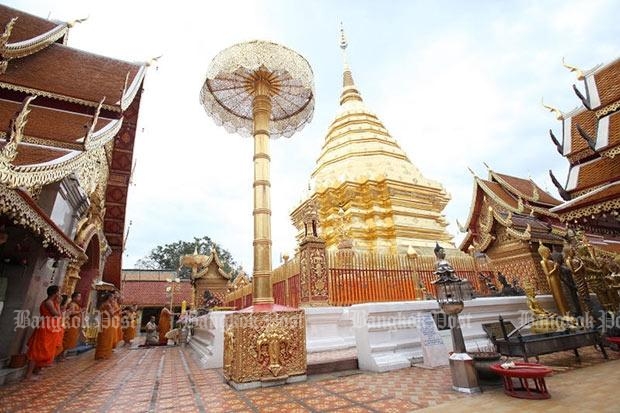 
CHIANG MAI: GET LICENCE IN 30 DAYS OR GET SHUT DOWN

Operators of about 600 buildings being used illegally as hotels in Chiang Mai have been given 30 days to apply for a proper licence or be shut down.

Chiang Mai is a big city and a popular tourist destination with high demand for rooms, particularly during the current cool or dry season which includes the Christmas and New Years holidays, which is also the peak season for tourism.

It is not clear whether this crackdown will create a room shortage or not.

There were many premises licensed for other purposes, such as apartment buildings and condominiums, which were being operated illegally as hotels.

Condominiums and apartments cannot legally rent rooms on a daily basis, as hotels do.

Hotels must meet safety standards to get a hotel license.

Chiang Mai reportedly has 353 legally licensed hotels and about 600 others, mostly dormitories and condominiums, being used illegally as hotels. 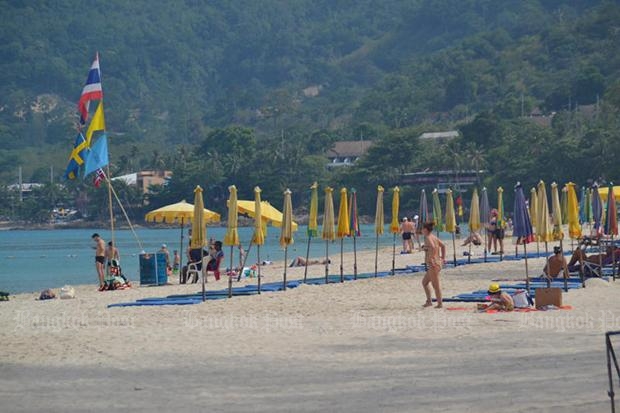 Patong beach in Phuket is one of the most popular attractions in Southern Thailand. (Bangkok Post file photo)

About 1,000 were open for business, although still without a construction permit.

Others were commercial buildings modified for use as hotels and operating with a permit.

Illegal hotels charge lower rates than the legal ones, forcing high quality and standard hotels to lower their room rates to be competitive.