Sultan Muhammad V, the incoming 15th king of Malaysia, inspects a ceremonial guard of honour during the king's welcoming ceremony at Parliament House in Kuala Lumpur on December 13, 2016. Malaysia's unique revolving monarchy was passed on December 13 to the sultan of Kelantan state in a ceremony which comes just once every five years. / AFP PHOTO / MANAN VATSYAYANA

In a ceremony steeped in pomp and centuries of tradition, the 47-year-old Sultan, dressed in gold-coloured traditional Malay formal wear (formal attire), took the oath of office in the national palace in Kuala Lumpur.

The ceremony, marked by honour guards and Islamic prayers, was televised nationally and attended by Prime Minister Najib Razak and hundreds of guests decked out in Islamic finery.

Sultan Muhammad V is currently the ceremonial ruler of the conservative Islamic northern state of Kelantan.

He takes the national throne under the rotating monarchy in place since independence from Britain in 1957.

In a unique arrangement, the throne of the Muslim- majority country changes hands every five years between the rulers of the nine Malaysian states still headed by Islamic royalty.

Sultan Muhammad V studied at St Cross College at Oxford and the Oxford Centre for Islamic Studies, according to official media.

The new Sultan is known for a relaxed public persona.

He takes part in walkathons to promote health and has even been photographed wearing a baseball cap backwards.

The Sultan "fills his free time by reading and has an interest in extreme sports such as four-wheel drive expeditions and endurance challenges and shooting," Bernama news agency said. 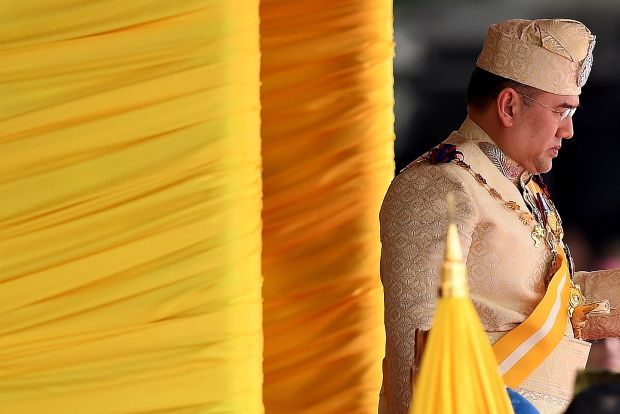 Portraits of the king and queen adorn government buildings throughout the country.

The king is also the symbolic head of Islam in the nation, as well as the nominal chief of the military. 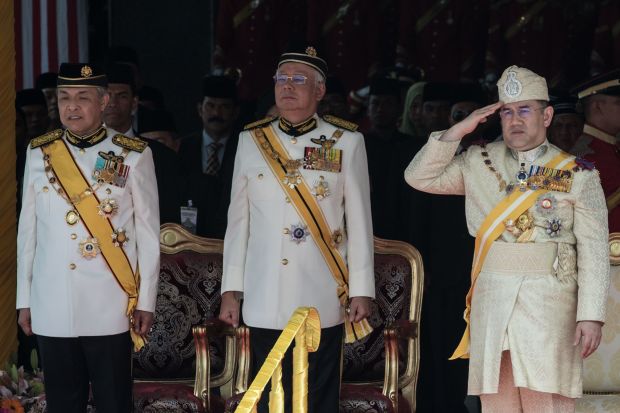 SULTANS TRACE LINEAGE BACK TO THE 15TH CENTURY

Malaysia's sultans trace a lineage back to Malay sultanates of the 15th century.

The king is referred to as Yang di-Pertuan Agong, or "He Who Is Made Lord".

Sultan Muhammad V replaces Sultan Abdul Halim Mu'adzam Shah from the northern state of Kedah, now 89, who was king previously in the 1970s and became the first person to hold the position twice.