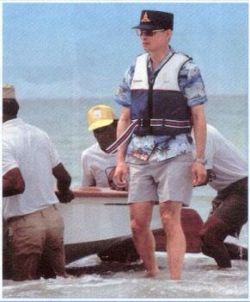 The late King as sportsman at seaside with sailboat (Source: Facebook)

A new special archive for the late King His Majesty Bhumibol Adulyadej is being planned.

Public contributions will be an important part of this new archive.

This is according to Culture Minister Veera Rojpojchanarat.

"At present, we have more than 40,000 photos, 10,000 condolence poems and 200 songs taken or written by National Artists and the public; however we still need to collect more material to complete the archive," Mr Veera said.

He urged the public to provide the National Archive of Thailand (NAT) with any contributions they think might be worthy.

"All photos and video clips have their own archive value and could possibly be selected by the Culture Ministry to be stored in the archives," he said.

His Majesty King Bhumibol with Khun Thong Daeng (at the king's right shoulder) and her nine puppies. (File photo)

Mr Veera said the NAT has only 480 contributors recording events related to the late King since his death, so the public would be most welcome to make their own.

They can send their photos or video clips directly to NAT headquarters in Dusit district. 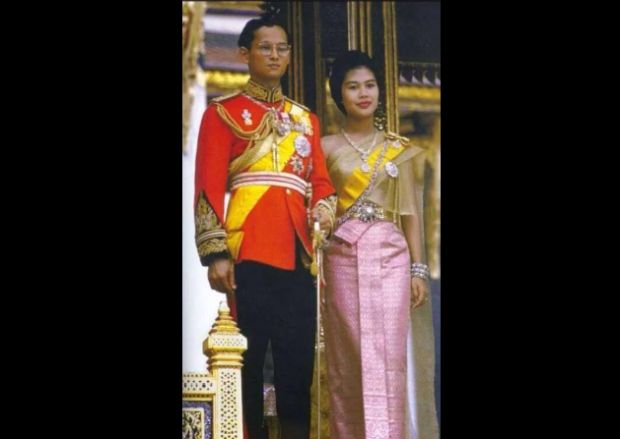 The late King together with the Queen in their youth (Source: Facebook)

If their material is selected, they will be credited, he said.

NAT archivist Chawan Koopipat asked the public to send original and not doctored (photoshopped) photos for the archives, since the project's aim is to capture and record history accurately for people in the future. 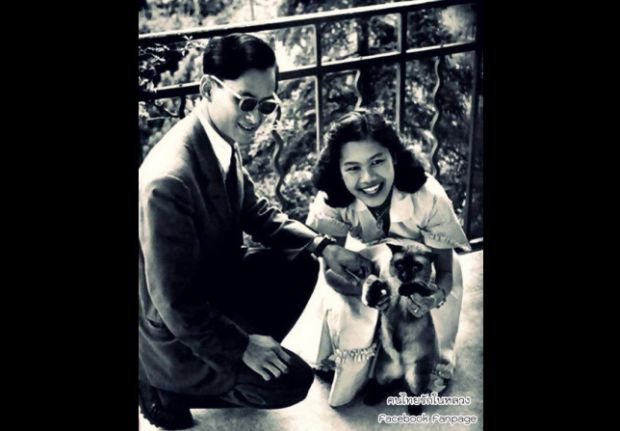 His Majesty the late king with the Queen playing with a cat (Source: Facebook)

Extensive online archives are now available to the public of photos of the late King's life.

Perhaps the most impressive collection is the Facebook collection of Primrose C. Nichchaya with over a thousand photos in two galleries of rare images of the late King (see here).

The number one Thai web board Pantip.com has a nice collection of links where people can see images of the late King in four categories (see here).

Many of the best photos capture something unique not seen elsewhere like the photo above of the late King watering a small papaya tree as a government official sits nearby smiling. 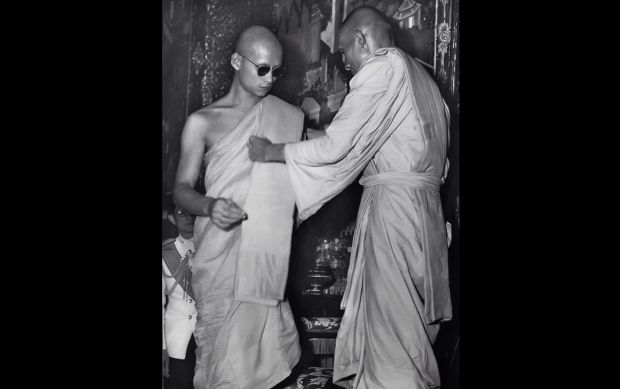 The late King ordained as a monk (Source: Facebook)

MATERIALS TO BE ARCHIVED

The Culture Ministry plans to save documents, photographs, video clips, condolence poems, maps and plans as well as all sacred rituals relating to the late King Bhumibol Adulyadej for the national archives.

The Culture Minister said the archives will be divided into five parts:

1. A biography and royal initiatives of the late King,

3. Religious ceremonies and merit-making for the late King at the Grand Palace,

4. Building and preparation of the royal funeral pyre and..

5. The royal cremation ceremony for the late King. 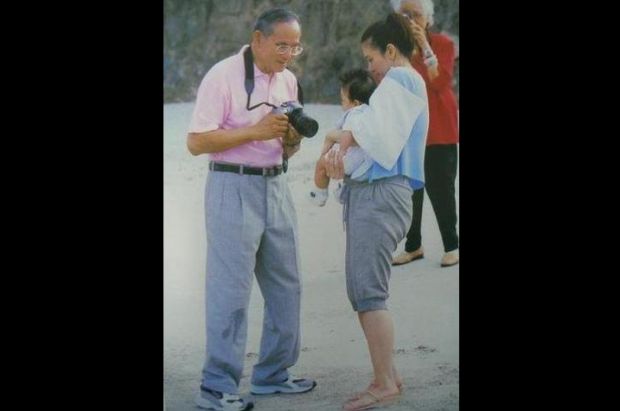 Encounter of the late King with a baby on the beach (Source: Facebook)

Mr Veera said the ministry has compiled photos, newspaper and video clips from the public, news media and various agencies, who have recorded many moments since the passing of King Bhumibol Adulyadej on Oct 13.

Mr Veera said the ministry also plans to organise a special exhibition about Thailand's monarchy, the late King's philosophy on the sufficiency economy and a collection of photographs submitted by the public. 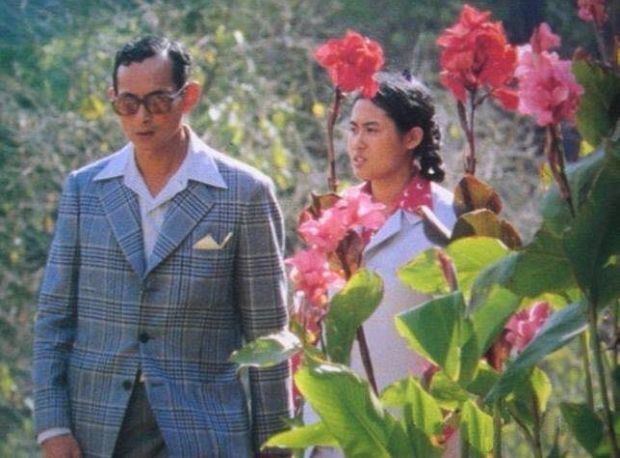 The late King with his daughter Her Royal Highness Princess Sirindhorn behind some flowers (Source: Facebook)

Most say it's too early to reopen country: poll