China's impact on the Thai economy

Goods being loaded on Chinese ships at Chiangsaen's port to travel upriver to Yunnan, China.

An increased flow of people & goods between Thailand & China means change & with change there are always costs & benefits, reactions to changes & more change.

China's impact on the Thai economy

The influence of China along the Mekong River is increasing.

This includes influence over the economies of the so-called Greater Mekong Subregion (GMS) which includes the six countries located along the Mekong River: Cambodia, Laos, Myanmar, Thailand, Vietnam, and Yunnan Province of China (See here).

As with anything new, the new influence brings with it benefits and costs.

A Thai small business woman purchases cheap clothes from an online Chinese dealer, then resells them in her local market for a higher price making a profit. These imports, however, may displace some Thai companies producing clothes for the Thai market.

More and more Chinese are coming to stay in Thailand as students and long-term tourists, some of whom stay on to start businesses, building Thai-China connections and business relations and helping the Thai economy grow (see here).

A hotel manager in Phuket wants to learn Chinese to better serve his customers, but he also feels put off by their sometimes noisy and unruly behaviour.

In a town in Chiang Rai province, locals found a Chinese-operated contract banana farm deploying a heavy amount of chemicals in their produce that can also work itself into the local water supply (see here).

A durian farmer in Rayong enjoys a better income from selling his fruit to Chinese merchants, who will pay higher prices than locals -- about 90 to 100 baht per kilogram in comparison to the regular Thai price of 70 baht. However, the new hiked-up prices have upset his long-time local customers.

On the other hand, the income of Thai compost producers is declining as several key ingredients, including durian husk and other fruit peels, are being bought off and sent on transport trucks bound to China via Laos' R3A highway. 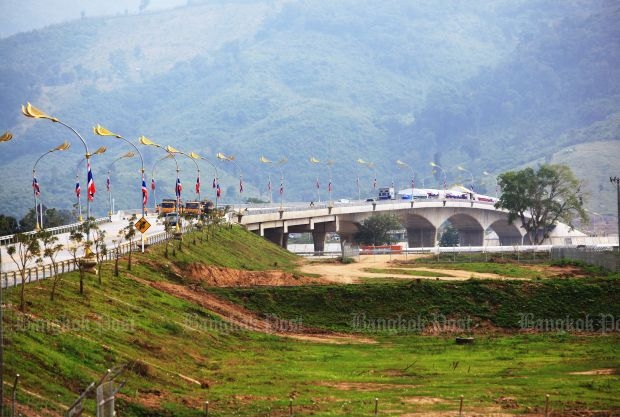 The Fourth Friendship Bridge between Laos and Thailand located in Chiang Khong.

The R3A highway, running from Thailand through Laos to China, was opened in 2008 after the Greater Mekong Subregion Economic Corridor Cooperation programme was established. 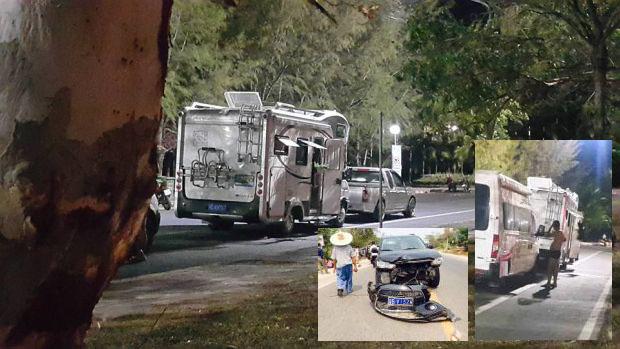 A motor home and a van from China parked on a road in Phuket. Photo from Mint Idea-Tv Facebook page. Inset: Person living in motor home on public sidewalk wearing underpants or bathing suit, wreckage of Chinese after fatal collision with Thai motorcycles.

During Chinese New Year, Thai locals began to see a new influx of Chinese caravans and campers. The impact of this influx of new Chinese visitors included some high profile road accidents and people camping on public streets (see here). The government eventually took steps to reduce the number of Chinese vehicles entering Thailand (see here). This in turn caused a backlash when local businessmen in northern Thailand claimed the policy had led to a huge fall in Chinese tourists and had hurt them economically.

Meanwhile, in Laos entire towns are being redesigned to make way for China-bound  railroads. The suburbs of Luang Prabang and Vientiane are slowly beginning to resemble parts of Yunnan province in China. 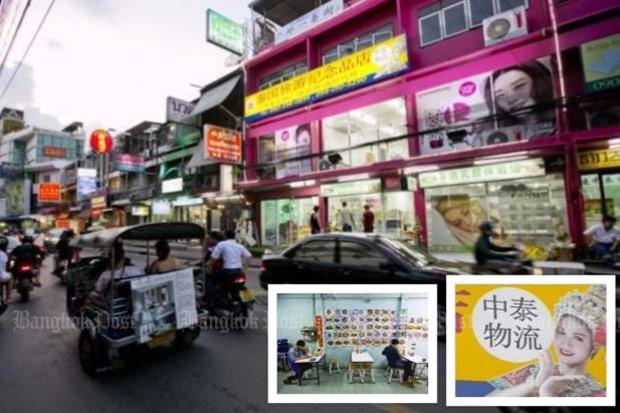 New Chinatowns in Bangkok surprise the passerby with a sea of signs in Chinese and many Chinese restaurants, some serving local cuisine from Yunnan.

The Commerce Ministry reported that China had the highest share, or 10.8%, in Thailand's export market, only trailing the US, between January and November of last year.

But since 2015 China has experienced a slowdown in its economic growth. The effects were felt in many countries, including Thailand,  which depend on exporting goods such as electronic parts and raw materials serving China. 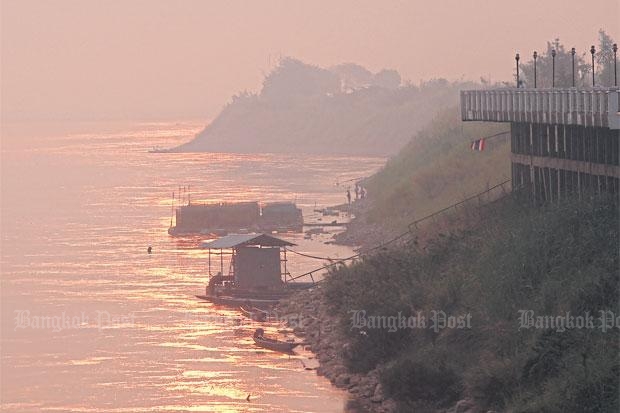 At the meeting, Mr Li vowed to provide US$1.54 billion in loans and up to $10 billion in credit lines to fund infrastructure and improve transport networks in the Mekong region, including railways, waterway, ports and air transport infrastructure.

The meeting was later followed up with an LMC ministerial meeting in Siem Reap, Cambodia, on Dec 23.

Four days later, the Thai cabinet approved a plan to develop infrastructure to improve water transport in the Mekong River between 2015 to 2065 alongside other LMC countries. 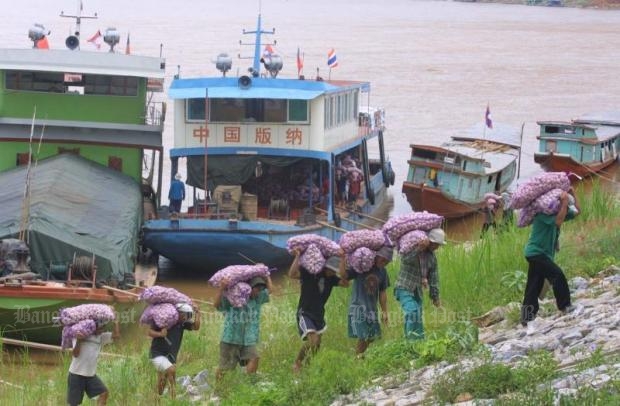 In 2011, a new Chiang Saen commercial port began its operation. Border trade increased thanks to the new infrastructure, culminating in the Asean-China Free Trade Agreement (FTA), effective as of 2010.

Last year, over 3,500 commercial ships arrived at the Chiang Saen commercial port. The vast majority of these ships were Chinese and Lao vessels hired by Chinese businessmen. Only one was Thai, according to local people's observations. Chiang Saen Customs reported goods imported from China, valued at 704 million baht -- up from the 483 million baht recorded in 2012.

The top imported goods were garlic, sunflower and pumpkin seeds, and pomegranate. Garlic from China is being used more in local cooking as a result.

At the same time, the top export products at Chiang Saen Customs were frozen chicken parts and pig.

The Mekong River's rocks will soon be blasted away to allow commercial ships with a 500-tonne carrying capacity to pass through a channel from Yunnan in China, Luang Prabang in Laos to Chiang Rai in Thailand all year round.

Currently, only ships with 100-300 tonnes in carrying capacity can pass through Mekong River due to natural rapids that obstruct the water transport route during the dry season. 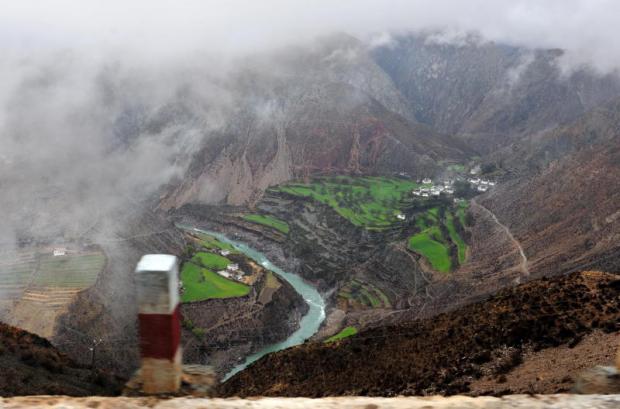 MIGHTY: The Mekong River winds its way downstream through the foothills of the remote mountains of southwest China's Yunnan province. photo: afp

Many Chinese development projects, ranging from copper mines in Myanmar to paper pulp mills and thermal power plants in Vietnam to heavy-chemical banana farms in Thailand, have raised environmental concerns.

Some perceive the power of Chinese investors in their country as being a "threat to sovereignty".

The recently suspended Myitsone Dam project in Myanmar, funded by the Chinese, is a case study in political caution.

The project became a controversial subject because it was located in Kachin state in the far north of Burma near the Chinese border with Yunnan. This is a heavily militarised area, and electricity would have been directed to Yunnan.

Upper Mekong hydropower dams were set up in China's territory 20 years ago.

The downstream water levels and movements are no longer shaped by natural seasons.

With this came the disappearance of many fish species.

Vegetables farms at the river bank became vulnerable to inundation overnight -- in any given season.

Fishermen were forced to change their jobs to escape poverty. 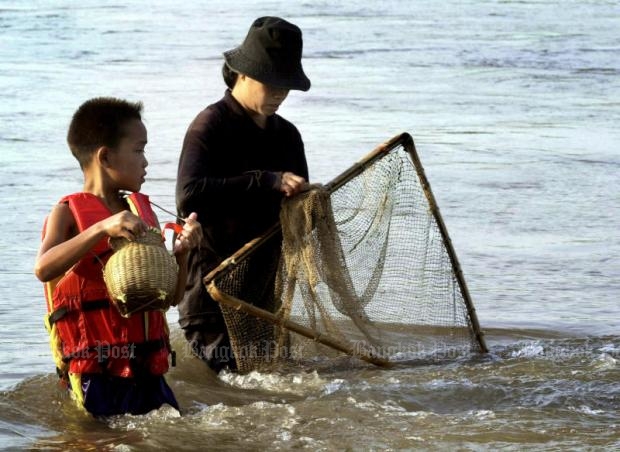 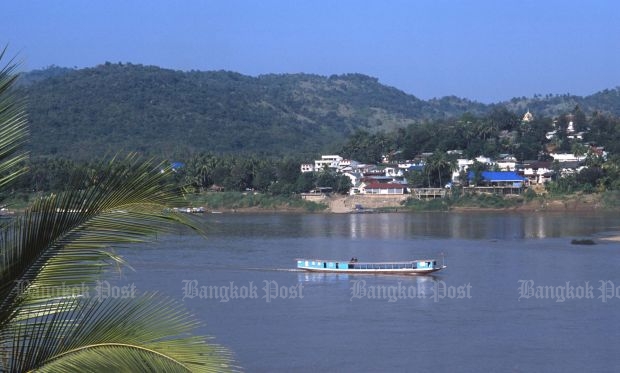 View of the town of Huai Sai on the Lao side of the Mekong River, taken from the Chiang Khong side of the river. 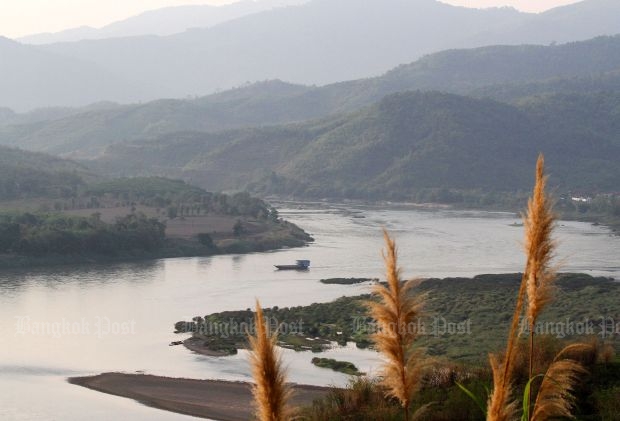 Outside of Chiang Khong, the Mekong River meanders its way from China and Chiang Saen in the north South to Luang Prabang in Laos providing many scenic views along the way (Source: Wikipedia) 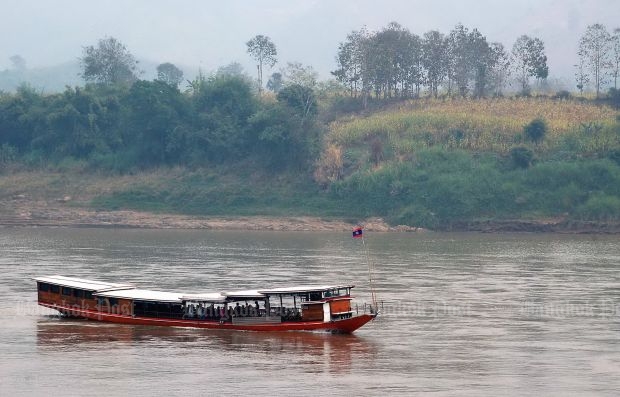 One of the slow boats used to travel south along the Mekong to Luang Prabang in Laos.