Supreme Court Justice John Roberts (2L) administers the oath of office to U.S. President Donald Trump (L) as his wife Melania Trump holds the Bible and son Barron Trump looks on, on the West Front of the U.S. Capitol on January 20, 2017 in Washington, DC. Drew Angerer/AFP

AFP – President Donald Trump assumed power Friday with a fiercely nationalistic vow to put "America first," declaring a new political era after being sworn in as the 45th US head of state.

Hundreds of thousands of people stood in the rain-splattered National Mall to see the 70-year-old Republican billionaire take the oath of office and deliver a stridently populist call-to-arms. 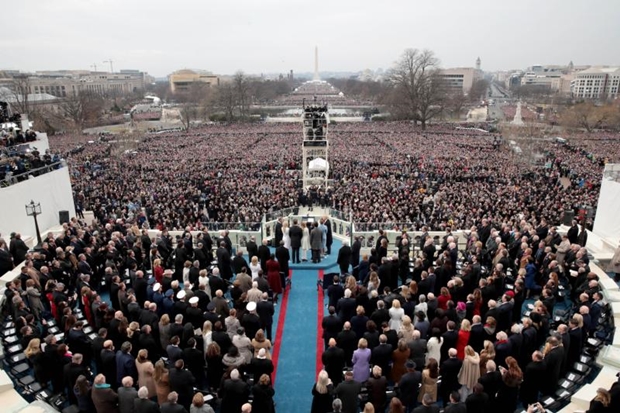 Another view of the oath-taking ceremony. Scott Olson/AFP

"From this day forward, a new vision will govern our land," Trump said, promising an end to business-as-usual in Washington. "From this moment on, it's going to be only America First." 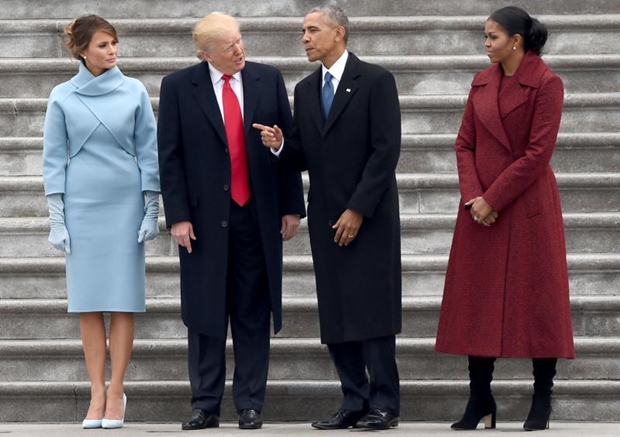 Moments before, the incoming US leader had placed his left hand on a bible used by Abraham Lincoln and recited the 35-word oath spoken since George Washington.

While the US capital city no longer provides official crowd counts, the turnout was visibly smaller than for Barack Obama's two inaugurations, in 2009 and 2013, with sections of the Mall and bleachers along the parade route left empty.

And as the incoming leader rallied his supporters for the swearing-in, throngs of his opponents also converged on Washington.

Most of the protests – by an array of anti-racist, anti-war, feminist, LGBT, pro-immigration and marijuana legalisation groups – were noisy but peaceful, though sporadic violence marred the day.