Former Tourism Authority of Thailand (TAT) governor Juthamas Siriwan, wearing a face mask, keeps her eyes lowered while her daughter Jittisopha shields her face as they are taken to a cell at the Central Women's Correctional Institution on Wednesday after being given lengthy jail terms for accepting bribes. (File photo by Patipat Janthong)

This means that the mother-daughter pair, found guilty of using the position of national tourism boss during the Thaksin administration to personally pocket over 60 million baht in bribes, will be sitting in a prison cell rather than the comfort of their home in what could be a lengthy appeal process.

Bail was rejected on the grounds the mother-daughter pair were deemed flight risks due to the severity of their prison sentences for taking bribes.

At least some of the bribe money is also stashed away in foreign bank accounts and has not reclaimed by the Thai government yet, so fleeing Thailand would be a likely outcome of bail.

Their lawyer, Thanakorn Waekwaree, initially filed a request for bail, offering surety of one million baht cash for each of his clients, pending appeal.

The pair were put behind bars on Wednesday evening pending the Appeal Court’s decision on their bail requests.

The court’s decision to reject their requests was read out on Friday.

The duo were sent back to the Central Women's Correctional Institution to serve their jail terms.

Update based on information in Bangkok Post article here. 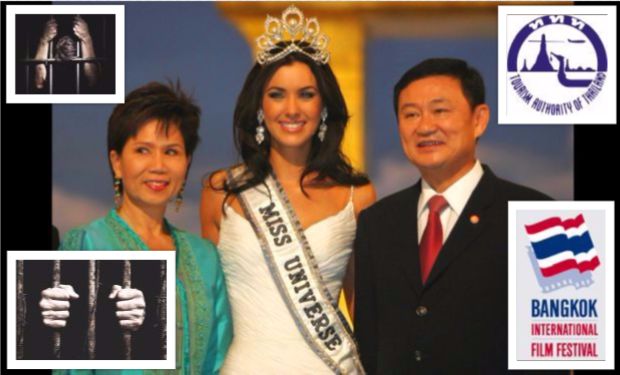 Jittisopha, 43, her daughter, received a 44-year prison sentence for ill-gotten wealth that her mother transferred to her.

A total of 62 million baht in assets will also be confiscated from the mother-daughter pair.

Only last week, the National Anti-Corruption Commission (NACC) had decided to seize Juthamas's assets for being 'unusually rich' and having used her government position to gain wealth.

UPDATE: TO BAIL OR NOT TO BAIL? MOTHER-DAUGHTER PAIR DECLARED FLIGHT RISK

After the sentencing a request for bail was, of course, made pending appeals that could take a very very long time, a decade is not unheard of, and then flight from the country if it looks like the two are really heading for a stay in prison.

But this time the chief justice declared that the mother-daughter pair were a flight risk because of the heavy penalties imposed.

And there is always the good possibility (or even eventual certainty) of a pardon, so few probably expect the two to serve even a fraction of their long sentence. 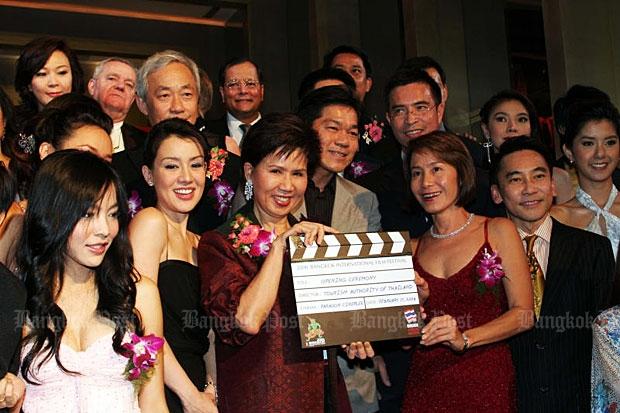 Then Tourism Authority of Thailand governor Juthamas Siriwan in happier days (third from left) partying with local celebrities and entertainment industry executives at a gala opening for the 2006 Bangkok International Film Festival on Feb 20, 2006. (Photo by Apichit Jinakul)

AMERICAN COUPLE WENT TO JAIL AGES AGO FOR BRIBERY

Back in 2010 the Los Angeles film-making couple Patricia, 58, and Gerald Green, 78, were sent to prison for six months in the US for bribing Thai tourism boss Juthamas to secure the annual Bangkok Film Festival from which they made millions of dollars in profits.

The couple also had to serve an additional home detention and made restitution of $250,000.

After bribing the Thai tourism boss an alleged US$1.8 million (63.3 million baht), the US couple was awarded a 60-million-baht contract to host the annual Bangkok International Film Festival between 2003 and 2006.

The Green couple were the first entertainment industry figures to be convicted and serve a prison term under a US law that prohibits bribes to foreign officials for business purposes. 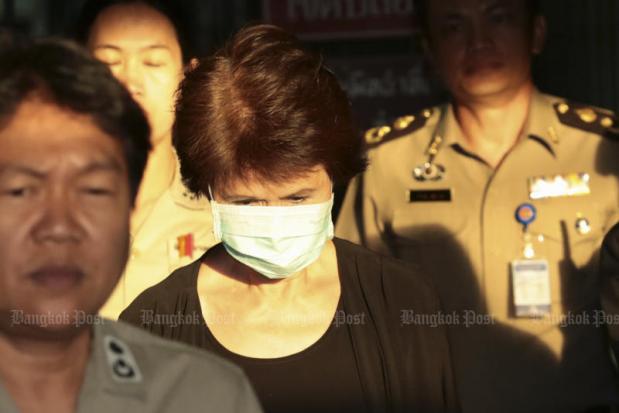 Former Tourism Authority of Thailand governor Juthamas Siriwan and her daughter (not in picture) are taken to Klong Prem prison from the Criminal Court on Wednesday. (Photo by Patipat Janthong)

Mrs Juthamas was first indicted by the Office of the Attorney-General (OAG) in August 2015.

The National Anti-Corruption Commission (NACC) has contacted US authorities to freeze the assets and will ask the US to transfer them to Thai state coffers under the United Nations Convention against Corruption in 2004 and other agreements.