Those street-food venues that remain open with be subject to stricter safety standards and limited hours of operation. PATIPAT JANTHONG. 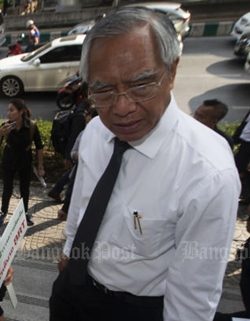 Vallop: Will train vendors on how to sell food. PAWAT LAOPAISARNTAKSIN

Street food will be improved in regard to hygiene and safety for tourists and locals, according to City Hall, which continues its programme to close down all street food sales despite public outcry.

Vendors in Khao San Road and Yaowarat Road are able to ply their trade in their original spots but service hours need to be adjusted, he said.

Vendors will not be allowed to sell food around the clock, Mr Vallop said.

The BMA has issued pavement regulations in response to a large number of complaints by residents who say street vendors obstruct footpaths, forcing them to walk in the street, he said.

City officials have been instructed to work out how to tackle illegal street vending and food quality, Mr Vallop said.

Health Department officials in Samphanthawong district, which oversees Yaowarat Road; Phra Nakhon district, which is responsible for Khao San Road, and traffic police are working together to solve the problems.

Meanwhile, a team of city officials is speeding up the introduction of rules regulating the sale of street food on Khao San Road and Yaowarat Road, Mr Vallop said. 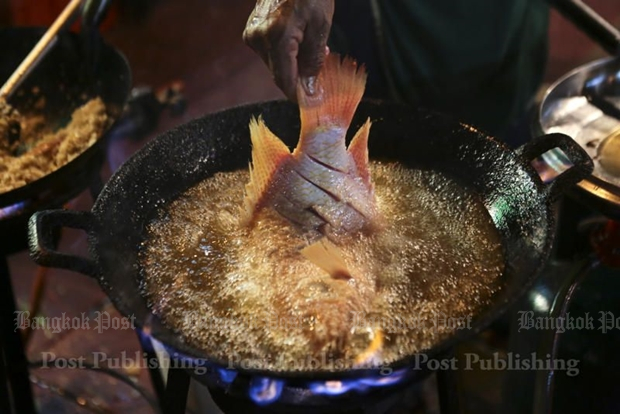 Officials are preparing a training programme for street vendors who have registered with authorities to sell food in the city, he added.

The programme involves good hygiene practices in the preparation and sale of food, waste management and dress codes concerning food vendors, he said.

All vendors are required to attend the programme, Mr Vallop noted, saying they will receive a certificate if they complete it.

Inspections will be conducted periodically to boost consumers' confidence, he added. 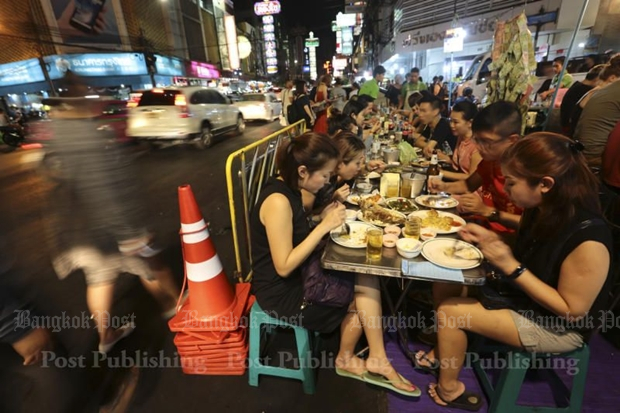 People enjoy street food, literally on the street in Yaowarat Road. The thoroughfare, which is famous for its street food, will be allowed to carry on serving though City Hall has banned street vendors in many parts of the capital. (Photos by Patipat Janthong)

The issuance came after local media reported earlier this week that the Bangkok Metropolitan Administration (BMA) plans to wipe out all street food from the city by the end of this year.

The BMA was hit with a barrage of criticism this week after it started to ban street food from Thong Lor on Monday. Last month, CNN voted Bangkok the world's No.1 city for street food for a second year running. 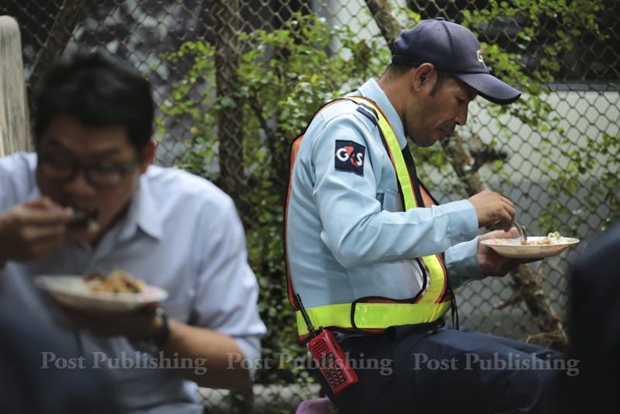 Street food is a way of life for many low-income workers.

The food ban marks the latest measure in a clean-up campaign orchestrated by the National Council for Peace and Order that City Hall has been implementing for the last two years.

Vallop Suwandee, chairman of a group of advisers to Bangkok governor Aswin Kwanmuang, said yesterday the BMA plans to maintain certain spots on the two roads, which are among the city's top attractions for foreign visitors.

He said the BMA is aware that Thailand has gained a strong international reputation for its street food, which ranges from gang kiew waan gai (green chicken curry) to giem ee (Chinese-style handrolled noodles). 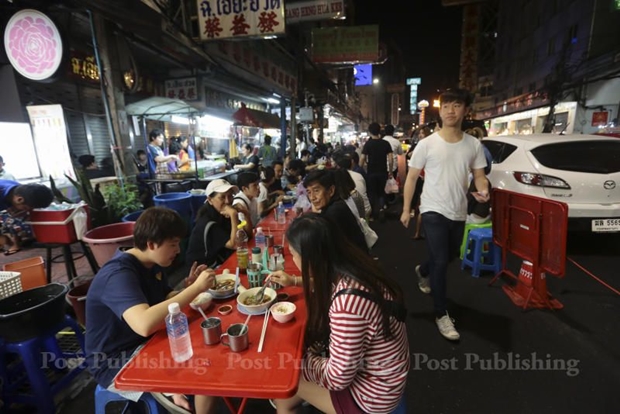 Many Bangkok pedestrians support the city government's efforts to get street vendors off the footpaths.

The agency is now choosing which areas should be exempt from the ban and how to regulate them, he added.

City Hall is also working with related agencies on how to manage the issue and keep vendors in line, officials said.

The BMA will hold a press conference today to disclose its plans, it said.