Uncle Fatty doing what he loves to do the most, eat. (Source: Facebook of คนรักลิงหัวใจแกร่ง)

Shocking eating habits of this famous monkey led to his relocation to a wildlife rescue center to check on his health.

The long-tailed macaque weighed a whopping 15 kilogrammes twice the average 8 to 10 kilogrammes.

The huge distended belly of the monkey looked like it acted as a severe impediment to walking. 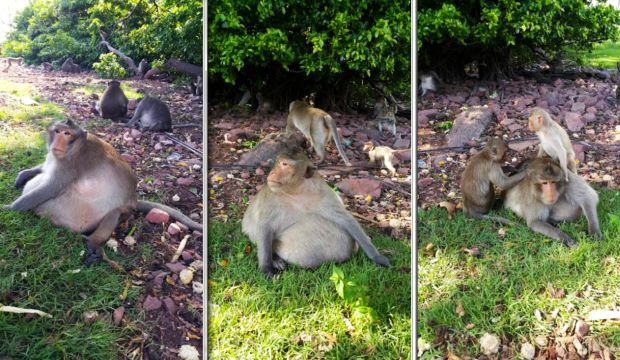 Uncle Fatty in different poses from just ate a big meal and can hardly move to time to play with the kiddies.

The monkey lives near a floating market in Bangkok’s Bang Khun Thien area.

He had apparently gained weight and ballooned to his present gigantic size from just sitting there all day long and eating all the little treats that people feed him as they walk past him.


Officials at the National Parks, Wildlife and Plant Conservation Department first injected a sedative to calm the big monkey.

Then they transported him to a wildlife rescue center (wildlife sanctuary, wildlife reserve) in Nakhon Nayok where the monkey's health will be checked and monitored.

Many a human non-monkey probably wishes such lavish care was bestowed upon them as well. 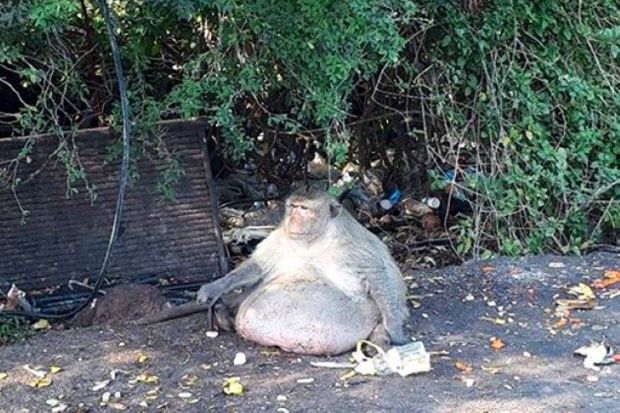 The fat little monkey turns out to be a rather famous monkey too, nicknamed Uncle Fatty.

He is famous in the local monkey world as a senior monkey who looks after all the baby junior monkeys:

"The babies love climbing on him because he always has food hidden under his fat stomach."

"Uncle Fatty is not ill, he’s just old and doesn't like to move."

"Only sometimes people will see him teach younger monkeys how to climb and swim."

This is according to Coconuts Bangkok translating a Facebook page in the Thai language, see here & here.

The Facebook Group works to keep the monkeys free and roaming around in the Bang Khun Thian area and preventing monkey's from being caged or removed by people or the government. 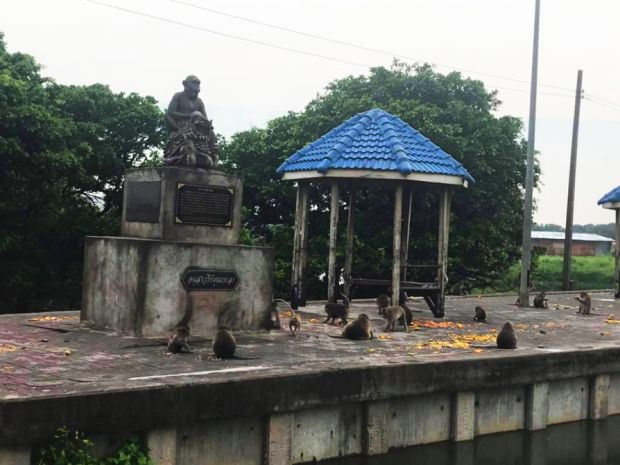