First bomb inside sent shoppers into panic fleeing outside where a second bomb exploded.

The first explosion occurred about 2.10pm and the second shortly afterwards.

Another suspicious object was found at Diana department store in Muang district.

This is according to Police Colonel Preecha Prachumchai, a deputy superintendent at Muang police station.

FIRST A BOMB INSIDE, THEN AS SHOPPERS FLEE OUTSIDE, A BOMB OUTSIDE

The first bomb went off near the food centre inside the Big C building.

The second bomb followed shortly afterwards outside the building, after shoppers and staff had left the building in panic, authorities said. 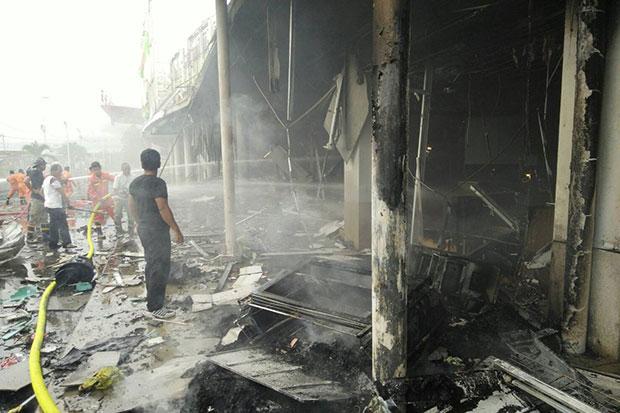 At least 37 people were injured by the explosions.

All the injured were sent to Pattani hospital.

The hospital called for urgent blood donations, especially Group A/B and B.

The pickup truck used for the bomb outside the hypermarket had Yala licence plates.

Authorities were checking on the ownership. 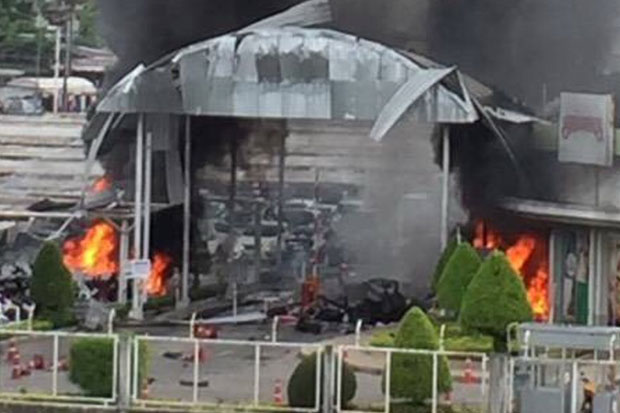