Inset: Maj-General Rittee Intravudh, director of the Army Cyber Centre, in charge of searching for and blocking content, Takorn Tantasith, secretary-general of the National Broadcasting and Telecommunications Commission, official censor and regulator, who ordered all illicit websites and content blocked by next Wednesday; the official seal of the Army Cyber Centre or censorship unit and the famous symbol of censorship, with eyes and mouth covered, used worldwide in countries that do not share any common language by artist Eric Drooker.

Authorities have given Facebook until Tuesday morning to remove the 131 remaining posts that a Thai court ordered to be removed or face legal action.

The decision was made by the National Broadcasting and Telecommunications Commission (NBTC) and the Ministry of Digital Economy and Society (DE).

The deadline was set at 10am, NBTC secretary-general Takorn Tantasith said on Thursday. 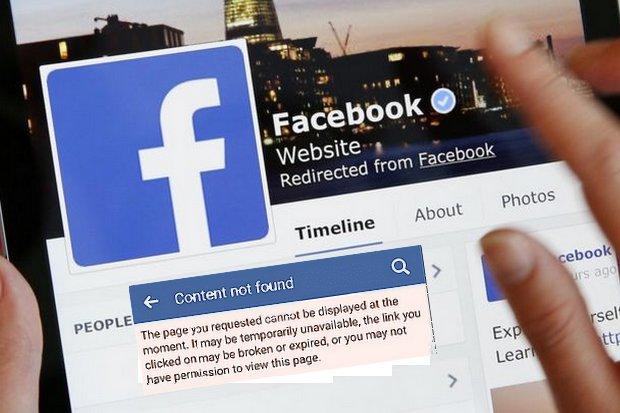 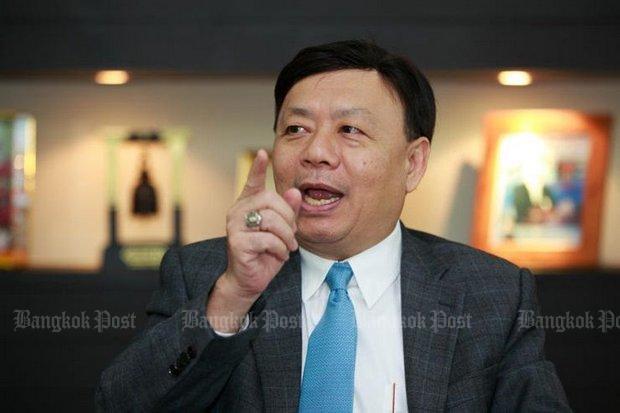 Takorn Tantasith, secretary-general of the National Broadcasting and Telecommunications Commission, official censor and regulator, has ordered all illicit websites and content blocked by next Wednesday

FACEBOOK ONLY REMOVED 178 of 309 POSTS ON CRIMINAL COURT BLACKLIST

Representatives of TISPA, which is responsible for 95% of the internet traffic in Thailand, told NBTC and the DE on Thursday that Facebook removed 178 of 309 posts on the Criminal Court's blacklist.

The remaining 131 posts were still accessible in Thailand and Facebook did not explain why.

Mr Takorn said DE would be the main agency to press charges if the deadline was not met.

The DE is empowered to control illicit content on websites by using the Computer Crime Act (CCA).

The legal action would first be against Facebook Thailand and its partners, he said. 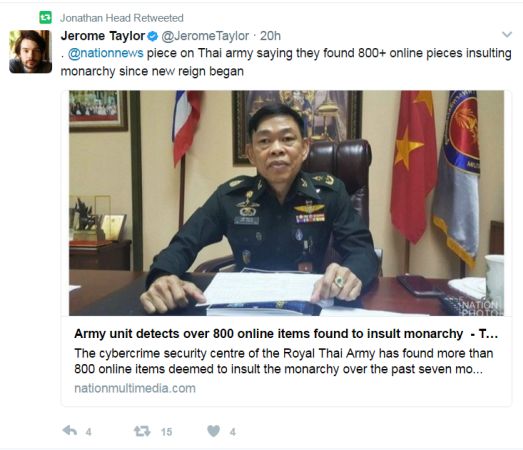 This is according to Dhiraphol Suwanprateep, partner for information technology and communication at the international law firm Baker & McKenzie Ltd.

"If Facebook Thailand was registered as a separate entity, it cannot be sued since it has no power to control illegal [Facebook] content," said Mr Dhiraphol.

The government may also find it hard to sue ISPs as they were not the ones who posted the illegal content.

"It can only press charges against the ISPs as supporters if it has proof they have ignored [orders] to remove the illegal content," said Mr Dhiraphol.

However, from the technical perspective, it is very difficult for an ISP to know where those URLs or posts which contain illegal content actually are.

THAI ISPS DO NOT HAVE CONTROL OVER DATA MANAGEMENT & STORAGE

Normally, ISPs do not have control over data management and where illegal content is stored.

They are responsible for traffic flow, but they do not know where the content in such traffic originates.

They do not own the content and they are not responsible for uploading the content whether illegal or not.

These are just the realities of contemporary global communication in a hyper- connected world that makes control over what people read and censorship very difficult indeed.

"Forcing local ISPs to handle illegal content is not practical as they do not have the full capability to monitor and remove content."

"Under internationally recognised principles, ISPs are merely intermediaries and are exempted from charges in regard to illegal content under safe- harbour principles,” said Mr Dhirapol.

CHINA MODEL ONLY OPTION FOR BLOCKING ALL ILLEGAL CONTENT

He added that censoring content was not a problem only in Thailand since it happens globally.

If a government needs to block all illegal content, they will have to use the China model -- shutting down the entire Facebook service, which can block 80-90%.

The question is whether they have an alternative for users, he said.

While China blocks Facebook, it has similar services, the most popular of which is Sina Weibo.

Mr Dhirapol said a government also can shut down caching or content delivery network (CDN) servers but this would drastically slow down the network traffic and create negative effects on users.

Shutting down Facebook entirely could have a negative effect on Thailand's tourism industry because many people rely on Facebook in their business life and family.

Sinopharm vaccine gets the green light